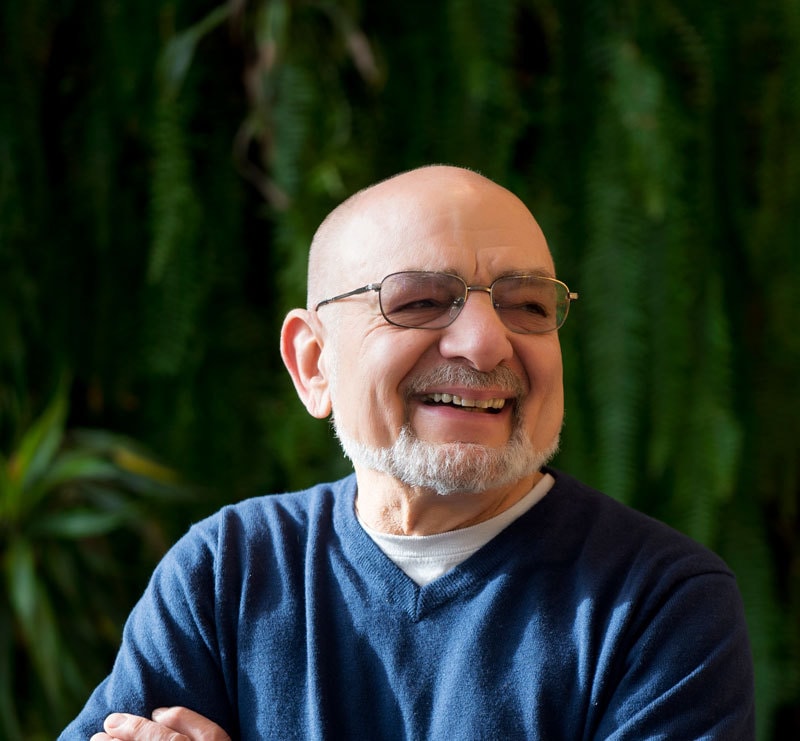 Rachel Hall and Joseph Polacco do not know one another, yet their intertwined universes are undeniable. Both are celebrating recent publications. Hall is gaining recognition for Heirlooms, a collection of expertly crafted short stories that tell a rich multi-generational history of Jewish survival and identity. Vina: A Brooklyn Memoir is Polacco’s loving tribute to his Italian mother, celebrating her lasting spirit.

Heirlooms and Vina are the first full length publications for Hall and Polacco. Hall, with family and a rooted history in Columbia, is a Professor of English at the State University of New York-Geneseo. Polacco, originally from Brooklyn, is Professor Emeritus of Biochemistry at the University of Missouri-Columbia. Both are recognized in their fields; Hall has been honored for several of her stories and essays and has also received Chancellor’s Awards for Excellence in teaching and for her creative work. Polacco, twice a Senior Fulbright Fellow, also received the International Engagement Award.

Hall’s collection is fictional, despite roots in family history. As her characters elegantly navigate heart-wrenching struggles, readers become swept away in the choices of survival, as well as their costs.

“I grew up hearing many my mother and grandparents’ stories of their lives during the German Occupation of France and their immigration to the United States,” Hall says. “Like many family stories, parts were smoothed over or forgotten or tidied up. I’d ask questions and hope for another detail. Sometimes I’d get one, but often, my questions weren’t satisfactorily answered. In order to write the stories, I invented and embellished. I also researched extensively — traveling to France, but also reading journals about the time period, about adoption, immigration, even shampoo-making, which my characters engage in after the war in America. So I started out with real events and anecdotes, but needed imagination and research to turn them into stories.”

Polacco’s documentary approach is less encompassing than Hall’s fiction, but his animated portrayal of family and friends nonetheless pulls readers into the tightly knit Jewish-Italian nest, under his mother’s protective wing. He acknowledges that the journey of writing Vina brought him new understanding of how he could belong to more than one place, more than one people.

As he helped care for Vina in her last years, and began gathering stories in earnest, it became obvious that his story of belonging and affection was larger than just the Vina story.

“Motherhood is universal,” Polacco says, “and so my university colleagues were very supportive and understanding. Arriving in LaGuardia, though on a melancholy mission, is like taking a quick New York immersion under a cold shower. You’re in, you’re acclimated, you’re a New Yorker before even getting out of the terminal. My accent changed almost instantly.”

Vina is filled with photographs, images of people at defining moments though time, their picture smiles rarely changing to create an attainable solidity in their ever-changing background.

In Heirlooms, the images are formed by the reader and from Hall’s vivid descriptions. The liberty of fiction allows her to show us varied expressions carried on the faces of her characters, the thought behind a wrinkled brow, the tension that sits even between loving family members, the truth that no one character can see on their own.

Vina and Heirlooms feature many places, times, history, people — all tangled together creating a cohesive story, all the threads spun to yarn.

Polacco says, “Mom’s interactions with folks in different places and contexts created a variety of “patterns” that I tried to portray. And, when superimposed, patterns of these “swatches” created a congruent overlap that defined Mom.”

Hall considered the medium of characters to reach her audience. “I was interested in telling individual stories from different perspectives. I also really enjoyed creating character, people who weren’t inspired by my family. I hope that writing from the point of view of these other characters broadens the overall story.”

In addition, Hall highlights the art of writing short stories versus novels. “… I love the short story as a form — the way it allows you to go in deep with a glimpse, but I also wanted to tell a longer, layered story,” she says. “I hoped that putting the stories together would create a novel-like structure.”

The books are truly cohesive wholes, despite (or because of) their fragmented nature. Learn more about the authors and their titles at www.rachelhall.org and www.josephpolacco.me.