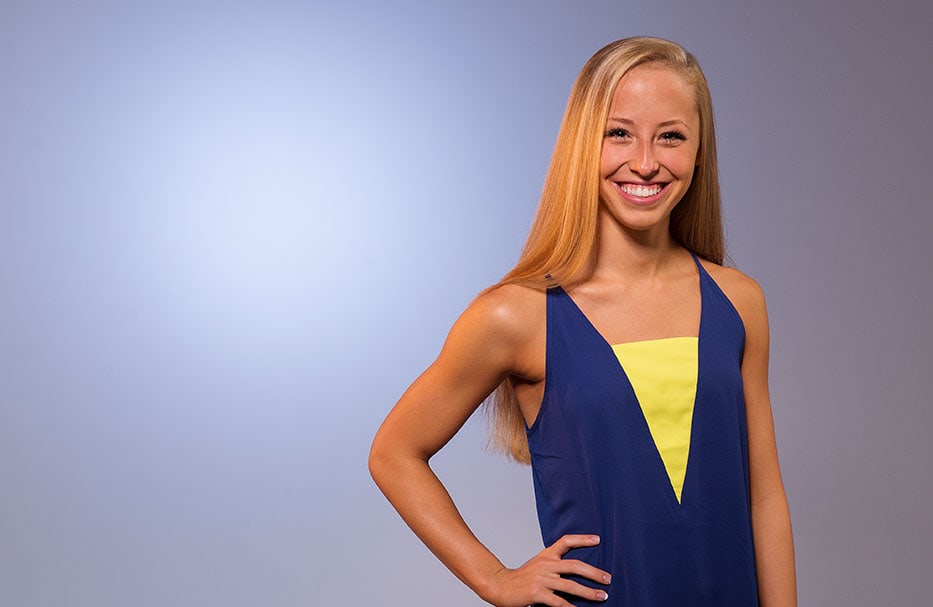 Dance transformed Kaylin Maggard, a senior at Rock Bridge High School, from a self-described shy and insecure girl into a strong female with high aspirations and a commitment to serve others.

“Because of dance, I know the importance of dedication, attention to detail, respect and humility,” Kaylin wrote in her essay. “I have embraced different personalities to work together as one team.”

She has been accepted to study dance performance at the Juilliard School in New York City, one of just 13 women accepted into the upcoming class. “My professional goal is to perform with a contemporary ballet company. I would also like to choreograph and teach in a studio setting, encouraging and pouring into young dancers’ lives the way my incredible instructors and mentors have done for me.”

While dance helped shaped the personal characteristics she needs to meet her goals, a mission trip the summer before her freshman year shaped her attitude toward helping others. She and her family participated in a mission trip to Harmons, Jamaica, sponsored by Won by One, an outreach effort of The Crossing church. While just a young teenager, she helped build a foundation for a new house, framed walls and set up a used clothing store for the people of Harmon.

“The most impactful experience was a group trip to the local infirmary, which served as home to many people who had no family to care for them,” Kaylin wrote in her essay. “There were many medical conditions, both physical and mental, and there was a strong smell of urine that initially caused hesitation as we began moving through the sleeping dorms. Within minutes, though, all pre-conceived fear diminished as I began talking with individuals. Though living conditions were so humble, I met some of the most gracious and joyful people I have ever been around.”

The trip was intended to help the people of Harmons deal with adverse conditions, but Kaylin concluded the trip helped her church group as much or more by exposing them to the lack of resources in many parts of the world. “What touched me and forever changed my perspective was the true privilege of working alongside the very special people, sharing in their lives for these few days,” Kaylin concluded.

Kaylin is the daughter of Bryan and Kerry Maggard of Columbia.