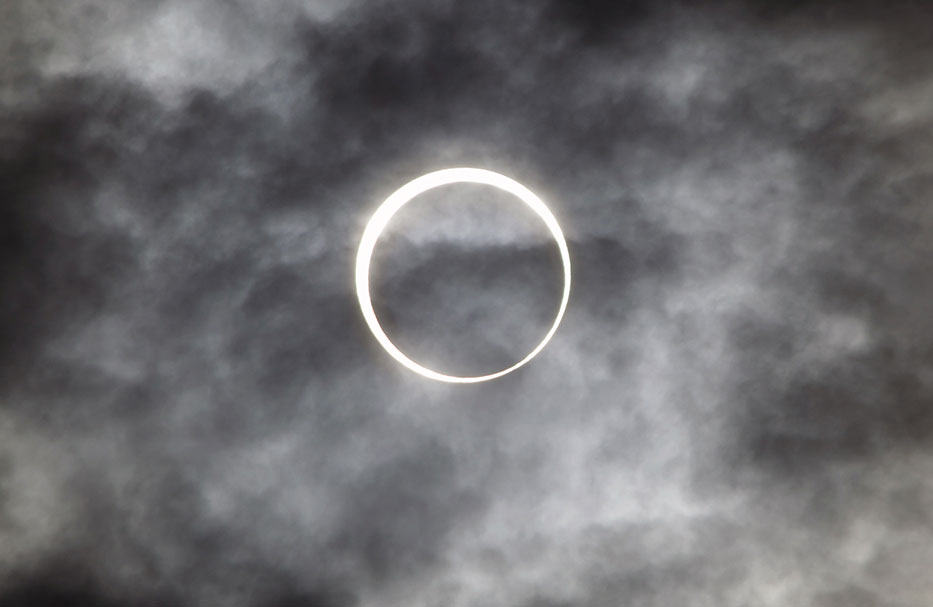 The entire planet is coming to your backyard this month. If you believe the hype, our highways will be jammed, restaurants overflowing. Latecomers to Columbia’s total eclipse will find no room in the inn. Better stock up on snacks. Sun Chips. Moon Pies. Get creative in the face of this onslaught of humanity.

It’s a big deal. Although total solar eclipses happen about 75 times per century, the shadows fall on different spots on Earth. This time, scientists, astronomers, worshipers, jet-setters and astrotourists will look for the perfect observation spot to toast the sun-moon’s congruous path — a narrow 60-mile-wide swath from Oregon through South Carolina. The total eclipse hits only north Kansas City and south St. Louis. But Columbia is near the center of totality.

Never in history has Earth’s population been so fearless in the face of a solar eclipse, and so mobile. The hordes may come here, but they will be merry hordes, unlike our ancestral eclipse viewers. More than 4,000 years ago two Chinese astronomers were executed because they failed to predict an eclipse. Tough gig.

In 1133, King Henry I died shortly after a total eclipse, prompting his subjects to believe eclipses are bad omens for leaders. Keep calm and carry on.

The ancient Greek word ekleipsis means “abandoned.” We know the sun will not abandon us on August 21. But what if it rains? Hey, August rain is a rare blessing. And look on the bright side: during the eclipse it’ll be dark anyway. A rainout won’t faze the hotels. They’ll stay booked. And when visitors return to Columbia after their search for clear skies, the revelry begins. For your backyard experience, prepare a rainy day plan.

Checklist
• Go to the NASA eclipse page:
eclipse2017.nasa.gov/
• Download the NASA app:
www.nasa.gov/nasaapp
• Tune in to the live NASA broadcast from Carbondale, Illinois.
• Wear wizard’s garb.
• Download drink recipes including “Ring of Fire” and “Eclipse on the Beach.”

Get helium balloons. Celebrate the discovery of the element helium in 1868 by French astronomer Jules Janssen while looking at the sun’s spectrum during a total eclipse. The name helium comes from the Greek word for sun, helios.

Rain or shine, have plenty of pots and pans to beat on. That’s what your ancestors did to scare away the demons who tried to eat the sun.

And food? The Chinese word for eclipse is shih which means “to eat.” One ancient Chinese account describes a solar eclipse as “the Sun has been eaten” by a cosmic dragon. So build a food tray in the image of the sun’s smiling face.
Google “eclipse party” and get recipes for rocketship fruit kabobs, edible constellations, chocolate moon cake, pizza moons and a hundred recipes for rocket fuel (make sure you copy the ingestible recipes, not the explosives).

“Earthquakes predicted
And someday soon
A total eclipse
Of the sun and the moon.”
— 1999 Pet Shop Boys

Upload your party tunes. Temper the heavy eclipsical messages by Metallica and Troops of Doom with the Beatles’ “Here Comes the Sun,” Van Morrison’s “Moondance,” and Yusuf Islam’s (Cat Stevens) “Moon Shadow.” Other total eclipse songs include Billie Holiday’s inspirational “Pennies from Heaven,” and of course, Bonnie Tyler’s “Total Eclipse of the Heart,” which has nothing to do with the sun and the moon, but what the hell, everybody knows the words. Oh, and that Carly Simon poison dart, “You’re So Vain.”

To impress the brainiacs in your crowd, tell how Sir Arthur Eddington confirmed Einstein’s Theory of Relativity during a 1919 total eclipse by watching starlight bend around the sun’s gravitational field.

And if you’re in a field, as with all cosmic experiences, practice safe solar viewing.