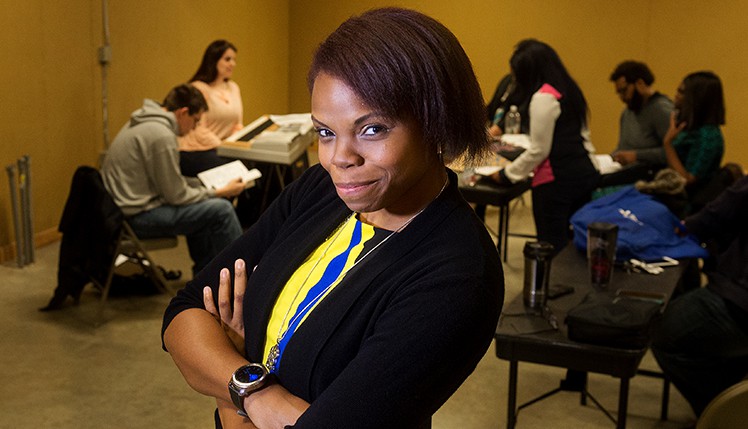 Maplewood Barn opens its 2018 season with an award-winning musical

New York City’s Harlem Renaissance erupted onto the arts scene nearly a century ago as one of the most influential periods for African-American literature, music and performance. Through the roaring ’20s, smoke-filled clubs transformed into jazz music halls attracting audiences to legendary artists such as Louis Armstrong, Bessie Smith and Billie Holiday. This revolutionary period served as the backdrop for the 1978 Tony Award-winning musical, “Ain’t Misbehavin’,” which ran for four years on Broadway with more than 1,600 performances. Here in Columbia, Maplewood Barn looks to bring a slice of Harlem home by kicking off its 2018 season with this jazz music revue.

When musician, conductor and actor Enola Riann White heard about “Ain’t Misbehavin’ ” being produced locally, she knew she had to be involved in some way. “Initially, I wanted to audition,” she says. “I wholeheartedly wanted to audition. And then I looked at my schedule, and I had two conflicts with shows. I thought, ‘Come on, how can I get involved with this show?’ I talked to my good friend [Director] Joel Shettlesworth and said, ‘How can you use me?’ He said, ‘I need an assistant director’ and I quickly jumped on top of that.”

While “Ain’t Misbehavin’ ” may be White’s first foray into directing, she’s no stranger to community theater and music. White has played saxophone with pit orchestras for various musicals at Maplewood Barn and Columbia Entertainment Company, and has also served as the conductor for larger shows such as “Mary Poppins.” “It’s a different kind of playing than sitting in a concert and playing what’s on the page,” White explains. “There’s a lot more to it. Rather than staring at the music, you have to time it with what’s happening on stage, you have to time out the lights. There’s a lot of integral parts to it.” 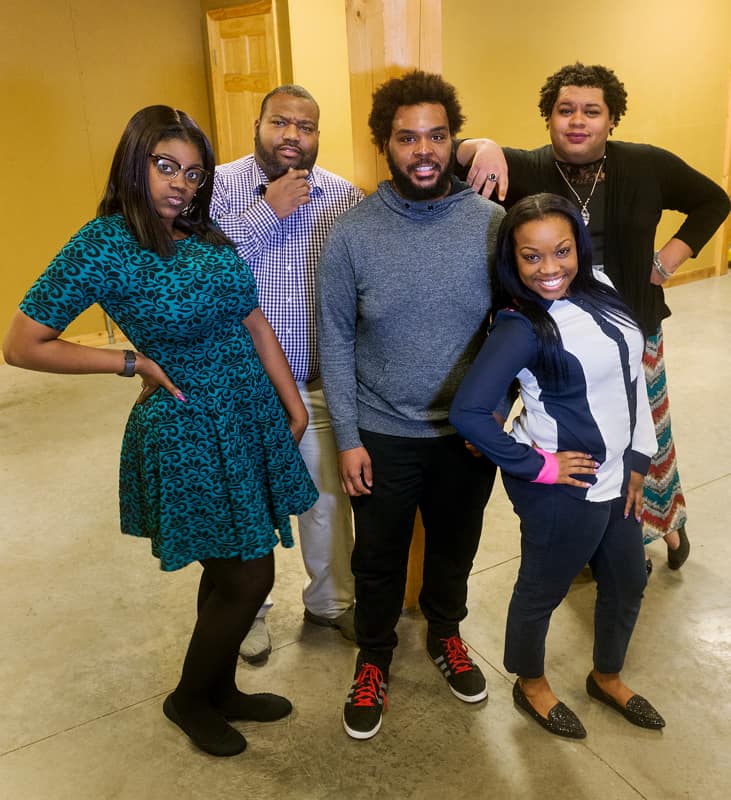 That passion for performance as well as her multilayered talents both on and off stage made White the perfect candidate to be an assistant director. In her role, White is charged with coordinating all things behind the scenes from scheduling rehearsals, to planning and organizing props and costumes. She serves as the liaison to ensure each member of the production team and the actors have what they need to create the best show possible. That’s where White’s experience serves her well. Her history playing in and conducting pit orchestras, performing as an actor onstage and even producing musicals has given her insight into all the aspects of creating a successful production. White has learned lessons from each role she’s held and is excited to add another bullet point to her already lengthy theatrical resume.

“I like to know things,” White says. “I like to gather as much information about different things as I possibly can so I can understand the process. I have an appreciation for each person in each role and understand how we can better work together.”

As for “Ain’t Misbehavin’,” White says she’s excited to work on a show celebrating black musicians. Being a music revue, “Ain’t Misbehavin’” might be different from the narrative-heavy musicals audiences are used to. The focus of the show is all about the music itself, moving from song to song with little-to-no dialogue in between and no set changes. Instead of a traditional story, “Ain’t Misbehavin’ ” offers up an environment heavy on atmosphere to transport the audience to a different time and place. To accomplish this, the performances will all be indoors within the Maplewood Barn to create the smaller and more intimate appearance of a club.

The rest of the setting is up to the cast of five who capture the spirit of a vibrant late-night cabaret.

“I think audiences will fall in love with the cast,” White says. “We sat down in our very first rehearsal and instantly there was chemistry among all of them. Since [Ain’t Misbehavin’] is a musical revue there isn’t a true character each cast member is supposed to embody, so they have to bring some of their own personality.”

With each actor creating his or her own role, each performance promises to be unique. The cast is comprised of actors from different avenues — a few community theater regulars, students and church choir singers who, like White, all share a passion for the music of this important period.

Audiences interested in taking a trip through time back to the Harlem Renaissance can check out “Ain’t Misbehavin’ ” at the Maplewood Barn when it opens April 19. The show runs at 8 p.m., Thursdays to Sundays for three weekends. Tickets are available at maplewoodbarn.com.