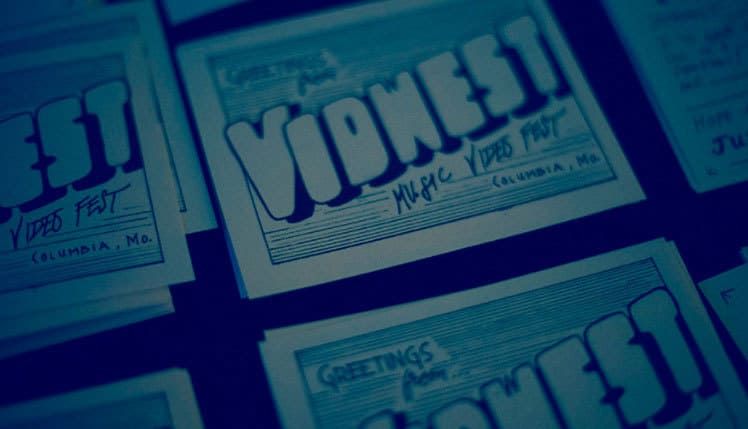 Columbia adds another form of film to its festival roster this year with the first annual VidWest Music Video Festival, a two-day celebration of the synthesis of music and film beginning on June 1 with a kickoff concert at Rose Music Hall. Venues scattered throughout the downtown area will feature unique and intimate screening installations and showcase music videos produced by filmmakers and musicians living anywhere from Los Angeles to Tel Aviv.

For founder and director Melissa Lewis, the festival represents the culmination of more than a year of work. “Music videos are constantly pushing the envelope of filmmaking and digital storytelling, but they’re also very under-celebrated,” she says. “They can be as experimental as they are linear, as thought-provoking as they are just aesthetically pleasing.”

As children of the ’90s, Lewis and many of the other festival organizers remember growing up with music videos on MTV as well the gradual decline of music videos’ popularity. “There’s definitely a gap between musicians and filmmakers,” she says. “So, I think having a music video film festival isn’t just to celebrate music videos, but also to bridge that gap between filmmakers and musician, and to create those connections in our community.”

While the concept of a traditional film festival is familiar to most, Lewis says some people have responded to the premise of the festival with confusion. “They’re not really sure how to digest it,” she says. “So, when I explain it, I say it’s like if True/False and Roots N Blues had a rebel baby, and there were no genres and no rules, that would be VidWest.”

The festival begins in full on the second day with a courtyard concert just outside of Fretboard Coffee from 10 to 11:45 a.m. Screenings begin at 11 a.m. Each venue is given a program comprised of several music videos, and they will screen that same program three times throughout the day. Festival programs will include brief descriptions of each screening and information about the musicians and filmmakers in attendance, but song and video titles only be revealed at the venues to audience members before screenings begin.

Screening locations can be found in Fretboard Coffee, the ARTlandish catacombs, upstairs at Hitt Records, downtown at Maude Vintage and Rose Music Hall. Each audience member must have either a “Standard Definition” Pass or a “HiDef” Pass for admission to screenings, both of which are available for purchase on the Vidwest website or at the box office located in Hitt Records until 3 p.m. on the day of screenings. HiDef pass holders also receive access to VIP Social Hour and free admission to both the Friday and Saturday night concerts. In addition to the venues for pass holders only, The Social Room will also host a public music video venue.

Asked whether she believes music videos will reach the status they formerly held, Lewis is optimistic. “Yeah, I think we’re in the middle of a resurgence,” she says, citing the recent popularity of visual albums and pockets of thematically connected music videos. “I think it’s because of the nostalgia for music videos held by people who are in their 20s and 30s now.”

Whether it’s nostalgia or appreciation for the arts that piques your interest, visit vidwestfest.com for more information.