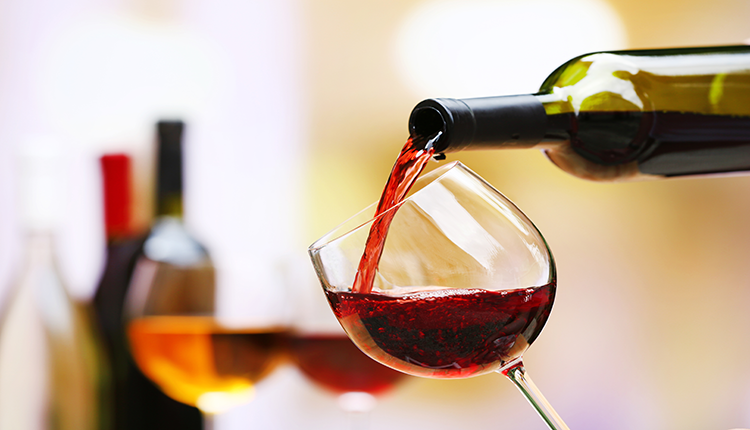 The Lure of St. James

Whether you want to fish for trout, tour local wineries, explore Route 66 or enjoy the great outdoors, St. James has what you’re seeking.

Originally a settlement called Big Prairie, the town was briefly known as Scioto, after the town of Scioto, Ohio, where some of the early settlers originated. In 1860, the name was changed to St. James, in tribute to Thomas James, who built the Maramec Iron Works, the first commercially viable iron works west of the Mississippi River, which operated from 1829 to 1878.

The name “James” is present in many places in town, thanks primarily to Lucy Wortham James, a descendant of Thomas James. A wealthy philanthropist who lived part time in St. James, she created The James Foundation, a charitable organization that founded the 56-acre St. James City Park, the James Memorial Public Library and Maramec Spring Park, which is a must-see during your getaway.

Instagram-worthy photo opportunities abound in Maramec Spring Park. The park’s namesake, Maramec Spring, is the fifth-largest in Missouri, with an average daily flow of 96 million gallons. In 1971, the spring was the first National Natural Landmark registered in Missouri. Walking paths lead visitors around the beautiful spring pool and along the spring branch.

Although Maramec Spring Park is owned and operated by The James Foundation, the Missouri Department of Conservation operates a trout hatchery in the park, which is one of Missouri’s four trout parks. The spring branch is stocked daily from March through October. Catch-and-release fishing runs from November through February. The branch flows into the Meramec River, which is popular for floating and fishing.

The park is an 1,860-acre wildlife refuge. Public use is concentrated in a 200-acre area with campground, café, store, two museums, picnic shelters, playgrounds and the imposing remains of the Maramec Iron Works.

The Maramec Iron Works District was listed on the National Register of Historic Places in 1969. The second full weekend of October is celebrated as Old Iron Works Days, with more than 50 artisans demonstrating crafts from the 1800s.

(In case you’re wondering about the spelling, the spring and park are spelled Maramec, while the river and the state park near Sullivan are spelled Meramec.)

The 1870s depression that followed the Civil War and the decline of the area’s iron works led to the development of the lumber, agriculture and winemaking industries. Italian immigrants moved to the area, planted vineyards and began making wine. Today, St. James is part of the Ozark Highlands viticultural area and boasts a bevy of wineries that reflect varied heritages.

The major player is St. James Winery, easily visible from Interstate 44, with an extensive tasting room and gift shop, landscaped garden and a new venture next door, the Public House Brewing Company, which serves craft beers and locally sourced food.

Nearby is Meramec Vineyards, which serves lunch in its bistro, and Eagle’s Landing Winery with its Just A Taste restaurant. There are five other wineries in the area, each with a distinct personality. The Meramec River Wine Trail coordinates special events throughout the year.

If you’re in the area during the fall grape harvest, be sure to stop at one of the roadside stands along I-44 for fresh Concord and other grapes, grape pie, grape preserves and more. It’s a tasty local tradition.

More to See and Do

The town straddles I-44, and your first stop should be the Tourist Information Center, prominently located on the northeast corner of the I-44 and Highway 68 interchange. Stock up on maps and brochures, and talk with the friendly locals who run the center for personal suggestions on where to eat and sleep and what to see and do. You can buy tickets to area events there, or stretch your legs on the half-mile paved walking path.

Historic Route 66 runs through downtown south of the interstate. St. James claims the only divided boulevard section of the Mother Road in the Midwest. You can walk or cycle along the city’s hiking and biking path in the median.

You might get “sucked in” at the quirky Vacuum Cleaner Museum on Route 66 to the east of town. Yes, vacuum cleaners. The collection boasts almost 600 models spanning more than a century.

There’s a golf course, water park, billiard hall and plenty of shopping. St. James also is a gateway to the Ozarks, with its clear streams that lure anglers and paddlers year-round.

Splurge on fine dining at Sybill’s Restaurant, or enjoy more casual meals at Country Bob’s Café, St. James Marketplace Café or a dozen other eateries around town. Be sure to leave room for a frozen treat at Ruby’s Ice Cream.

Rest your head at the Painted Lady Bed & Breakfast, or opt for one of the four campgrounds and RV parks in the area. You’ll return to Columbia refreshed and energized and already planning a repeat visit.