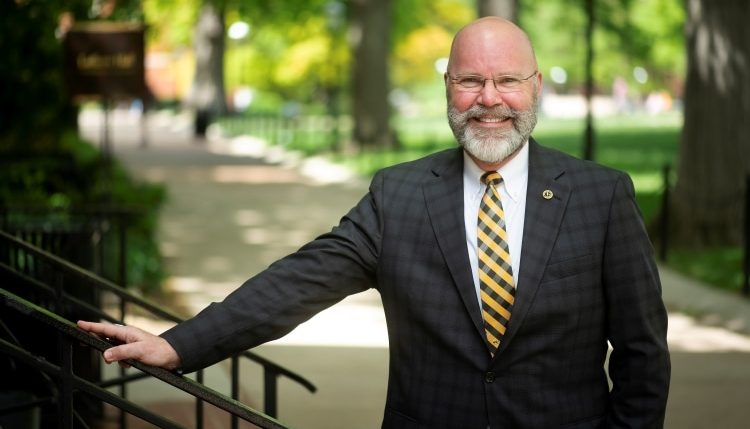 Overseeing Construction For MU’s Largest Building In Its History

On the way to his third-floor office, Gary Ward steps with an even, determined pace across the star-patterned floor tiles of Jesse Hall. It’s 8 a.m., and he has just finished his morning workout. His day started three hours earlier as he answered some emails and texts at home. In another 13 hours, he’ll put aside his electronic devices, quit reading and call it a day. Explaining his daily schedule, he speaks crisply, decisively. His demeanor and tone project the self-assurance of a leader. As vice chancellor for operations and chief operating officer at the University of Missouri-Columbia, Ward approaches his job with a sense of purpose, fortified with his enjoyment of a complex, challenging work environment.

For the past two years, he has also served as interim vice chancellor for student affairs, a position he expects will be filled shortly. In the meantime, he’s responsible for 38 managers and directors and the nearly 2,000 MU employees who work daily to accomplish the mission of MU Operations and Student Affairs.

Although his days are filled with myriad details of hundreds of problems — think of anything that can go wrong with buildings, projects and people — he approaches his work with a big-picture vision. “My job is to make sure everything we do is the best we can do with the least amount of money,” he says. “My philosophy — and I push it on to every single one of our directors — is that we must further the academic mission. It’s all built on stewardship.”

For Ward, the idea of managing resources carefully and responsibly is a guiding principle. “I got into higher education because it’s not about making money. It’s about doing things better for mankind. I swore to myself that if I ever had the opportunity, I would be a good steward of state and family resources. We have a lot of students who, along with their families, are making great sacrifices to go here,” he says.

If doing things better for mankind sounds a bit self-important for a job description, in Ward’s case it’s not. He is currently at work on a project that should be able to do exactly that. Ward is the administrator responsible for the construction of the largest building in the history of the university, the $221 million precision medicine project (soon to be named). Recently, the UM Board of Curators greenlighted the project. Federal, state and donor funding is on target, and the Kansas City-based firm of Burns & McDonnell is near completion of design development and site design, but bidding and construction activities are already underway by Kansas City-based Whiting-Turner, the construction manager at risk. By the end of June, a groundbreaking ceremony will be held near the project site at the corner of Hospital Drive and Virginia Avenue, where the 265,000-square-foot center will be built. 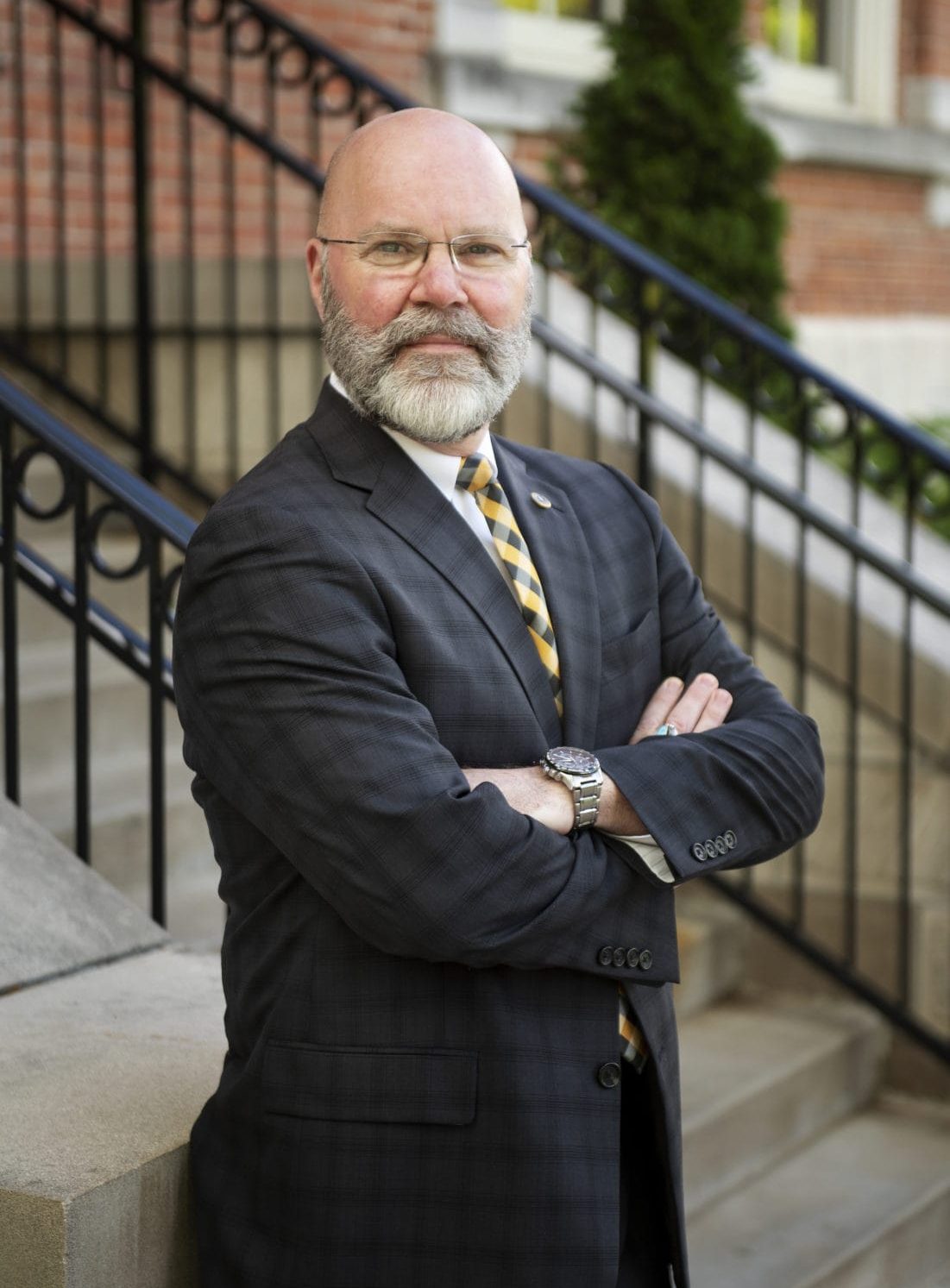 But the four-story building with a basement — impressive as it will be — is not the endpoint of this project. Within that building, as many as 68 principal investigators will lead MU research teams in developing precision methods of treating diseases. Each team will be tasked with finding treatments that will be more effective and have fewer side effects than those available to patients now. Researchers will target cancer, vascular and neurological conditions. Precision medicine relies on large sets of patient data from thousands of previous studies, combined with an understanding of the genetics of each patient’s disease.

Ward is enthusiastic about his role in ushering in the future of medicine in Columbia. “Mizzou is one of only six public universities nationwide that can claim medical, veterinary, law, engineering and agriculture schools on the same campus, and we have the largest research reactor on a college campus. All these different players are being brought into this project, and we’ll start seeing the collaboration among these great minds. This truly is a project that can change the world.”

“I got into higher education because it’s not about making money. It’s about doing things better for mankind. I swore to myself that if I ever had the opportunity, I would be a good steward of state and family resources. We have a lot of students who, along with their families, are making great sacrifices to go here.”

It will be a few years before the building is complete and the researchers are in place. Ward has no doubt as to whether he’ll be able to bring the project in on time. “It will be done on Oct. 19, 2021 — and I joke that it will be finished by 8:45 a.m., which allows us a little time to set up,” he says. 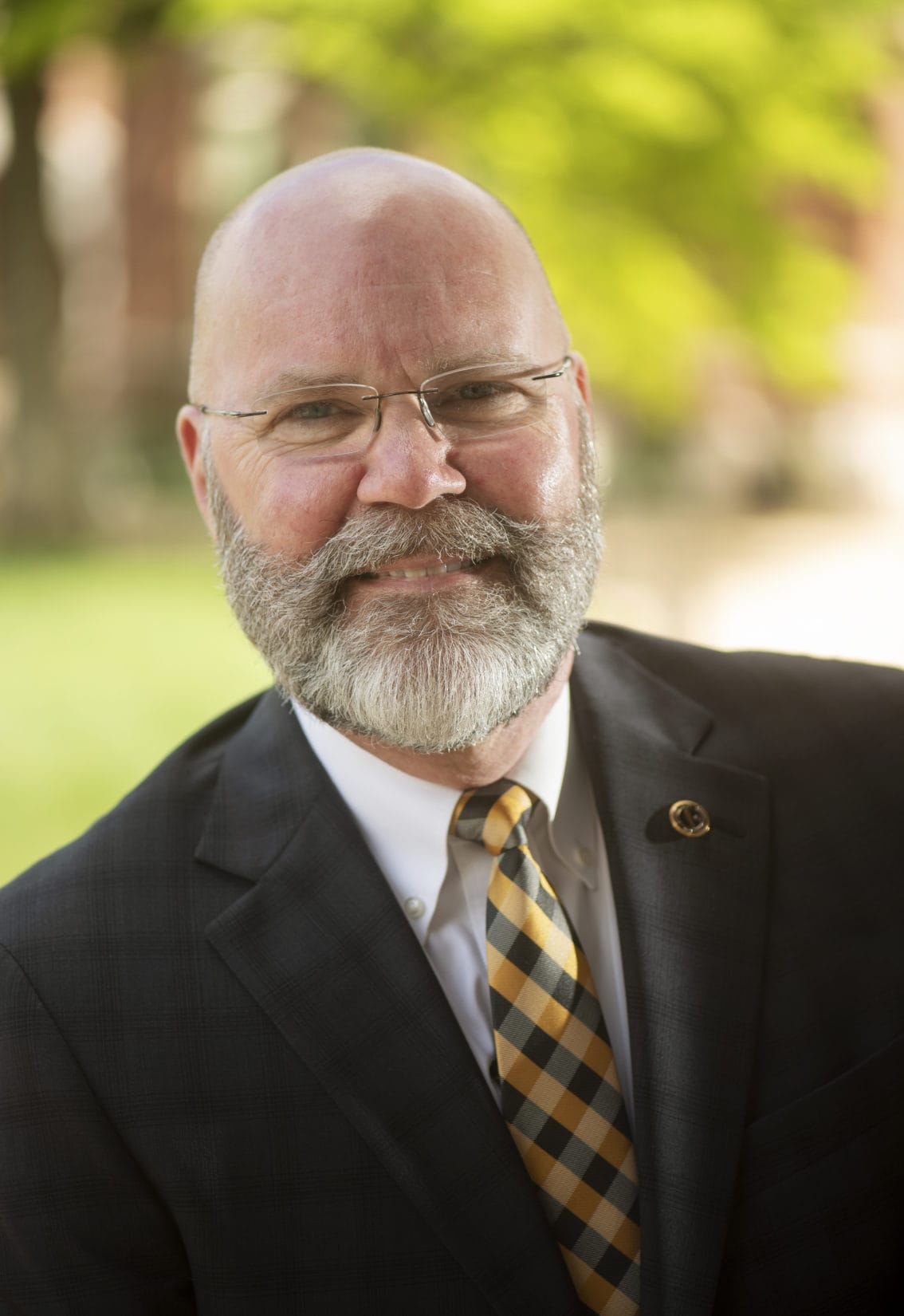 Ward’s confidence is based on a career in higher education spanning 32 years. He started at the University of Oklahoma, moved on to Penn State University and for the past 14 years has been at MU, where he has successfully overseen the completion of more than $500 million in construction projects. Growing up in Duncan, Oklahoma, he was introduced to construction work at age 10, helping to frame a barn. But a football injury ended any thoughts of hammering and climbing scaffolds for a living. After high school, he studied drafting at a vocational technical school, where a teacher recognized his potential and encouraged him to apply for financial aid at the University of Oklahoma. Ward went on to graduate from the university with a degree in architecture, becoming the first member of his family to benefit from a college education.

“I stumbled into higher education,” Ward says. His wife worked in human relations at the University of Oklahoma and heard of a job opening at the physical plant. Beginning humbly, in a position that reported to a student supervisor, he became deputy director of the physical plant in three years. “I got more and more out of architecture and into administration because I liked the idea of bringing all the parts together — not just the building, but the finance part, the communication part, the people part.”

While working at the university during the day, he went on to earn an MBA by attending evening classes. He credits his MBA with making possible his move from management to leadership. “It felt very natural and satisfying to look at these complex problems. I call it 360-degree thinking — you have to think about things in front of you, behind you and beside you, and pull them together for a single goal. That continues to invigorate me.”

Ward is also energized by the music of Miles Davis. Throughout the day, the sound of Davis’ jazz trumpet quietly fills the space between conversations in his Jesse Hall office. The music moves confidently, following lines of thought, much like someone solving complex problems and enjoying the process. 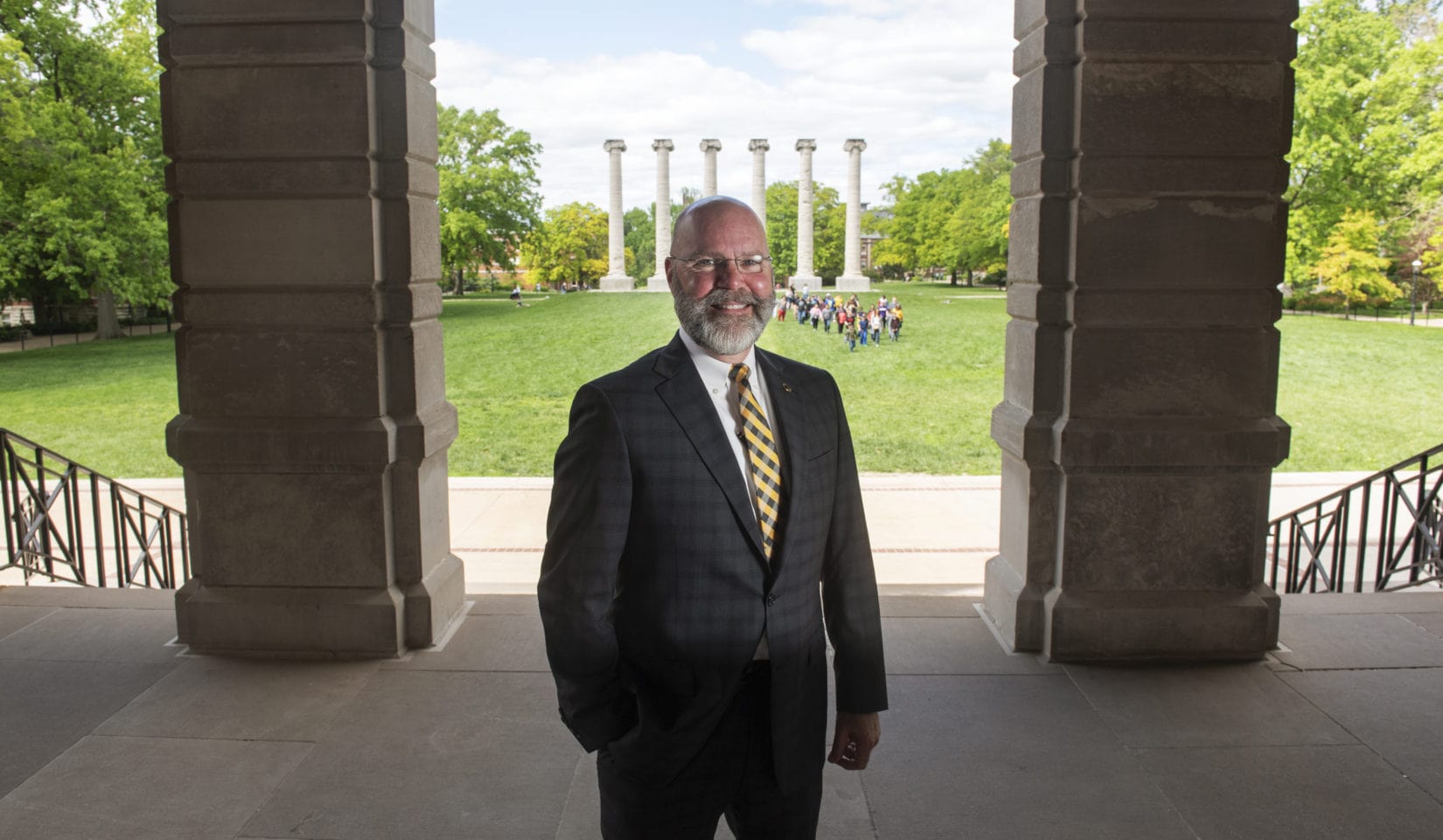 John Ott Builds the Future from Columbia’s Past