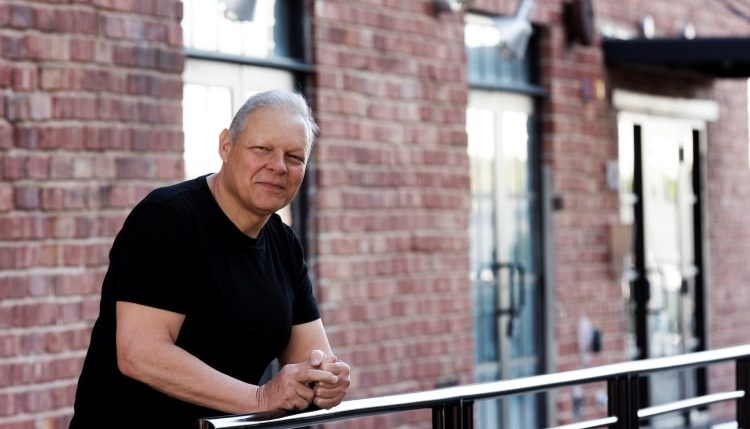 John Ott Builds the Future from Columbia’s Past

John Ott is giving a new life to a Columbia building that housed an old funeral home. Located on the corner of Ninth and Walnut streets, Parker Funeral Home is being transformed into an events center with seating for 450 people and standing room for receptions of as many as 600. Ott will add the property to his growing portfolio of downtown Columbia buildings that he owns and leases.

Travis Tucker, owner of Bleu, has leased the building and will manage the Atrium Events Center. Ott is looking forward to its opening not just because he owns the property, but also because he expects that the weddings and meetings held there will bring new customers to other local businesses. “When you go to a wedding, if you’re from out of town, you usually get there early. People shop in stores, hang out, get a lunch or a drink before they go to the event. Because it’s on the edge of the arts district, it’s like a gateway, so we think that people will also be exposed to artists’ work from Columbia.”

Ott has perfected the art of repurposing buildings to fit the needs of the market. He’s preserved, restored and renovated historical buildings throughout the city. Ott estimates that his company, Alley A Realty, has completed about 25 projects, most of them downtown. The company manages space now occupied by retailers, restaurants, coffee shops, theaters, art studios and offices. Name a type of business, and Alley A Realty probably manages property that supports it. Alley A Realty isn’t a one-man operation. Ott’s partners include his wife, Vicki, and their son, Tanner, who oversees company projects in Ely, Minnesota, where he lives. Their daughter, Mackenzie, has a career with L’agence, a fashion company in New York City. 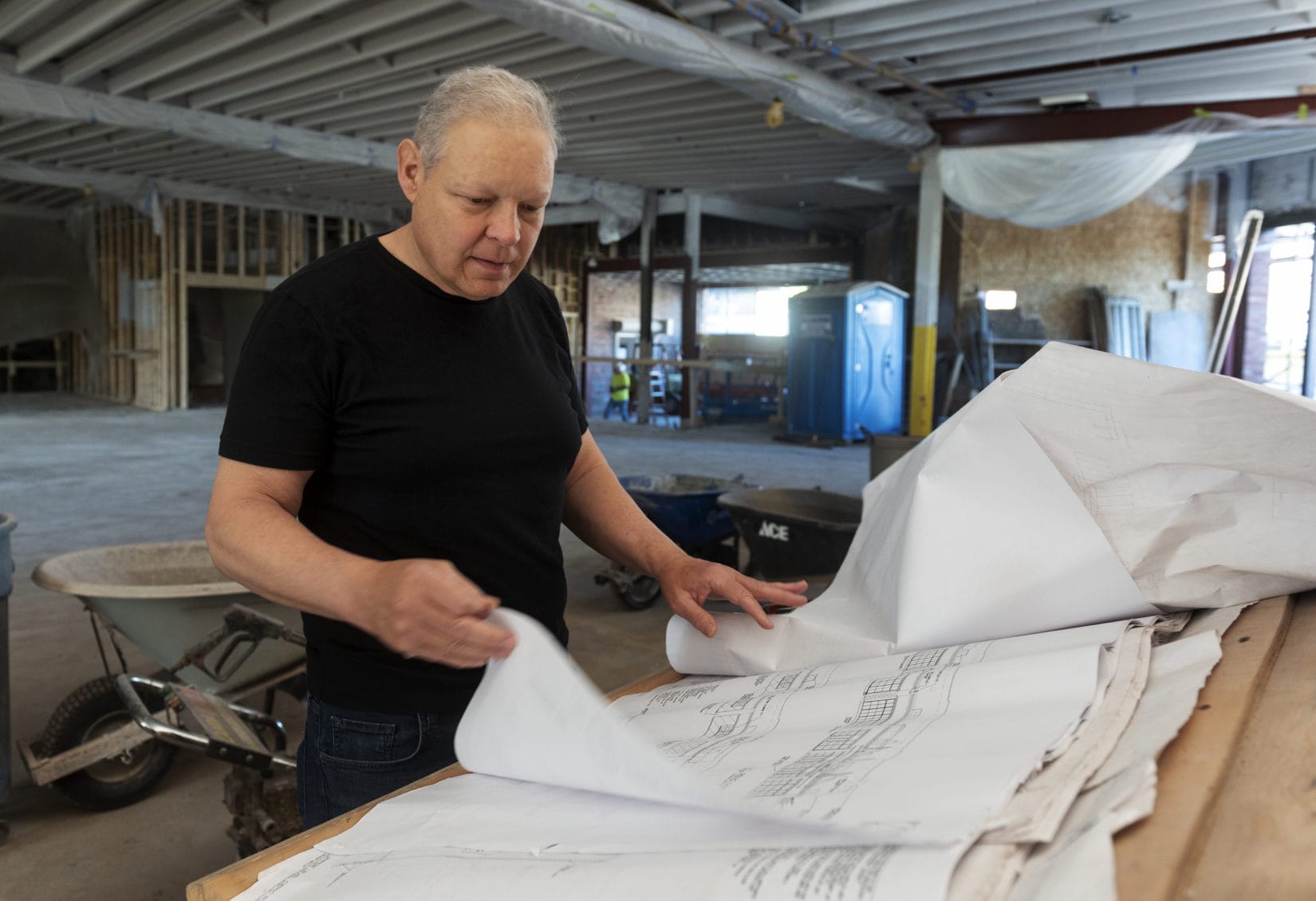 Alley A Realty is built on Ott’s entrepreneurial temperament, his love of historic buildings and his commitment to the business community. The company’s buildings are from past eras, yet they have become inviting places for a new generation of entrepreneurs and artists to set up shop. For instance, the old Stephens Building at Broadway and Hitt Street now is home to a restaurant and pet supply company; the Paramount Building now houses Kaldi’s on its ground floor and office space on its second floor; a gas station at 220 N. 10th St. is now the site of Café Berlin.

Darwin Hindman, former mayor of Columbia, is an enthusiastic fan of all that Ott has done for the city. “At a time when people had given up on downtown, he’d see the potential in an old building to become something new,” Hindman says. “He’s helped make downtown an interesting and thriving place.”

“At a time when people had given up on downtown, he’d see the potential in an old building to become something new.”

Over the years, Ott has turned unsightly alleys into fun shopping areas. He’s even helped improve buildings he doesn’t own. By organizing local building owners, he gained support to have the ugly concrete canopy on Broadway torn down. Carrie Gartner, executive director of the Loop Community Improvement District (CID), has known and worked with Ott since he began his career in development. “He’s a very dogged visionary,” she says. “Far and away, his biggest impact has been on the North Village Arts District.”

Ott points out that the vision for the arts district was the result of a group of people, including Gartner. “What was really obvious was a demand for artists to work collectively. It was already happening on Orr Street. A lot of these buildings were empty or underutilized, and I was in a position to pick up a few of them,” he says.

Ott didn’t set out to become a developer who specializes in repurposing historic buildings. As a student in journalism school, he interned at a Columbia radio station, creating ad campaigns and selling them to local businesses. The internship ended, but his interest in advertising and helping businesses grow didn’t. Going door-to-door in downtown Columbia, Ott not only became acquainted with business owners; he also gained an appreciation of the buildings that make up the District. Twenty years later, he was still in broadcasting but had progressed from sales rep to becoming one of the owners of Premier Marketing Group, which consisted of seven radio stations. After he and his partners sold the stations, he found himself in his early 40s and in a position to invest his profits in real estate. 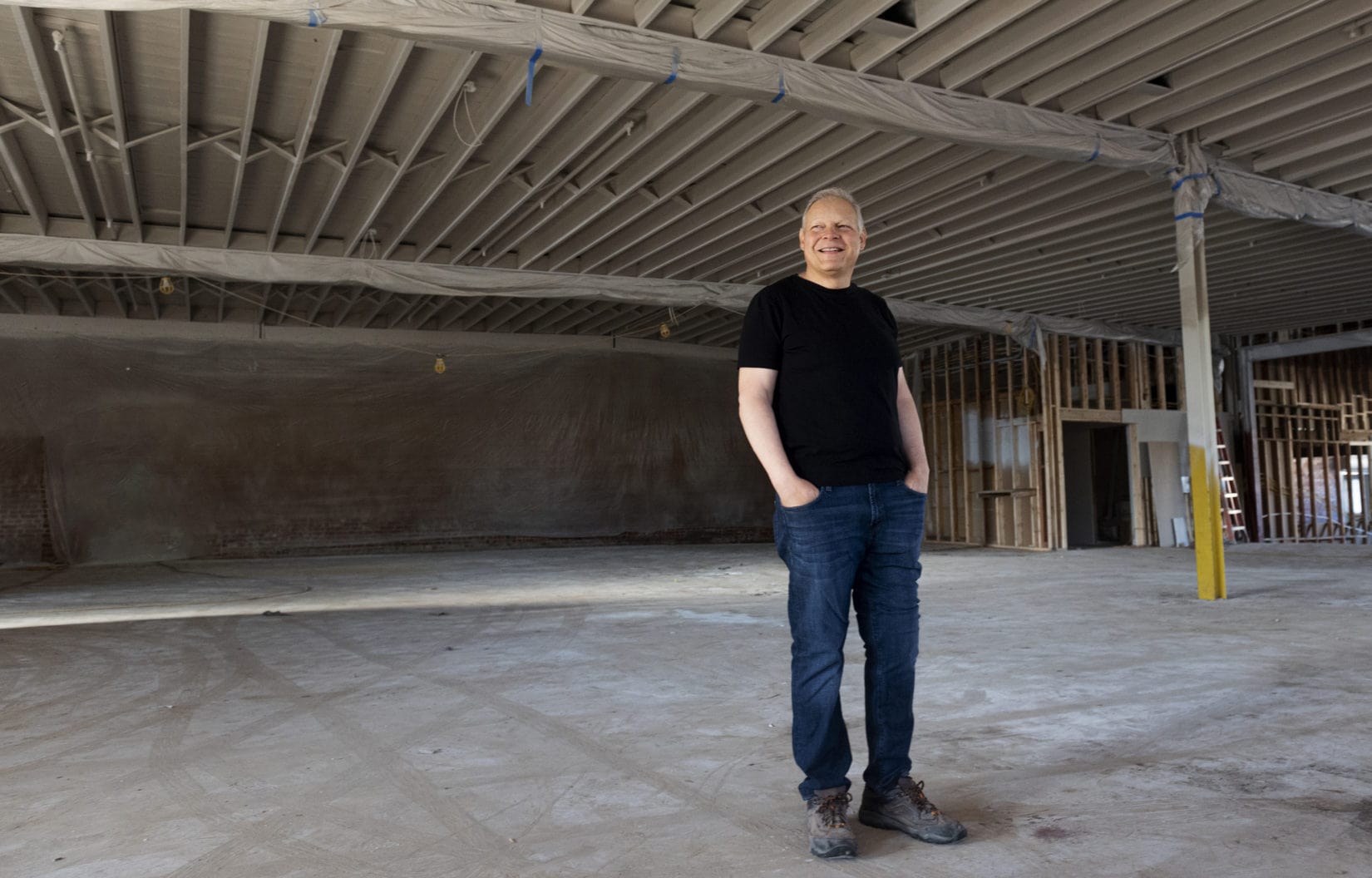 Vicki and he had already begun investing in real estate, having renovated a four-room schoolhouse in Rocheport. They held onto the property and managed it, turning the School House Bed and Breakfast into one of Missouri’s most prominent and successful bed-and-breakfasts. He went on to restore several other buildings in Rocheport before turning his attention to Columbia. Having found a formula for success, he has kept with it for the past 15 years. “We’re a boutique business,” he says. “We do the construction, then we lease the buildings, then go on to manage them.”

After spending so much time and money renovating a building, he’s selective about whom he rents to. “It’s not just about making money; it’s about putting businesses and places in our community that people are going to enjoy. We’re always looking for the best fit for the spaces we’re creating,” he says.

Ott spends a lot of time on job sites, sometimes serving as general contractor. But for large jobs, he hires local commercial building contractors. Among the hazards of investing in old buildings is discovering structural problems that at first seemed to be mere surface blemishes. Ott has a calm, confident approach to unpleasant surprises. “Our attitude is that there’s always a fix. If it’s historically significant, it’s worth saving — that’s the test for us.”

Ott considers preserving buildings and reusing their materials to be an important way to conserve resources. Although LEED energy efficiency designations are one way that builders showcase their commitment to efficiency, preservation is another. Many of Ott’s properties are using material originally manufactured in the late 1800s or early 20th Century.

Asked what he enjoys most about his work, Ott answers quickly and sincerely: “We get the greatest satisfaction — I say we, meaning my wife, my son and I, along with the people that work with us — in seeing buildings that were underutilized or hardly used at all, and now all of sudden they flourish with people enjoying them, hanging out in them, working in them, spending time in them. I go by all of our projects and I think, ‘This is pretty cool.’ ” 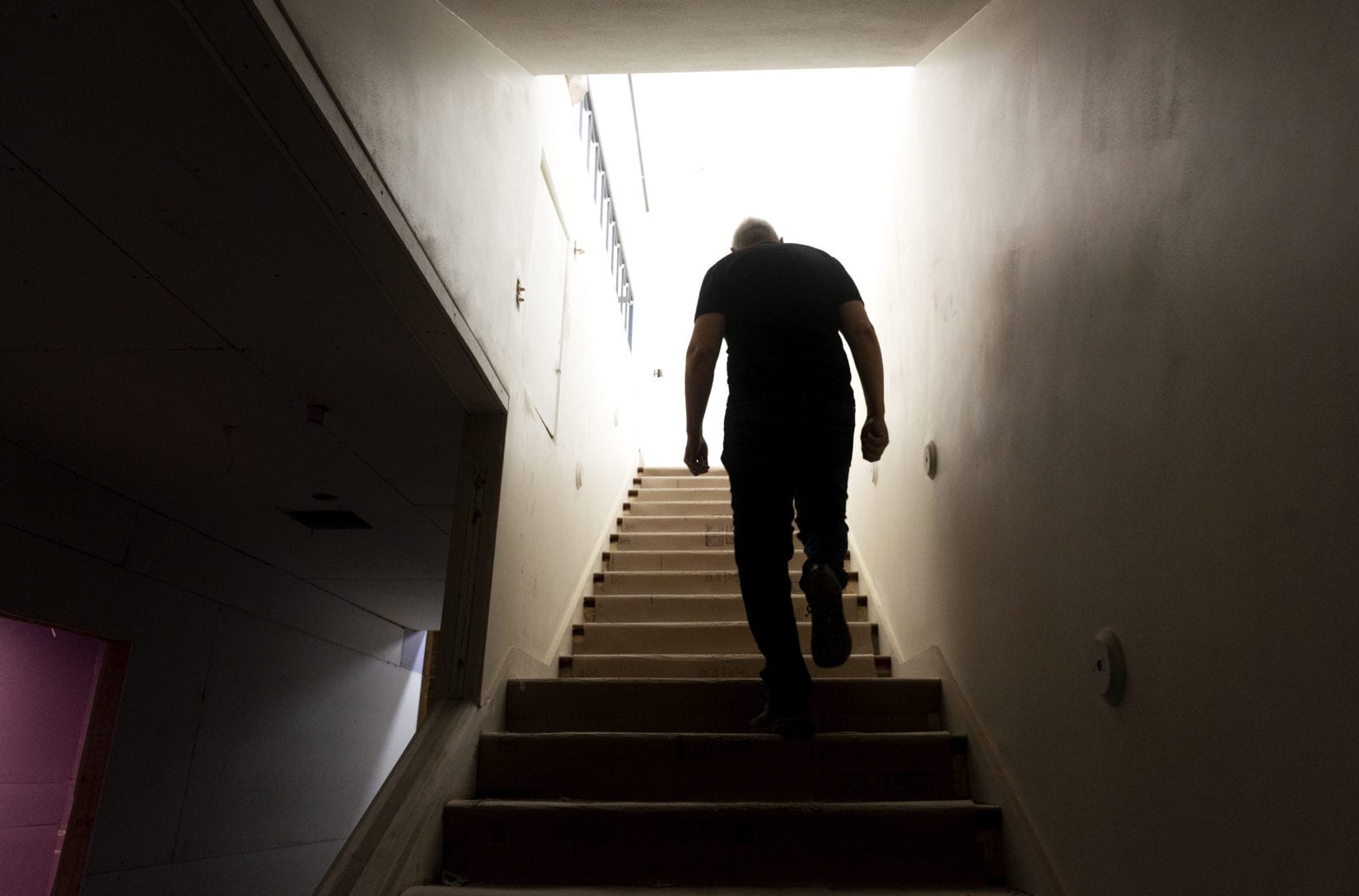