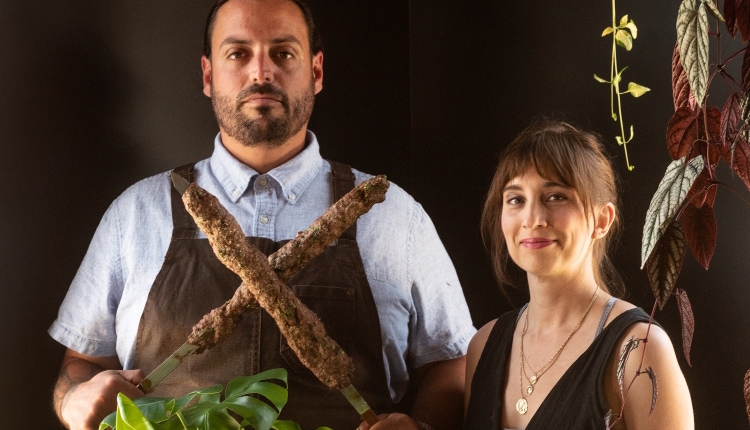 To beatbox, in the rhythmic sense, means to mimic percussive sounds using only one’s mouth. Like its musical homonym, Columbia’s culinary Beet Box has created its own unique cooking beat.

For the past 18 months, Beet Box — a locally sourced lunch eatery — has popped up, built a following, developed recipes and earned some dough. Now co-owners Benjamin Hamrah and Amanda Elliott are ready to put down roots with a brick-and-mortar location right down the street from Logboat Brewing Company.

It’s more than a meal at a table or a dish taken to-go: Beet Box represents a return to a menu driven by seasonal and local fare. It turns the farm-to-table experience, which has garnered a reputation as an elevated experience, into an everyday opportunity in its fast-casual setting.

“For something that started with a boxed meal, it really turned into a way of looking at food that fell in line with what we love to do the most: taking seasonal ingredients and making something with it without starting with a recipe or a goal in mind,” Hamrah says.

Catchy as it is, the name Beet Box goes deeper than its hip-hop-inspired origins. Beets grow underground, carving deep roots where they’re planted. Beet Box is a concept rooted in the Columbia community, its producers and its eaters.

In the past, food culture centered on what was fresh. What a community produced, be it potatoes or pears, dictated the standard diet. The answer to “What’s for supper?” involved making a visit to the garden patch to see what was ready to harvest.

“Meals were focused on building on these high-quality ingredients that were screaming to be used right now as opposed to a lot of food culture today that has gone the opposite direction, trying to source ingredients from all over the globe,” Hamrah says.

A classic Caprese salad proves this point. Any local grocery store likely supplies the ingredients — tomato, mozzarella and basil — year-round. But the salad is meant to be eaten when those items are in season. A Caprese salad with bland, mealy tomatoes shipped halfway across the world isn’t the same.

“Because we live in this age of immediacy, where we can get anything we want, anytime we want, we’ve kind of lost the preciousness of food,” Elliott says. 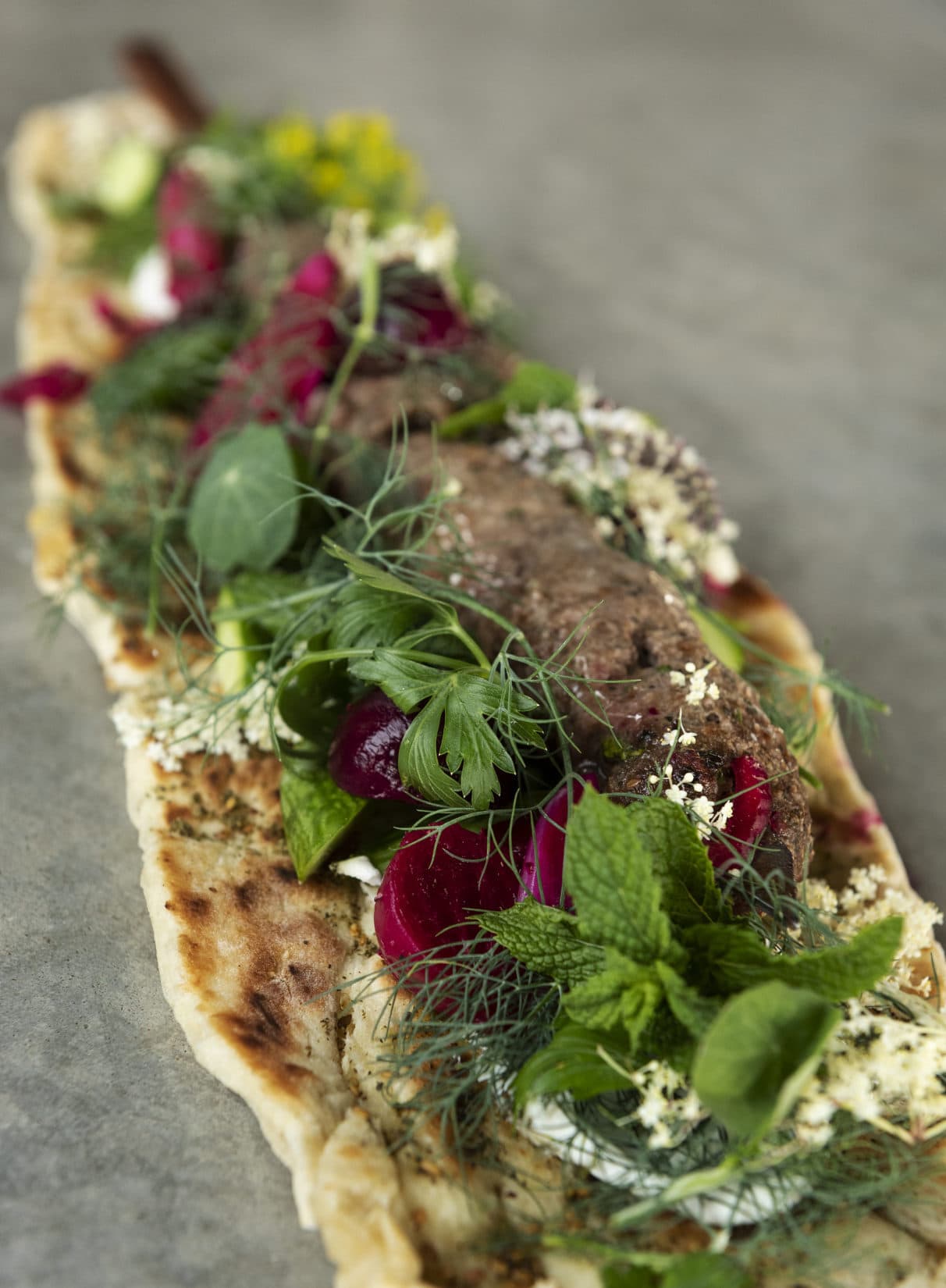 Beet Box presents an opportunity to return to savoring the growing seasons. Eating locally and in-season enables consumers to anticipate and appreciate their food and the peaks, valleys and challenges associated with the food experience. Seasonal flavors come alive again in new ways.

Though a static menu providing the same tasty options year-round isn’t bad, Beet Box hopes to break that mold by building trust in the hands behind the dishes instead of in the menu items themselves.

The Beet Box menu features four to five staple items that change with the seasons. Hamrah and Elliott both have an affinity for Middle Eastern food, so items such as falafel, shawarma and kebabs lay the foundation for innovative adaptations.

“The menu descriptions are vague on purpose so that they can shapeshift,” Elliott says. “You don’t have to worry about what’s in it. You just know it’ll be good.”

The chicken shawarma includes chicken, seasonal greens, pickles and fruit topped with herbed labneh and tahini, all wrapped in a cooked-to-order flatbread, rolled out and toasted on the flat-top grill.

Outside of the staples, specials such as pho or a sweet potato Reuben round out the lunch and early dinner offerings. Pickles, preserves and dips will also be available.

Stop in for breakfast and enjoy a cup of freshly brewed Shortwave Coffee, batch-roasted with Beet Box in mind, and pick up a house-made pastry, such as chocolate babka or a breakfast bread. For something heartier, try the breakfast bowl, with quinoa, chorizo, quark and seasonal greens topped with a soft egg and served with warm focaccia.

Hamrah describes the space on Fay Street as open, natural and communal. Elliott says the atmosphere will be Mediterranean-meets-urban with a clean aesthetic and lots of plants. Hamrah and Elliott partnered with local artisans to make their vision for the restaurant a reality.

The owners of Beet Box are excited to offer a picnic program with Logboat. Customers can pick up a set of reusable products, such as boxes, flatware and a blanket, and eat their meal at Logboat, pairing Beet Box’s flavors with local brews.

True to its roots, Beet Box sources its high-quality ingredients from a 50-mile radius to keep dollars in the community and provide fresh seasonal food. Elliott meets with producers to discuss what bounty Beet Box is looking to buy; it’s relational and conversational, from soil to plate.

In many ways it’s about trust: An honest relationship with the producer leads to high-quality bounty to build creative dishes for loyal customers. It almost has a rhythm — a beat — to it.