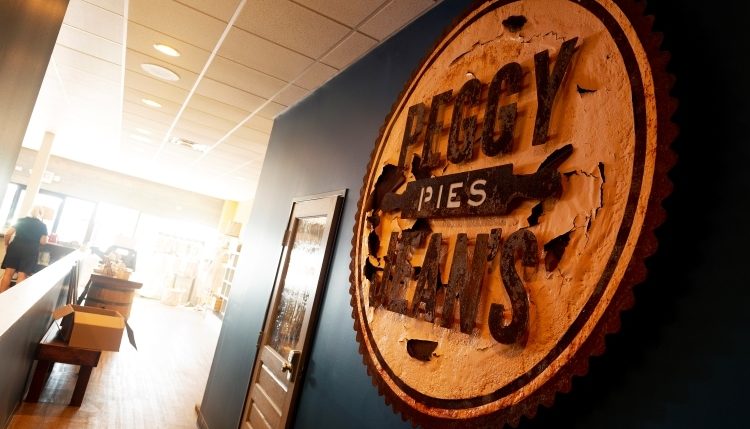 Peggy Jean’s Pies is serving up twice as much goodness in a new and improved location. Regular customers have no need to worry — the shop moved only a short walk away at the same intersection, 503C Nifong Blvd.

Some of the pie shop’s original decorations are incorporated into the renovated, colorful site as well. With about two times the space and double the number of ovens, co-owners — and mother-daughter duo — Jeanne Plumely and Rebecca Miller look forward to meeting the increasing demand for their family’s famous pies in a bigger and better way.

“When Mom and I started Peggy Jean’s Pies, we thought we would be open a few days a week,” Miller recalls. “It turned out to be crazy. Thankfully, we have been busy since the beginning, and we have grown every single month that we have been open.” 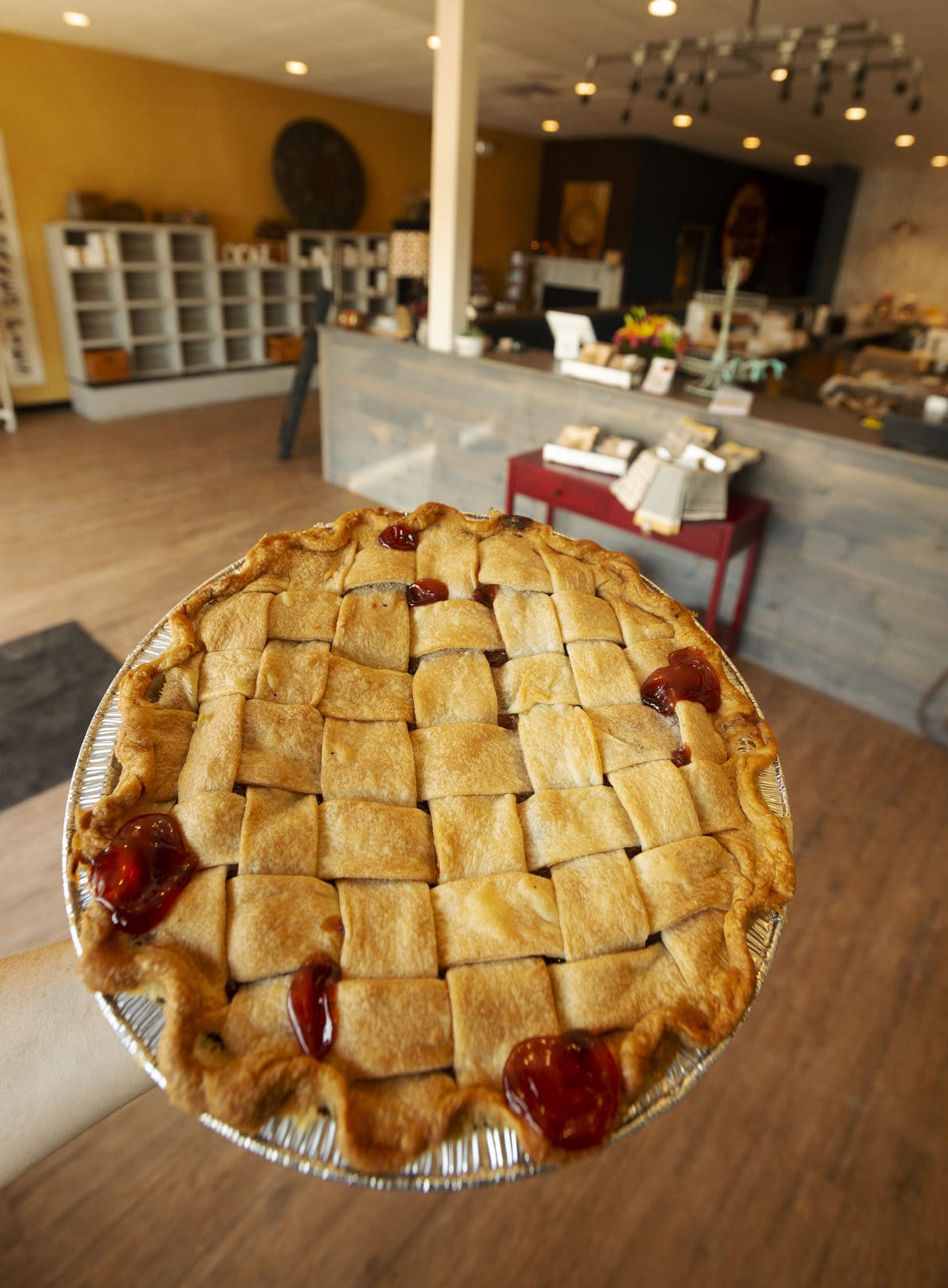 Now, the transfer to Peggy Jean’s Pies’ fresh location increases not only its customer capacity, but the possibilities for a broader daily selection of hand-crafted pies. Tucked away in the new kitchen is the “dough room,” set aside exclusively for the dough-making process, where the family’s recipe for their beloved pie crusts comes to life. Although there are staff hired outside of the family, only family members are taught how to make this special dough.

“The dough is a secret recipe, so only my mom and I — and now my almost 17-year-old son — know how to make it,” Miller explains. Keeping the recipe within the family means plenty of dough-prepping so it’s on hand when the rest of the staff needs it. “[My son] will stay on in the fall, making dough only. It’s hard and uses a lot of counting, so having that dough room was important to us.” The room helps keep distractions at bay so the process can be executed to perfection.

Although the dough remains a secret, Peggy Jean’s Pies continues to host educational classes for another crucial pie element in the new location. “We teach classes all the time about pie filling. Those were all my grandma and great-grandma’s recipes,” Miller says. “They’re old school.”

But dough isn’t the only unique aspect of Peggy Jean’s Pies; customers order and visit from far and wide, whether it’s because they follow the “World Pie Domination” blog about Miller and Plumely’s pie business or just to satisfy a sweet tooth. “That’s the best part about our job: All of our customers are our friends,” Miller says, laughing. “Sometimes I think people just need a friend or a place to come chat or a hug, and they come here.”

A map posted in the entryway depicts the United States, covered in a swarm of small black dots — each symbolizing a sale in the area marked. When asked about the farthest known destination for their pies, Miller recalls a customer who purchased several jars of their pie-in-a-jar for a long haul. “Her husband was a contractor working in Dubai and really missed pie,” she says. “She carried those darn things the whole way.”

By moving to a bigger, brighter spot, Miller believes she can better equip herself and the team for the widespread demand for Peggy Jean’s Pies. “We had been [in the old location] for 5 1/2 years and started the moving process last fall. We knew it needed to happen,” Miller says. “Just because of the capacity issues, we were turning people away like crazy. That’s normal on things like Thanksgiving or Christmas, but not just on a busy Saturday.”

Over the course of the past year, Miller, Plumely and their family and friends worked together to make their vision a reality. Painting the walls, constructing exposed-wood pieces for the counters and upgrading to more kitchen equipment are only a portion of the tasks undertaken to prepare Peggy Jean’s Pies for its new chapter.

Miller is ready to turn up the heat. “I think customers will see an increase in quantity and variety of pies in the shop,” she says. “That’s what we chose this location for.”