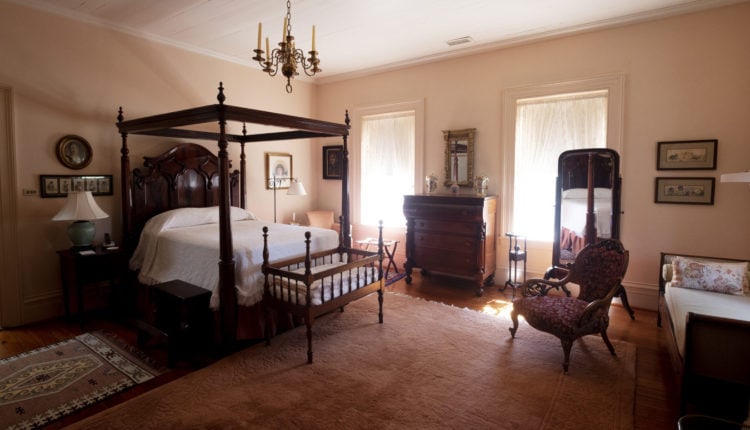 Dr. John Sappington was not impressed. It was the late 1840s, and the doctor had made a fortune through his agricultural interests and the sale of his Dr. Sappington’s Anti-Fever Pills, which proved to be an effective cure for malaria. Even as his family’s wealth increased, the doctor stuck to his frugal ways and made do with the log cabin that had been his home since he first settled in Missouri. His son, William, on the other hand, invested his fortune in a grand home he called Prairie Park. The magnificent estate wowed all who saw it with one exception: Dr. Sappington called it a “monument to damned fools.” 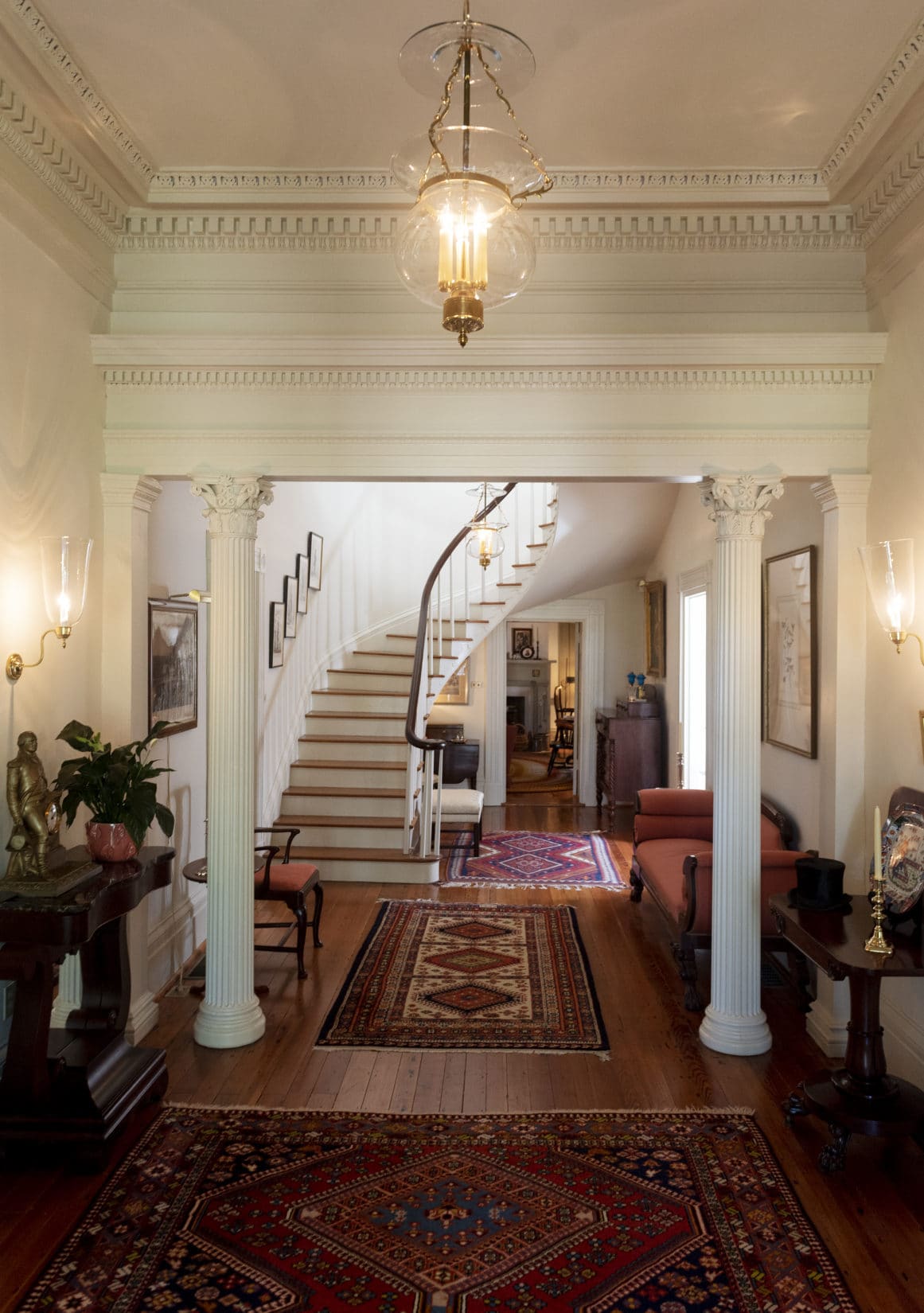 Fast forward 170 years and Prairie Park, located just west of the historic village of Arrow Rock, is regarded as one of the most significant surviving examples of nineteenth century Greek Revival architecture in the state.

The home endured the ravages of time and neglect until the Lawrence family purchased it in 1948 and began its restoration.

“The Lawrences saved this house,” says Day Kerr, who purchased the home with her husband, Whitney, in 1991. “We had the place down the road and we got to know the Lawrences.”

When the Lawrence children chose to forego the burden of maintaining such a large historic home, the Kerrs stepped in to save the house from an unspeakable fate.

“There was a rumor that someone was going to paint it white and turn it into a fried chicken place,” Day says.

The home’s exterior is so striking, drivers passing by often slow down or turn around for a second look at the stately brick mansion with its two-story portico and limestone columns. The belvedere that sits atop the home would have given William Sappington a 360-degree view of his plantation and provided much-needed summertime ventilation in the days before HVAC systems delivered year-round comfort.

A closer look at the details show the care that went into the home’s construction. The more publicly visible east and north sides of home feature a fancy Flemish bond pattern to the brick, with the common bond pattern reserved for the sides of the home that visitors would rarely see. The bricks themselves were made on-site, likely by some of the enslaved men who worked on the plantation. Massive carved limestone blocks form the foundation. Limestone was also used on the front steps, window sills and lintels, sidewalk borders and gate posts.

The grounds include a building that once housed two slave families. It has been modernized and now functions as a bed-and-breakfast. Tucked within a barn on the property are remnants of another slave housing structure, complete with splashes of blue paint that those who lived there believed would ward off evil spirits. The Kerrs have left that piece of history untouched as a testament to the hardships of the enslaved men and women who helped build and run Prairie Park in its earliest days.

William Sappington knew how to make an unforgettable first impression. The spacious entry foyer leads to a graceful, curving staircase, adorned with mahogany rails and newel post, that seems like something straight out of a Hollywood fantasy. 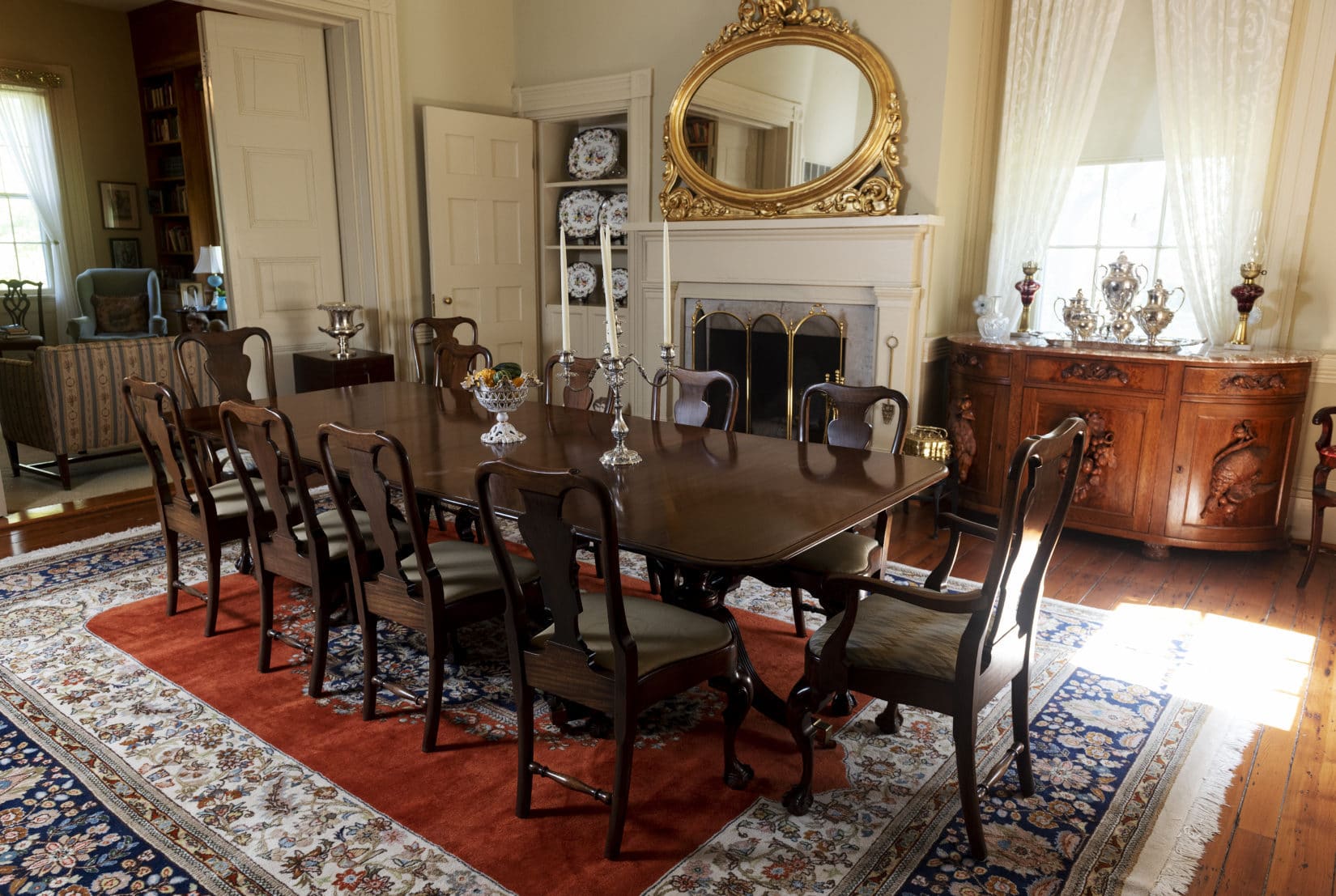 No detail has escaped the Kerr’s notice. The intricate plaster moldings had been damaged over the years so they found a craftsman with the skill to copy what remained so they could replace what had been lost. One original chandelier remained in the north parlor when they bought it and they had an exact duplicate made for the south parlor. 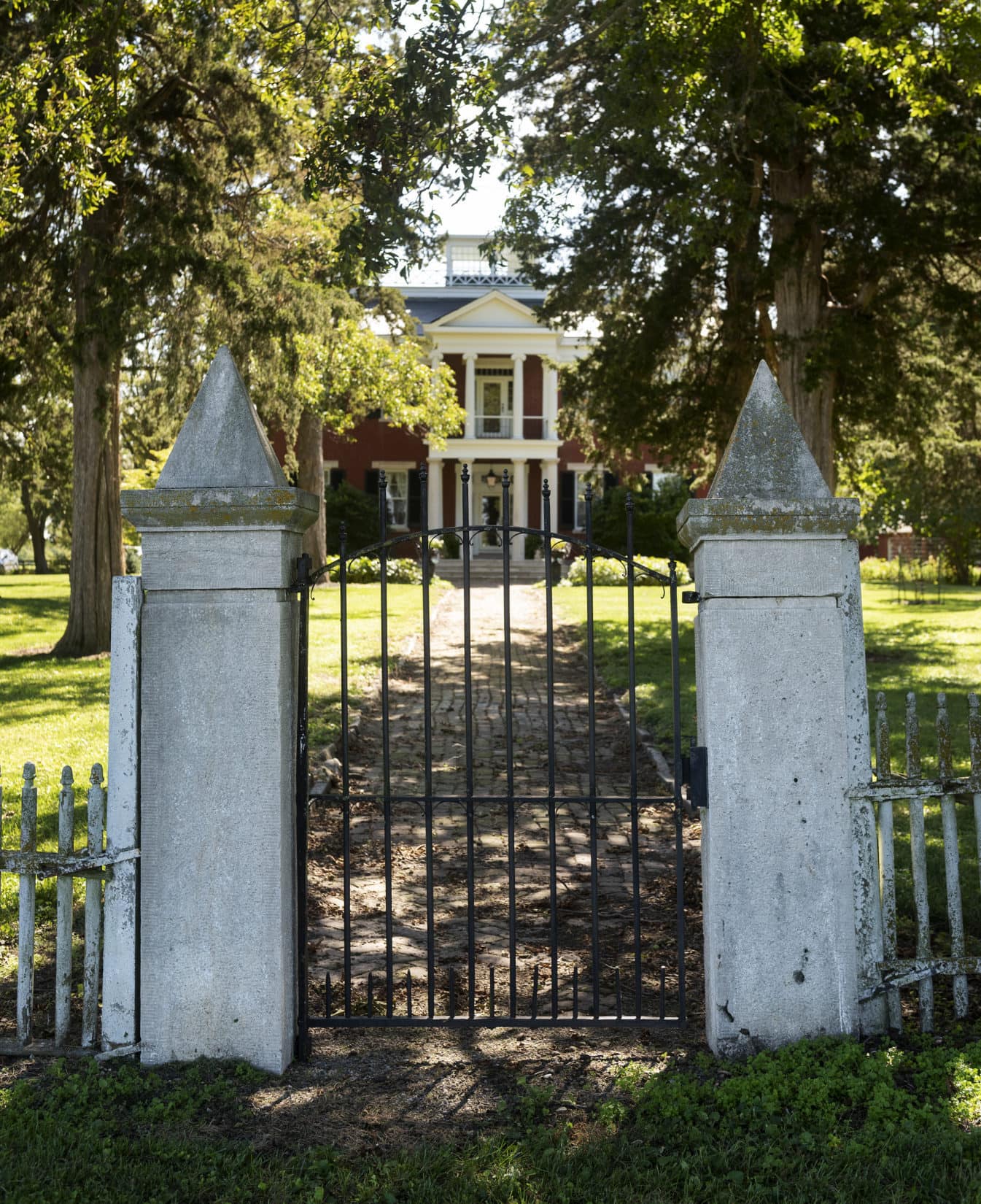 The house was originally heated with fireplaces — eleven of them — but subsequent owners had installed unsightly propane wall heaters. The Kerrs upgraded to a less conspicuous and more efficient system and had the heaters removed, which meant more plaster repairs and some repainting of the faux marble baseboards.

The Kerrs have been meticulous in their continued restoration of the home, which they have furnished with authentic mid-1800s-era pieces, including a sideboard and high chair in the dining room that originally belonged to the Sappington family and have made their way back to the home.

The Kerr’s love of art is evident throughout the home, from their collection of hand-colored Audubon engravings and William H. Brown silhouettes of prominent Americans, to original portraits of William Sappington’s brother and sister-in-law, Erasmus and Penelope, by famed American artist and Arrow Rock’s own George Caleb Bingham.

No one knows better than Day and Whitney Kerr that conscientious historic preservation is an expensive and never-ending commitment, but for them, a passion for the past is also a commitment to the future. Thanks to their efforts, William Sappington’s “foolish” endeavor, and the lessons it can teach, will endure for generations to come.