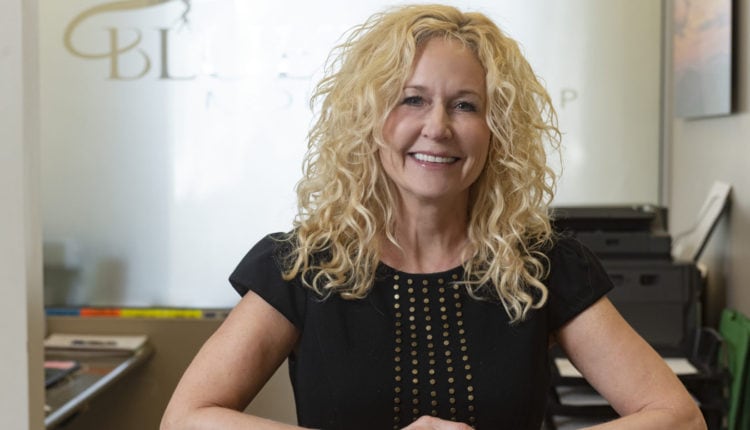 A Novel Approach to Hastening Healing

Bluetail Medical Group is an unlikely name for a medical practice. And just as its name sets it apart from other more conventionally named groups, so does its focus. At the Columbia clinic, located on West Broadway, the focus is on regenerative therapy, an evolving branch of medicine that more and more patients are choosing.

Dr. Kristin Oliver co-owns and staffs the clinic on West Broadway. Oliver, who is board certified in family medicine as well as sports medicine, spends part of her week traveling to other Bluetail offices, located in St. Louis, Minnesota, Florida, Arkansas and Wisconsin. In all, Bluetail is composed of eight different clinics in five states.

Oliver is one of the two founding partners in the group, having started it 14 years ago with Dr. David Crane. As the business has grown, so has the number of partners. Currently there are five. As a physician, Oliver has two sets of skills and passions that power her career. She thrives on helping patients by treating them with regenerative therapy procedures. With her busy schedule and long hours, she has performed more of several types of regenerative procedures than any other physician in the nation. Her other skill set is entrepreneurial. She has the drive, vision and proven ability to create and run a multistate business. She envisions establishing Bluetail clinics in a dozen or more states. 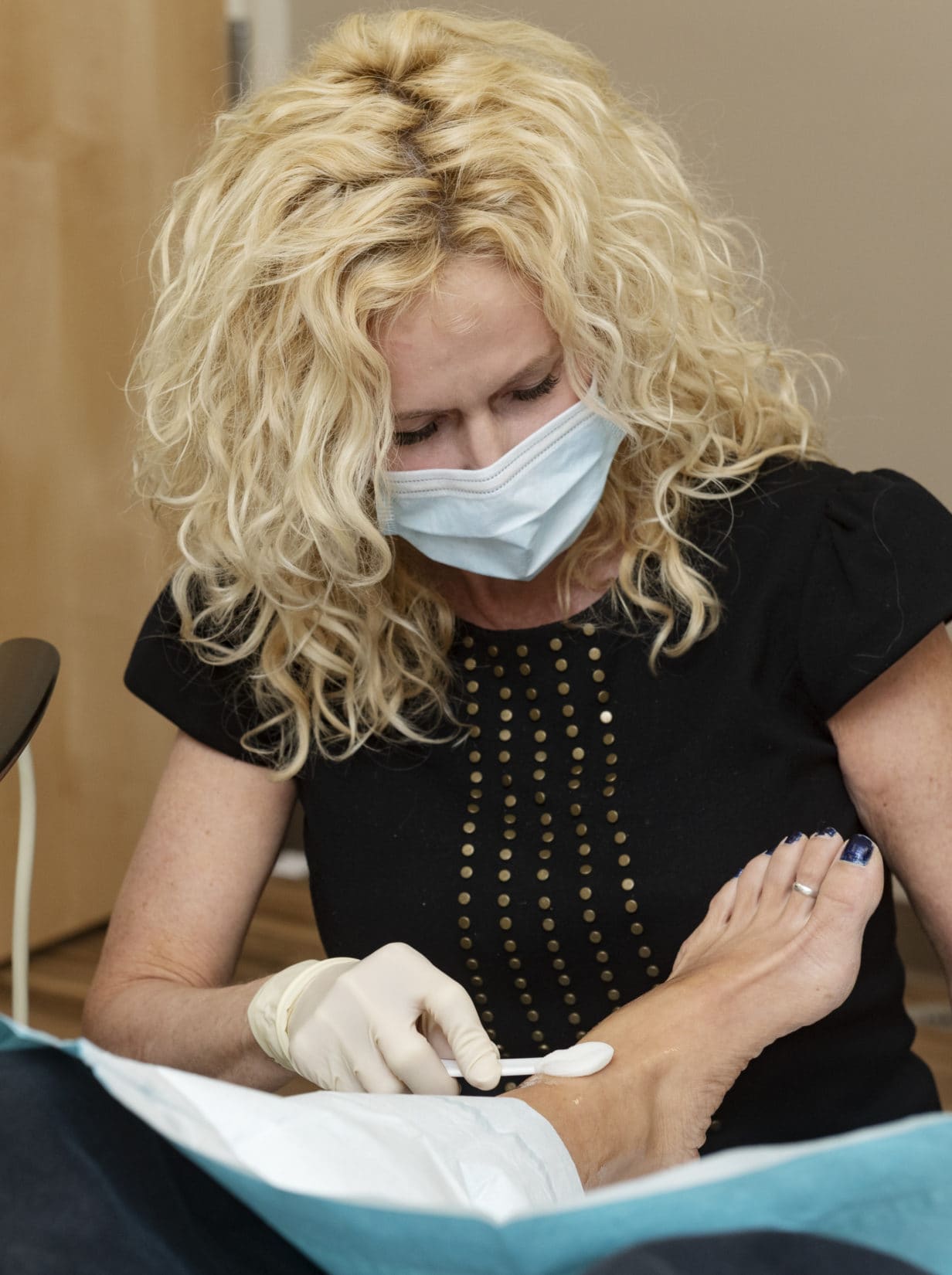 “The model we started for growth is to bootstrap it. So, rather than bring in equity and lose a share of ownership, I decided to put some of my profits into expanding,” Oliver says.

Why the name Bluetail Medical Group, instead of a more standard clinic name, such as Oliver and Crane Regenerative Institutes? “We named our clinic after the blue-tailed skink because when predators grab its bright blue tail, it has a tendency to fall off. Because the lizard has stem cells at the base of its tail, it can regenerate a new one,” Oliver explains.

Regenerative therapy won’t grow back limbs on humans, but studies show it can provide efficient and efficacious treatments for certain types of injuries and chronic conditions. The regenerative therapies offered by Bluetail in Columbia include autologous stem cell therapy (stem cells harvested from a patient’s own body) and platelet-rich plasma therapy (PRP). Although other Bluetail offices treat a wide range of medical problems, Oliver restricts her practice to musculoskeletal problems. “The ideas behind regenerative medicine have been around since the ‘50s,” Oliver says. “We’ve seen a paradigm shift over the past six or seven years as more orthopedic surgeons started becoming interested in regenerative therapies.”

Patients seek regenerative therapies because they want relief from pain and they want their muscles, tendons or bones to heal in the least amount of time possible. Athletes of all ages and abilities appreciate the quicker recovery time that lets them get back to training in days or weeks instead of months. James Abrams, vice president of Wilson’s Fitness Centers, doesn’t hesitate to refer injured athletes to Bluetail. He’s had a number of injuries himself and has benefitted from regenerative therapies. “I am a huge advocate for this type of therapy,” he says. “It lets the body heal itself.”

But regenerative therapy has a much wider reach than just athletes. “Far and away, the most typical patient I see has osteoarthritis or chronic back pain,” says Oliver. “We see the young person — 40 years and below — with a soft tissue injury, and then you get someone 55 or older with arthritis,” Oliver says.

Although elite and dedicated amateur athletes are familiar with regenerative therapies, most people haven’t heard of this type of treatment. One of the main reasons for this is that insurance companies will only pay for the evaluation of an injury or chronic musculoskeletal condition, but they won’t pay for regenerative treatments. Despite a growing body of research showing the benefits of these treatments, insurance companies consider them “investigational.” 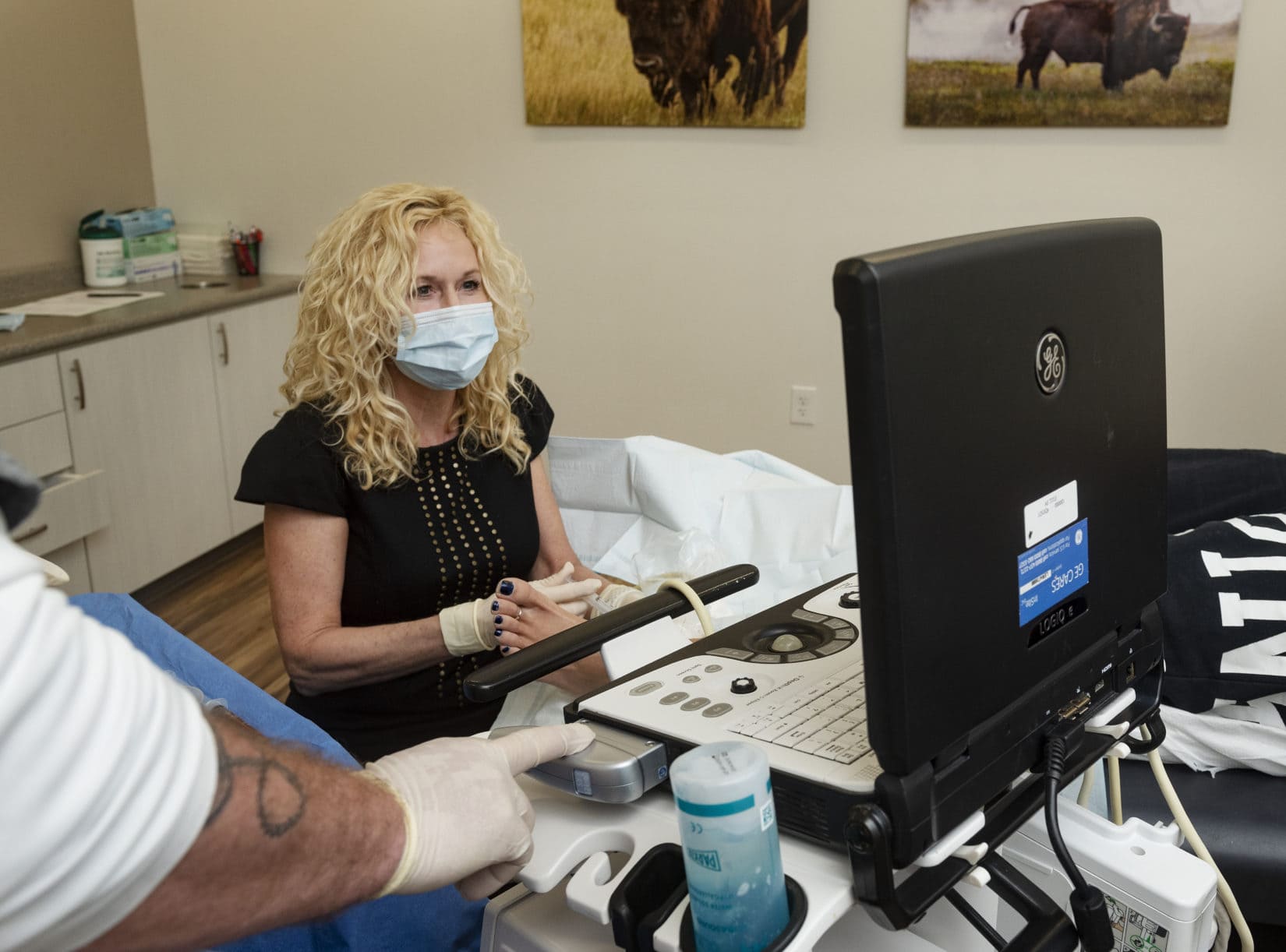 What is regenerative therapy? Basically, it’s a natural alternative to surgery and traditional pain management. Different techniques are used depending on the patient’s needs and the extent of damage. Platelet-rich plasma therapy is used to help people with soft-tissue or tendon and ligament injuries. It involves taking a patient’s platelets, concentrating them in-office with an FDA-cleared device, then injecting them back into the injured area under ultrasound guidance. “But when the injury is to a part of the body where’s not a lot of blood flow — like in a joint or the spine — we have to use stem cells also,” Oliver says. “After we draw blood for platelets and concentrate it, I take stem cells from your bone marrow and concentrate that in another device. The stem cells function like seeds and the platelets are like fertilizer.” Together, the stem cells and platelets stimulate and speed up the body’s healing process.

Whether it’s stem cells or platelets or a combination, both biologics are derived from the patient’s body, not from a pharmaceutical company or from a donor. But not everyone is a good candidate for regenerative therapy. “It doesn’t work for everybody, so we’re pretty picky,” says Oliver. “Compared to conventional therapy, the risk is small. I consider it a nice alternative that lies between physical therapy and cortisone and joint replacement.” She frequently evaluates patients whose joints are so damaged that she can only offer a referral to an orthopedic surgeon.

Stem cell therapy requires that the immature, self-renewing cells found in bone marrow are injected in parts of the body that don’t have a rich blood flow. These immature cells have been shown to regenerate and repair bodily tissues damaged tissue.

Despite insurance companies’ refusal to cover regenerative therapies, thousands of patients are able and willing to pay for their own treatments. Platelet rich plasma therapy can cost as little as $750, while stem cell treatments are closer to $2,500. Oliver says that patients should be wary of extravagant claims of any treatment’s benefit, and should avoid any medical professional offering stem cell treatments derived from placentas, cord blood or amniotic fluid. Because those products are not from the patient’s own body, they may contain nothing but dead cells that do nothing to promote healing.

Abrams doesn’t consider Oliver a miracle worker, instead seeing her as a skilled professional who offers a unique therapy that provides proven benefit. “I always tell everybody there’s a sign in my car that says if I ever get in a wreck and I’m not conscious, call Dr. Oliver,” he says.