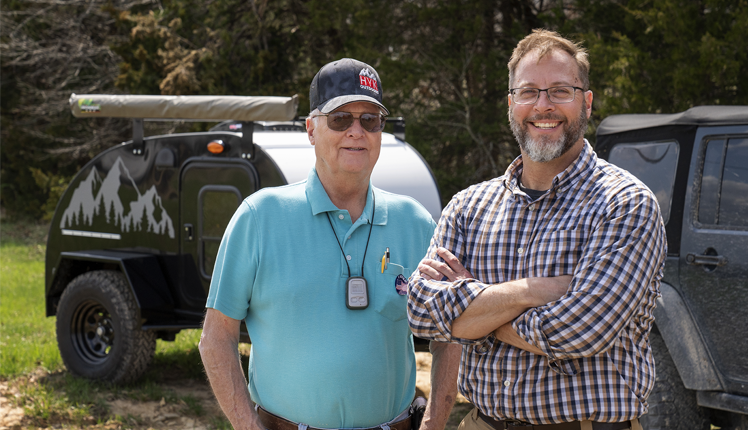 At this stage of their lives — as an adult son and older father — the two of them are enjoying their time together. Jeff owns HYK Outdoors (pronounced “hike”), where Dean helps out several days a week. 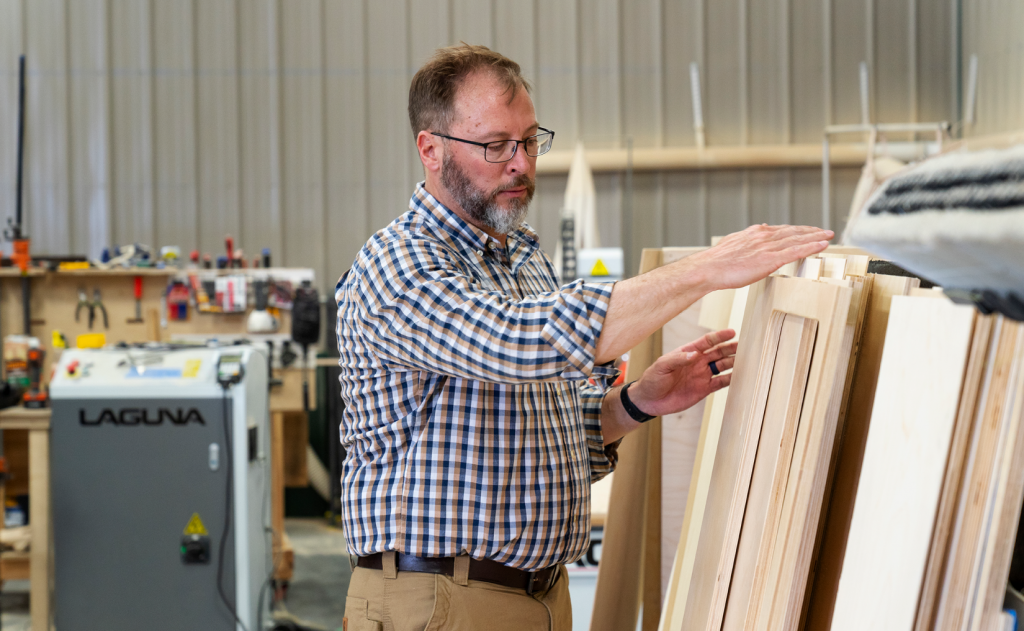 At the company’s production site, located outside Kingdom City, Jeff oversees the assembly and sales of teardrop camper trailers. The trailers provide an alternative to people who like outdoor activities but aren’t fans of 24-foot RVs or tent camping. Only 8 to 10 feet long, HYK Outdoors campers can be pulled by the average car, not just by heavy-duty pickups or high-horsepowered SUVs. With just enough space for a couple to sleep comfortably inside and plenty of storage space under the hatchback, they are being sold to campers and hunters as quick as they can be built. Jeff’s crew, consisting of two employees and his father, take about a week to complete one out of Baltic Birch plywood, aluminum and vinyl. Not only are they practical, but their sleek design makes them a pleasure to look at. Somehow, Jeff has designed a coolness factor into them. They can be rented, custom-ordered or purchased as a DIY kit. Jeff hopes to sell one a week for the remainder of the year.

The business was started in Jeff’s garage two years ago. He had long admired the vintage teardrop campers that were so popular in the 1940s and ‘50s. Wanting one of his own, he decided to try his hand at building one. He wasn’t happy with his first attempt and neither was his father. Inside the company’s workshop, Dean puts down a drill gun he was using to screw a cabinet together and, glad for a chance to talk about his son and the business, recalls Jeff’s first attempt at building one. 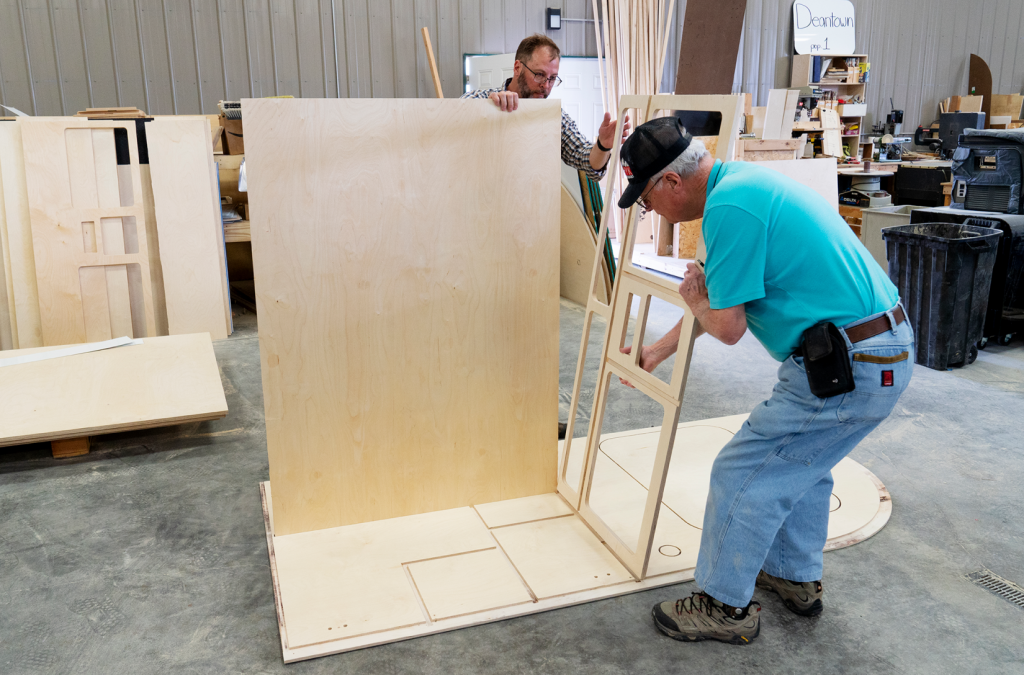 “It wasn’t going well,” he says. Dean, a lifelong woodworker who has also been a building contractor and salesman, naturally did what almost all fathers would do when seeing their child struggling: He lent him a hand — not that Jeff didn’t have considerable woodworking skills himself. Dean sees himself as someone who can help support Jeff’s efforts, not someone who imposes his will on his son. It’s a way of parenting that Dean and his wife, Linda, adopted and which has worked well for Jeff and his older sister. “One of the things kids have to have is your support,” says Dean. “It’s just that simple. If one comes to you with an idea and you have any inkling that it’ll work, support it.”

Recalling that first attempt, Jeff laughs at his rough start. “It was horrible, not close to good work. We got halfway done and I convinced my wife that we needed to buy a commercial router to cut all the curved pieces. I rented a little garage, but it wasn’t big enough. So, we built this first trailer in the parking lot of a storage unit,” he says. 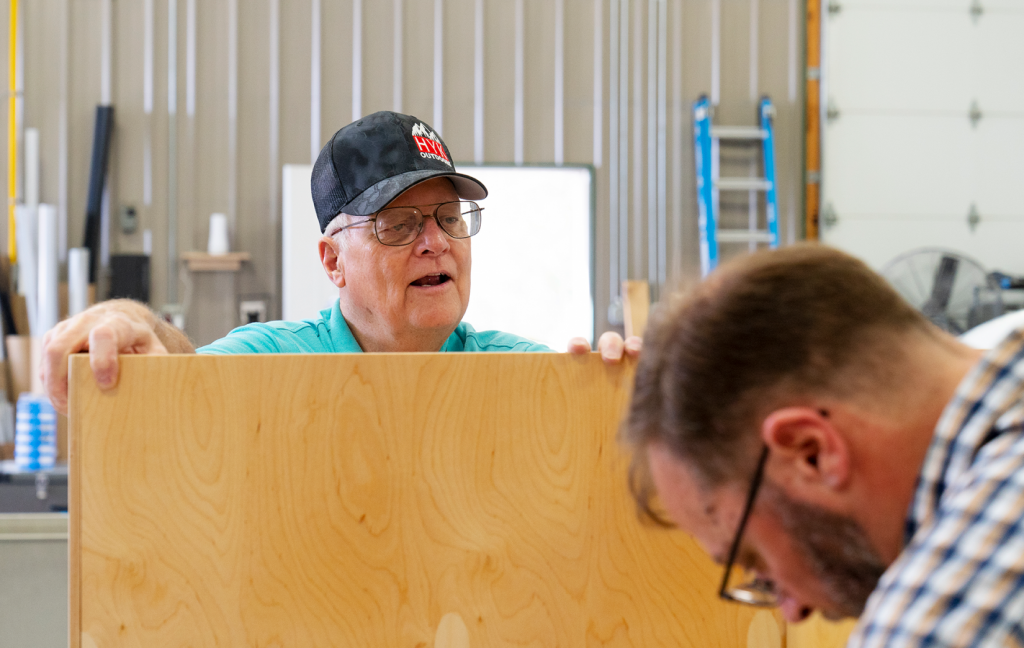 The trailer became a prototype that proved more popular than Jeff imagined. Proud of his son’s accomplishments, Dean points out that the first camper he helped Jeff build — a gray one — sits just outside the company’s office building and can be seen from I-70.

The two are used to spending time together building things. “We’ve always been really close,” says Jeff. Growing up, Jeff looked forward to working on projects with his dad. As a young adult, Jeff built about a dozen homes with his father, but he never thought that they would be working together like they do now. “Our interests are different,” he says. “But woodworking has been a common interest.”

The parent and child have a mutual admiration of each other. “I’ve always looked to my dad for wisdom and insight, someone to bounce ideas off,” Jeff says. When asked what Jeff was like as a child, Dean answers without a moment’s hesitation, “He was wonderful.”

Jeff is known as someone with lots of ideas. When he told his friend, Zack Weitkemper, about his brainstorm of building and selling teardrop campers, Zach wasn’t especially surprised or impressed.

“I thought he was out of his mind,” says Weitkemper. “But I told him that if that’s what you think you want to do, then go for it. And, sure enough, he’s started selling a good number of trailers.”

Jeff appreciates the support he gets from his family and friends. And he’ll be paying it forward this summer, when his daughter, Meredith, will be helping with social media and inventory control before heading off to college. He also gets encouragement from his customers. “They just love them,” he says. “Everybody thinks they are just as cute as they can be.” 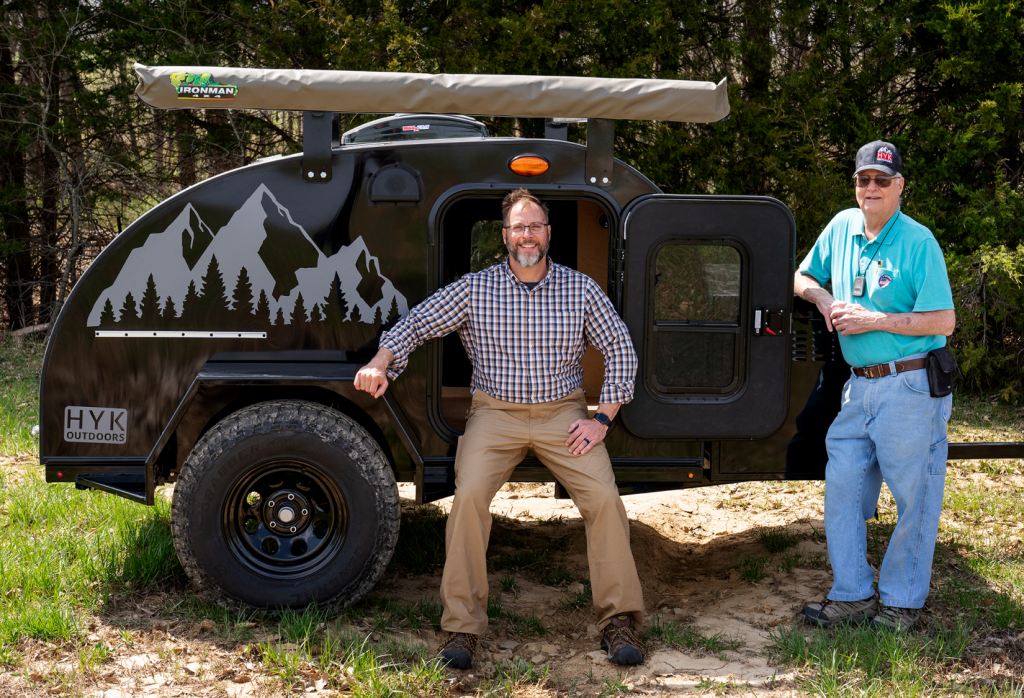 Customers are finding their way to the Kingdom City company headquarters from as far away South Carolina, Minnesota, Colorado and Texas. Most of HYK Outdoors marketing is through Facebook Marketplace. Although started on a shoestring, the company is positioned to continue growing. Jeff envisions adding a showroom and maybe several more buildings to their production site. “HYK Outdoors will not just be a teardrop company,” says Jeff. “We aspire to break into the manufacturing of accessories for Mercedes-Benz Sprinters. And I’d love to develop a line of clothing. In addition, we’d like to revolutionize the DIY kit business.”

The ideas seem to keep coming. Dean listens to his son’s ambitious plans and knows two things from his 47 years of experience as Jeff’s father. First, he is confident that Jeff can accomplish what he sets out to do. And secondly, he knows that whatever ideas Jeff has in his creative mind, that as a father, he’ll support his efforts.