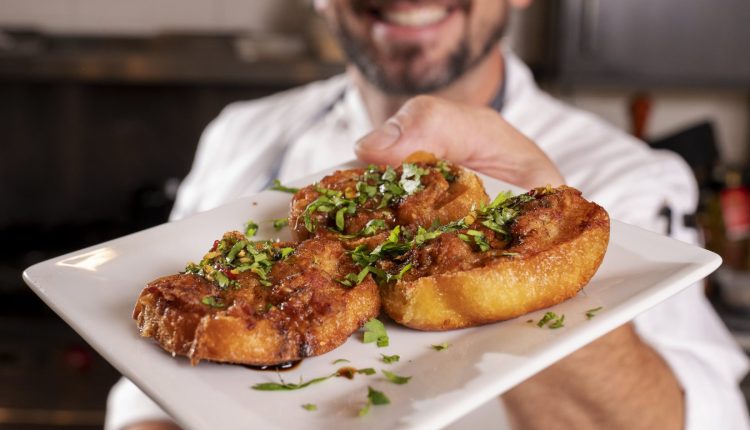 In the early 2000s, I had a friend who worked at a restaurant in New York City. The first time I went to this Chinese/French fusion restaurant, they said, “Make sure you get the shrimp toast.”

Being a Midwest boy in New York, I was expecting some type of cooked shrimp on top of toast. But that’s not what I got.

Instead, it appeared to be an overly large crouton with a smear of paste on top that was fried and served with some type of sauce. Honestly, the appearance was somewhat underwhelming.

I’m pretty sure I ate about six.

They were delicious; crunchy on the outside, creamy on the inside, salty and addictive. Later, when I was asked about the shrimp toast, I explained how much I liked them and asked how it was made. “Shrimp pureed with pork fat, spread on toast, and fried,” was the response.

As you will read, it is slightly more complicated than that, but not much. It’s easy to make the puree or mousse one day and save to spread on toast another.

The dish is actually a Cantonese dim sum dish that was popularized in Hong Kong and spread throughout cultures in Southeast Asia. 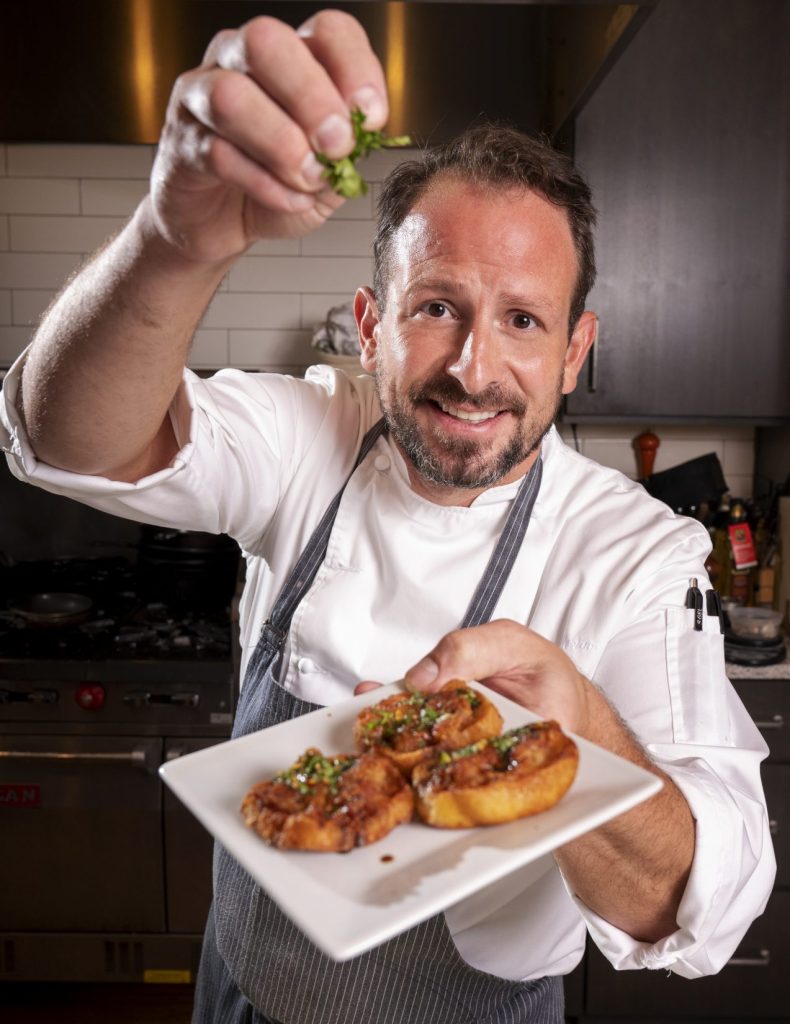 There are different variations of the mousse or mousseline. Some are made with a food processor and can be very smooth, and others are just chopped by hand. You also can make some with a combination of both.

I use a ratio of about four shrimp to three bacon (one of the best types of pork fat), but you can adjust that based on your taste. Garlic, onions, soy sauce and other aromatics help round out the flavor.

You should not just make the mousse and go with it. Cook a small batch to taste and check the salt level and the heat. Does it need more soy sauce and a few more cloves of garlic? It sometimes takes several attempts to get the flavor just right. It is better to fix it now, rather than have all the shrimp toast made and think to yourself, “This could use a little more salt.”

Any bread will work to make shrimp toast. You want slices that are about a quarter to half-inch thick. This is thick enough to have structure for the mousse, but not enough to be too big to eat or soak up too much oil. A brioche roll or bun works well, as does white or wheat bread. Pieces of bread that are large enough for two or three bites are great; triangles, squares, rounds or whatever works best with the type of bread that you have.

This is where you can get creative. A simple soy sauce with ginger and sugar or hot sauce and mayo or sweet pepper sauce all would be delicious. Whatever direction you want to head is great: sweet, salty, sour, whatever your desired taste.

Included in the following recipe is a simple soy and sesame oil sauce with a little chili and ginger that can be drizzled over the toast just before serving. 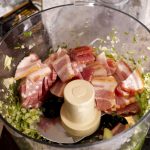 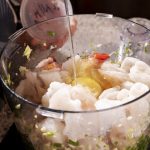 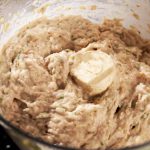 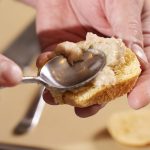 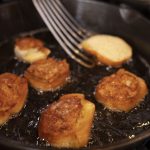 Click here for tips on how to peel and cut ginger for the perfect sauce.