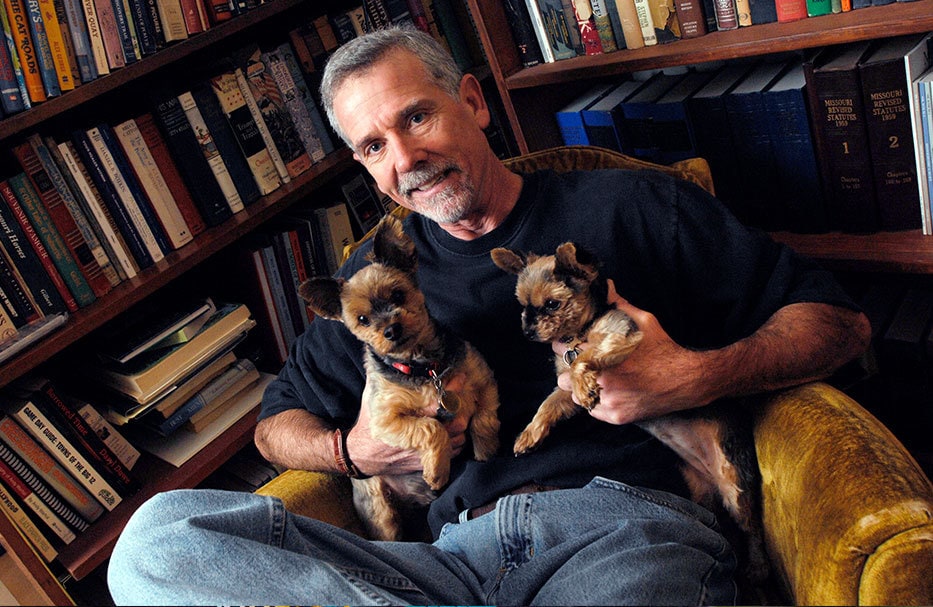 Queenie was pissed. She’d just overheard that the American Dog Museum is leaving Missouri, moving from St. Louis back to Manhattan. It was a blow to Queenie’s psyche. That’s what I believe she thinks. But who knows? We’d just given her a bath, an event she tolerates like a cat. And the mailman just rang the doorbell.

Queenie is our Yorkshire terrier, two pounds on the hoof, pushing 17 years old, mostly deaf and blind. But she stands firm on her principles, and you’re darn right she’d be pissed if she realized we’re losing the Dog Museum, where dogs are welcome, and the museum’s major player, the American Kennel Club, has the decency not to include taxidermic specimens of dogs among their 500 displays.

For nearly 30 years the museum opened its doors to dogs and their owners at the beautiful Jarville Mansion in Queeny Park. Now the AKC is yanking its leash, and walking its dog paraphernalia back to New York.

But maybe Queenie was pissed about something else, like Mizzou basketball, or treats, not necessarily in that order. It’s hard to tell.

She might be upset that she couldn’t vote for her personal veterinarian, Jill Moseley, in Best of Columbia. And she would’ve voted once a day, like clockwork, because she’s a dog, and dogs like routine. Alas, she’s ineligible through no fault of her own. The person at the other end of her leash disqualifies her because of a loose affiliation with this magazine.

But at her frail stage in life, I remind Queenie that there’s something much more important than competition or the AKC or the dog museum. Right here in Columbia there’s a monument to every dog in Missouri, and all house pets, too.

It’s a spot her littermate knew well. If you ask Baskin Robinson, a bull Yorkie pushing six pounds, he spent way too much time at the University of Missouri College of Veterinary Medicine. But that teaching hospital saved him, and added five quality years to his life. When Dr. Jill and Dr. Chris at Peach Tree Animal Hospital referred Baskin to the Mizzou veterinary hospital, they knew he would undergo a thorough analysis in the manner of a Mayo Clinic.

I recall our first visit to the hospital, sitting among other dogs and their owners, all in need. A Golden Labrador walked with its hindquarters suspended from a wheelchair. A collie forced a raspy bark. A mixed breed bumped around the waiting room, a lampshade surrounding her face to keep her from chewing her coat. Next to a snubnosed shih tzu, a dachshund poked his pointy face out of a cozy basket. As I commiserated with these owners, I realized that they were from all over Missouri. West Plains. Kirksville. St. Louis. St. James.

Of all the factors that combine to rank Columbia among America’s best cities, I don’t know if pet care matters to the judges. I never thought much about urgent care for pets, until we needed it. This hospital is one of Columbia’s hidden gems, tucked out of sight between Sanborn Field and Hinkson Creek.

Maybe Queenie will never visit that hospital. I hope your pets never need the hospital’s care. But it’s comforting to know that option exists right here in our town. And unlike the Museum of the Dog, the Mizzou Veterinary Hospital will obey our collective command: Stay.