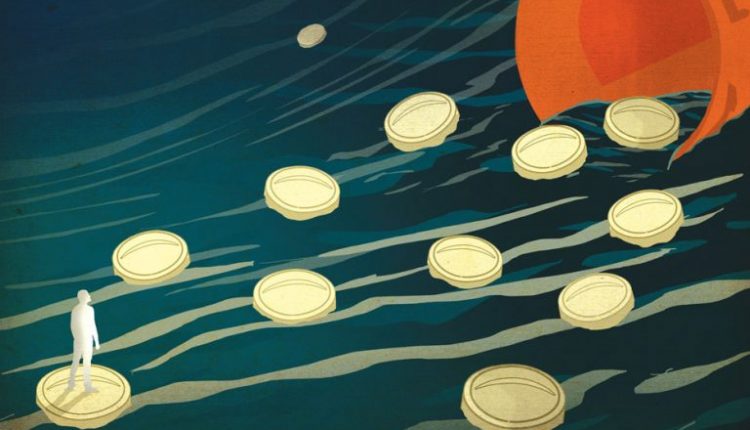 The Depths of the Opioid Crisis

Close your eyes and imagine it’s winter. You are outside on a bitterly cold and blustery day. The wind makes your cheeks raw and your fingertips turn numb. The cold creeps into your bones. Finally, you enter a warm house full of loved ones. Someone hands you a cup of cocoa and invites you to stand by the fire. A friend you’ve missed embraces you. Relief and happiness overwhelm you.

That’s what an opioid high feels like, according to Eddie, a former addict who prefers not to use his last name. He participated in an Opioid Crisis Town Hall hosted by 93.9 FM the Eagle and KMIZ TV 17 on May 25, 2017.

The feeling of euphoria from opioids occurs because the drugs bind to areas of the brain that control pain and emotions, driving up levels of the hormone dopamine. As the brain becomes accustomed to the feelings it often takes more and more opioids to produce results, leading to dependence and addiction.

Eddie has been clean for almost 5 years. He was joined on the panel by Rep. Holly Rehder, R-Sikeston, who has led the charge to pass a statewide Prescription Drug Monitoring Program; physician Dr. Blake Brooks, who lost his son to an opioid overdose; and Troy Derby, an agent of the Drug Enforcement Administration. The Town Hall was called to discuss how to stem the rising tide of opioid addiction in mid-Missouri.

Over the past two decades, deaths from drug overdoses have become the leading cause of injury death in the United States. More than 59,000 Americans are expected to die from a drug overdose this year. From 1999 to 2013, more than 220,000 American lives were lost to opioid-related overdoses (175,000 from Rx opioids and 45,000 from heroin).

The Centers for Disease Control and Prevention has labeled it an opioid crisis. The CDC estimates that in Missouri enough prescription opioids are given out to cover more than 84 percent of the population. Until recently, Missouri was the only state in the country without a Prescription Drug Monitoring Program.

Rep. Rehder introduced a bill in the 2017 legislative session to implement a statewide Prescription Drug Monitoring Program (PDMP) to track prescription opioids such as OxyContin and Hydrocodone, the two most widely abused and addictive painkillers. PDMPs prevent addicts from going from doctor to doctor to obtain a new prescription by tracking opioid prescriptions through a database. The bill was blocked through filibusters for the past several years by Sen. Rob Schaaf, R-St. Joseph, who objected to it based on privacy concerns. On July 17, Gov. Eric Greitens created a PDMP for Missouri by executive order that will use a database to track doctors’ prescribing practices rather than patients’ prescriptions in order to shut down so-called “pill mills.” Rehder called the executive order an important layer to counter opioid abuse by making sure doctors are prescribing appropriately, but it does not constitute a comprehensive PDMP.

Troy Derby of the DEA said addiction often begins when patients have an accident or surgery. An opioid painkiller is prescribed to lessen their discomfort but they quickly become dependent on it.

“OxyContin and Hydrocodone are expensive,” said Derby. “Heroin is not.”

The patient may find heroin is as easily obtainable as prescription drugs. But heroin, which is smuggled into the United States by traffickers, is often cut with Fentanyl, a drug that is one hundred times more potent than morphine.

“Fentanyl metabolizes more quickly than heroin, and it can be absorbed through the skin. First responders have much less time to administer Narcan, an antidote, to save the victim’s life,” Derby said.

Eddie started using opioids when he was 19, stealing drugs from his parents’ and grandparents’ medicine cabinets. He graduated to getting pain medications by going from emergency room to emergency room, complaining of a severe toothache. He tried to get clean several times.

“Just quitting is not an option, physically or mentally,” Eddie said. “Your body is in excruciating pain. It’s hell.” He went through rehab eight times. Finally, he was ready to quit. “You know you’re just going to keep hurting the people around you.” He relied on his family and clean friends, “the ones I had left,” he said, to help him through withdrawal.

Patients addicted to opioids go through rehab an average of seven times. Rep. Rehder, whose daughter became addicted at the age of 17, said it requires a holistic approach and “retraining your mind” to avoid the triggers that set off cravings for drugs. Her daughter has been drug-free for the past three years after spending six months in a rehab facility.

Drug treatment programs exist in almost every community, according to Dr. Brooks. He counsels people with addiction issues to contact their physicians and to seek free programs such as AA, Al-Anon, Compassionate Friends and online resources. Many state-based and non-profit programs are also free. The first step, he said, is to admit there is a problem and seek help. 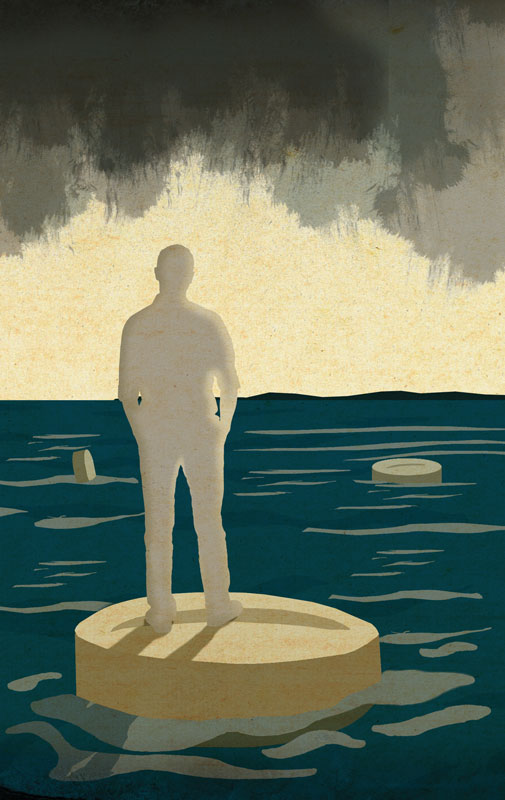 The Disease of Addiction

Second Ward City Councilman Mike Trapp attended the discussion. He has spent his career as a drug counselor.
“Treatment for addiction is effective,” said Trapp. “It typically requires 90 days of active treatment and six months of follow-up care. What concerns me — and should concern all of us — is the stigma, prejudice and discrimination against people who need this medical treatment. It is just another chronic illness and should be treated as such.”

Brooks and Rehder echoed Trapp’s statement. “We don’t look at diabetics with anything but concern,” Brooks said.
On June 2, 2015, he received a call saying his son had been found unresponsive. His son, Lucas, had been out of rehab for a month; Brooks thought Lucas was turning a corner but instead he took a fatal dose of heroin.

“We are all flawed bodies,” said Rehder. “When an addict stumbles, we give up. We must be willing to take it out in the open and treat it like the disease that it is.”

What Missouri and Other States Are Doing

New York State enacted the first Prescription Drug Monitoring Program in 1918 to regulate morphine, cocaine and heroin, all legally prescribed at that time. California has the oldest continuous drug monitoring program, which was adopted in 1939. Missouri was the last state in the nation to have a PDMP. It differs from most other states’ programs by working with private sector partners such as insurance companies to obtain “de-identified data” to target “pill mills that pump out prescription drugs at dangerous and unlawful levels,” according to the governor’s news release.

When the Missouri legislature failed to pass a PDMP, many Missouri counties, including Boone, joined with a St. Louis County PDMP that requires pharmacies to use and contribute to a database of opioid prescription information. Approximately 60 percent of the state’s population is included in the database, and 80 percent is expected to be included by the end of the year.

Eighteen states have “physician mandated” PDMPs, meaning physicians are required to consult a database of patients’ prescription history before prescribing opioids. A study conducted by the Pew Charitable Trust found that mandatory use of the database in New York led to an 8.7 percent decline in opioid prescriptions, and to a 12.8 percent increase in prescriptions for opioid dependence. The Missouri State Medical Association, which supports passage of a PDMP, opposes including a physician mandate.

Missouri became the third state in the nation to file suit against pharmaceutical companies for “a coordinated campaign of fraud and deception” that led to the opioid crisis. Attorney General Josh Hawley brought the suit against Endo Pharmaceuticals, Purdue Pharma and Janssen Pharmaceuticals, saying they used fraudulent science to mislead patients on the addictive risks of opioids and “profited from the suffering of Missourians.” Ohio and Mississippi have filed similar suits. Kentucky sued Purdue Pharma in 2015 and the case was settled for $24 million.

Twenty-one states, including neighboring Illinois and Arkansas, have adopted laws to legalize the use of marijuana for medical purposes. Researchers found that opiate-related deaths decreased by approximately 33 percent in 13 states in the following six years after medical marijuana was legalized, according to a study published in the journal JAMA Internal Medicine. In 2010 alone, states with legalized medical marijuana saw approximately 1,700 fewer opioid-related overdose deaths.

Use of medicinal marijuana in states where it is legal is approved for a number of conditions, including cancer, HIV, multiple sclerosis and glaucoma. The pain-relieving benefits of marijuana allow patients to eliminate or lower the use of opioid painkillers.

The Mental Challenge of Addiction

Addiction hit home for Rep. Holly Rehder, R-Sikeston, when her daughter became addicted to opioids at the age of 17. Rep. Rehder, who has spent the past five years trying to establish a Prescription Drug Monitoring Program in Missouri, said the mental health aspect of overcoming addiction is paramount to effective treatment.

“Effective counseling helps patients identify the mental triggers that make them crave drugs,” said Rehder. Stress, memories, even sensory factors such as smells, can trigger the urge for euphoria provided by opioids. Rehder said it can take two years of recovery before the brain relearns to make its own endorphins. Avoiding known triggers and getting mental health counseling during this time is essential.