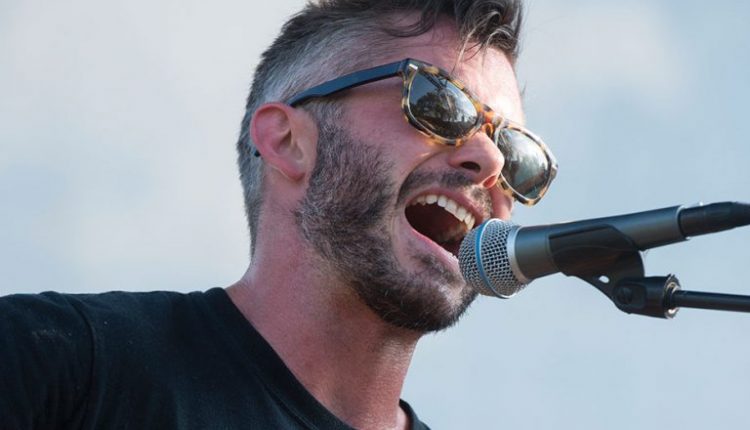 More than any of the blues fests I’ve attended over the years, this month’s Roots N Blues N BBQ Festival in Stephens Lake Park showcases local players front and center and in their best light. Any given year Chump Change, the Bel Airs, Fried Crawdaddies and their ilk have kept the tone fierce but mellow and the bar for “blues with a feeling” quite high. Last year it was a mid-day set by the Flood Brothers that commanded my attention: swamping it up on a big empty stage with a little help from local Lou Nevins.

Gabe Meyer and Jacob Best met as kids growing up in Hannibal, Missouri. Friends first, they shared many interests, including music. Small-town life being what it is, it wasn’t long before they headed to the basement with just a drum set and a guitar, where they cooked up a sound that seemed to satisfy — transmuting the simple sonics of garage rock and the exposed minimalism of back country blues into a kind of personal punk blues that valued spontaneity along with tradition. Nothing new here: even bass-less, the sound had been propelling a host of young blues outfits on labels like Fat Possum Records, for a while. They were part of a strange generation of young players. Welding Jacob’s hill country beats and some twitchy, wrong-note harmonies to the serrated declensions of Gabe’s decidedly Delta style of slide guitar, the boys stumbled upon the elusive “endless groove” so many players south of them found seductive.

When the time came to “light out for the territories,” the river that runs by Meyer and Best’s (and Huck’s) hometown provided the map to their territory, and so at the dawn of the new millennium our boys lit out north through the Dakotas to Montana. They followed jobs — work that allowed them to play — and kept at it until the situation revolved so that playing became their work. And they knew it was time to come home. Back in Missouri after having second-natured their distinctive hard-boogie sound, Myers and Best reached out to family and blew the back out of it all by adding Best’s brother Colin, a multi-instrumentalist who could provide bottomless bass or over-the-top keyboards, as needed.

By now, the still nameless Flood Brothers had amassed quite a repertoire of original material, so they made centrally located Columbia their new base of operations and began a cycle of touring and recording. Though their sound was sui generis, an onliest homebrew that was by now second nature to them, they felt a kinship with the spare, intense strain of blues that called the hill country of northern Mississippi and Alabama home, and included older cats like R.L. Burnside and T Model Ford, who loudly projected an amplified slide-heavy sound that ran traditional blues figures through often third-rate equipment to produce an emblematic kind of small combo chaos designed to compete with the juke joint shenanigans.

Burnside was a special point of reference for the Flood Brothers (they’d found their moniker spray painted on a dumpster while on a break behind Buddy Guy’s club Legends). Though they had concocted their unique blues recipe on their own, they knew they shared a kinship with the down slash-and-moan sound of the Mississippi hills — dubbed “World Boogie” by the natives.

“Big Daddy” R.L. Burnside had not only helped found but he eventually (literally) fathered a distinctive blues sound that, like the westside sound of Chicago, evolved from the hardship economics that dominated the lives of much of their audience. You had to do less with more, fewer musicians, louder dynamics to cover and a flexible, sometimes pop setlist to hold the diverse musical interests of the working poor. And as the Flood Brothers had already learned, sometimes you could only trust family to respect and keep a musical legacy pure… plus, you can trust family and they work cheap.

It was perhaps providence in the form of a chance meeting in Kirksville, Missouri, with blues prodigy Jimbo Mathus that led the Brothers to Kent Burnsides’ doorstep. Both Mathus and Burnside were familiar with the strong play that distinguished mid-Missouri’s blues scene through their relationship with local impresario and “Blues Santa,” the late B. Griffin.

Suddenly the Flood Brothers were on the road with Burnside. Soon they became part of the extended blues family that was the Burnside clan — collaborating with mainly R.L.’s grandson Kent and sometimes with his cousin Cedric. They were instinct-quick at picking up the quirky, hill country Burnside catalog, because they’d long ago arrived at the same musical place, albeit from a different direction.

Over the years, the Flood Brothers continued to tour constantly, with and without Burnside, but at the same time managed to establish a meaningful presence on their new hometown’s extremely deep-rooted blues scene. This is heartening news, because new blood and the next generation are at the very core of the blues ethos. Family-tight trust and the dignity of generations passing close together are more important to “living blues” than CD sales or airplay ever were. Then, earlier this year, they finally recorded and released a CD in full-fledged partnership with Burnside, called simply “Kent Burnside and the Flood Brothers,” with every track co-written by the Brothers and their Hill Country cousin Kent.

The Flood Brothers are no strangers to the Roots N Blues stage, in fact they’ve played all but one of the annual festivals. This year they’ll take the Missouri Lottery Stage in about the same slot as 2016 (11:30 a.m., Saturday, September 30), though this time, they’ll be joined by Burnside in burning through original road-tested material that is almost criminally collaborative. The diverse partnership is tightly integrated and serves as this year’s Roots N Blues best bet to deliver on blues prophet Jim Dickinson’s oft repeated epitath: “World Boogie is Coming.”