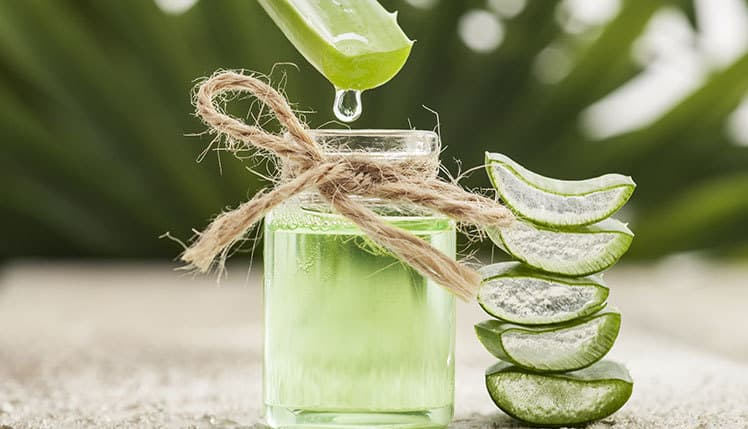 Aloe Plant Can Do More Than Just Soothe Skin Burns

If the title of this article has you wondering why we’re talking about the benefits of consuming aloe juice, you’re not alone. As a health professional, I am always skeptical about new food trends that may not have any scientific validity to support their cause. Traditionally, aloe is the solution we all turn to through summer to help soothe the skin and other topical benefits such as prevention of scars. However, believe it or not, aloe vera juice has countless health benefits and can make for a very good addition towards a healthy regimen.

If you’ve been keeping up with the most current health trends, aloe seems to be on every list from soothing sunburns to treating acne. Aloe juice bottles have been popping up at trendy health food stores claiming benefits such as improved digestion, relieving acid-reflux and boosting the immune system. So, can aloe juice do more than just offer healthy skin benefits?

Aloe’s Use In Other Cultures

Traditionally, aloe was used medicinally in the Indian and Chinese cultures. If you grab a traditional Indian medicine book, you’ll find aloe listed often as the go-to remedy for preventing infections, worm infestation, colic and skin disorders. Whereas if you were to look over Chinese medicine remedies, aloe is listed to treat fungal infections. Here in the westernized culture, we turn to aloe for its skin promoting benefits more often than not. However, it appears that we too are catching up on ancient medical treatments from across the globe and as a result, aloe has earned a coveted spot on shelves at various health food stores.

Structurally, aloe has two important components: the gel obtained from the center of the leaf and the sticky latex-like substance found beneath the leaf. Traditionally the gel is used to treat psoriasis, eczema, dry or itchy skin, sunburns, frostbite and cold sores. Studies have shown that ingestion of aloe gel can help prevent constipation, osteoarthritis, digestive disorders and inflammation. Drinking aloe should be avoided if one is pregnant or on certain medications.

A 2015 study published a review of data of various studies that examined aloe’s ability to help speed up healing. The authors concluded that applying aloe gel on a cut or burn can help it heal faster, and these findings were published in the Journal of BioMed Research International. According to Dr. Allison Webster, associate director of nutrition communications at the International Food Information Council, aloe juice is a rich source of vitamin C and B. However, most studies caution against purchasing “aloe flavored” teas, juices and other such beverages. It turns out commercially sold “aloe juice added” products have very little aloe added and instead are loaded with sugars and preservatives. The recommendation made by the clinical community is to use pure aloe juice or add aloe gel to your food directly in order to achieve maximum benefits.

Aloe is a rich source of antioxidants and vitamins that cannot only enhance the immune system, but also help fight infections. Vitamins such as A, C, B12 and E are abundantly found in aloe gel. Aside from the antioxidant vitamins mentioned above, aloe is also a rich source of choline, which is required for neurological health and normal brain development. Aloe contains 12 anthraquinones, which are compounds known to have laxative properties. Thus, addition of aloe juice or gel to one’s diet can help relieve constipation; however, proceed with caution as this compound has strong laxative properties. Aloe also contains aloin and emodin, which are compounds that act as analgesics, antibacterials and antivirals. Aloe contains key fatty acids that can prevent inflammation and heal wounds.

A recent study reported in the Journal of Research in Medical Sciences found that 30 milliliters of aloe vera juice when consumed twice a day decreased the level of discomfort in patients with irritable bowel syndrome. Aloe is also a rich source of zinc, and therefore can help combat zinc deficiency and improve the immune system. During the next flu season, consider using aloe as a preventive strategy.

It has been suggested that enzymes found in aloe gel help break down food post digestion, enhance absorption of nutrients and maintain a strong metabolism, which in turn helps keep digestion in check. Studies have suggested that aloe may be able to alleviate hyperglycemia and improve lipid profile, thereby assisting in the management of diabetes and heart diseases. In fact, two clinical trials reported that when diabetic women without drug therapy were administered one tablespoon of aloe vera gel or a placebo for six weeks, their blood glucose and serum triglyceride levels were significantly decreased with aloe vera treatment -— thus suggesting the medicinal power of aloe.

Stay Clear From Trends And Fads

As with any food trend, if it sounds too good to be true, it probably is! Soothing a skin burn with aloe is one thing, but consuming it in excess in hopes of achieving an A+ on your health record may not be advisable. Aloe does have strong laxative properties, so use with caution. Additionally, unless you’re consuming pure aloe juice, products claiming to have “added aloe pulp/gel/juice” are probably fads, containing sugars and preservatives and misleading consumers.

Dr. Suman Ahuja completed her education at Columbia University College of Physicians and Surgeons in New York and at Texas Tech. She has a doctorate in Clinical Nutrition with an emphasis on obesity treatment and prevention. She defines nutrition as a form of functional medicine without which, chronic diseases cannot be treated or prevented.

This article is intended for educational purposes alone and should not be construed as medical advice. Please always consult with your health care provider before you decide to adopt any advice or recommendations suggested within the article.