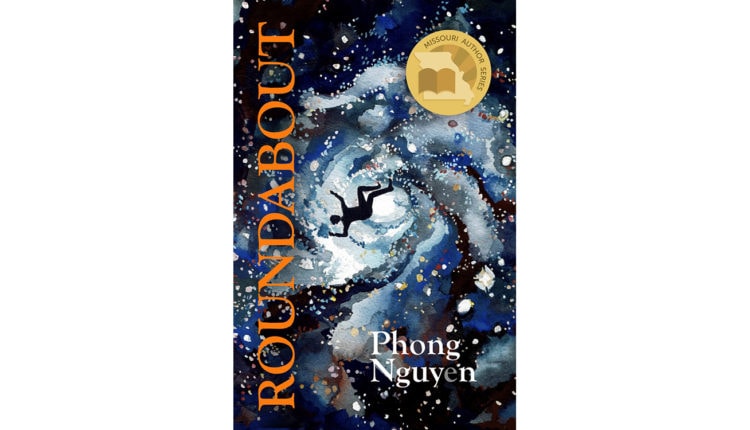 You might not notice at first. But screw up your vision, then peer a little closer at the cover of Phong Nguyen’s new novel, Roundabout. You’ll see it: The letter “e” in his last name is a faint, hazy gray, just a few shades darker than the white font that sandwiches it. Seems a simple stylistic choice, you might think, until you turn the page and start reading.

“Ovid Dullann was a promising child who would always stay a promising child — a prodigy grown old and sad,” Nguyen writes. “Grow as Ovid might, with him it was always a similar thing in dissimilar proportion, as a truck gradually grows in sound on its approach.”

If you’re a Wheel of Fortune or Scrabble fan, maybe you’ve already clued into the trick. That whole paragraph is missing the letter “e.”

In fact, read the rest of Nguyen’s novel, and you won’t find a single “e” in the entire manuscript (apart from the one on the cover). He actually removed the “e” pad on his keyboard to prevent himself from accidentally tapping it. Roundabout is a work of constraint writing, limited by a simple rule: Never use “e,” which, of course, only happens to be the most common letter of the English language.

Yet Nguyen pushed the oddity even further. The book is also improvisational fiction, which means Nguyen adhered to improv acting’s rule of “yes, and,” where no actor is allowed to say “no” once another has supplied a new situation. He took feedback from his writer friends and never turned down their suggestions. Like a comedian using stage props, he explains, he mixed in well-known texts that lacked the letter ‘e,’ such as John F. Kennedy’s oft-quoted “Ask not what your country can do for you; ask what you can do for your country.”

As Nguyen puts it, he “gave free reign to his subconscious” for more than a decade, allowing ideas to seep onto the page that, in any other situation, he would have thought too bizarre to write down. 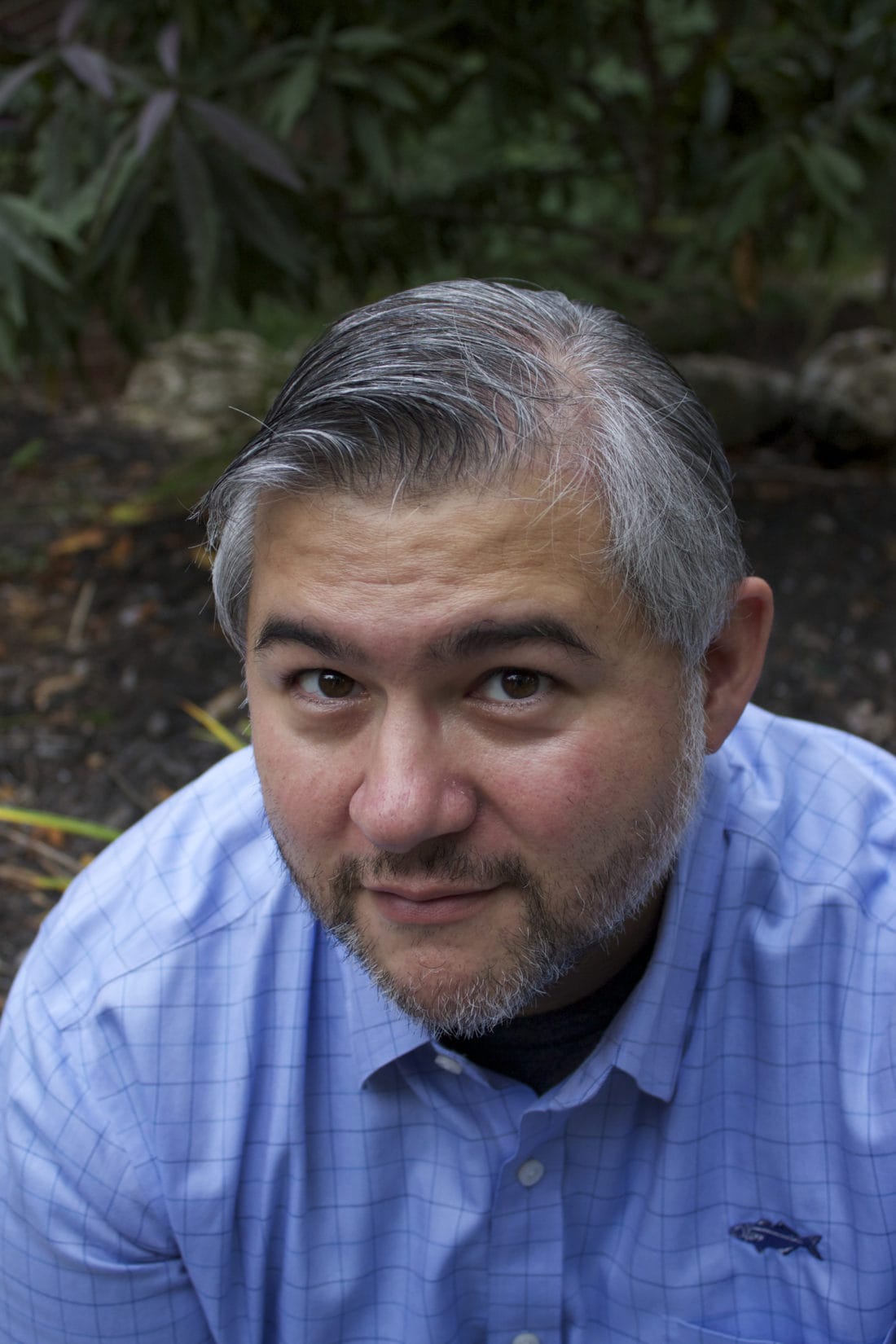 So the burning question is: Why, exactly? Why go through the trouble? Why play Van Gogh and cut off your proverbial ear? Roundabout tells the story of a man named Ovid, who slowly realizes he is a character in a book, and his author wants to kill him. It’s like Stranger Than Fiction gone … well, even stranger. So what’s the point?

Nguyen chuckles at the question. And to understand his answer, he imagines you might need to know a bit about him. Currently a Professor and Director of Creative Writing at the University of Missouri, Nguyen grew up in East Windsor, New Jersey, not far from where his mother worked at the Princeton University library. He met his wife at Bard College, and during a year off from school they moved to the Long Island Sound, where he lived with her in a beach cottage with no heating or water, from which he traveled to work at a waste paper company every day. The business was soul-killing, he says. But he had his wife, and soon he had Marcel Proust.

He found Proust’s Remembrance of Things Past — otherwise translated as In Search of Lost Time — in a bookshop, and it was the first time in his life he remembers entering a trance-like state of reading. There was a magic and a challenge in how the words meshed together. Proust “just did impossible things with language,” Nguyen says. “And I found I wanted to do that, too. That was my inspiration. And it’s what drove me to want to build my life around the activity of being a writer.”

Don’t miss that last part: “the activity of being a writer.” Writing is not just about the end result, in Nguyen’s mind. It’s also about the aesthetic and the struggle of the activity itself. The power is in the doing. Why else try something so confounding as constraint writing?

So he wrote short stories, a form that fit his desire for both lyricism and challenge. He went on to have his pieces published in more than 50 literary journals, including Agni, River Styx and the Iowa Review, and eventually served as chief editor of the Cream City Review. He worked at Gateway Community College in New Haven, Connecticut; studied for his PhD at the University of Wisconsin-Milwaukee; then moved to Missouri for a job at the University of Central Missouri in 2007. It was only last year that he moved to Columbia for his current job at MU. But during much of that time — before he even thought of the concept for his Tom Sawyer spin-off, The Adventures of Joe Harper — he was working on what would become Roundabout.

The book, out with Moon City Press this month, is not a simple read, nor is it an orthodox one, but there’s something lovely and enticing about its inherent meta-ness. Roundabout’s very existence is a work of art — the fact that so many words without “e’s” can coherently exist together is, in and of itself, a kind of miracle. The story switches perspectives between first person, second and third; past, present and future tense; novel, poem and play. The main character, Ovid, is put on trial by the author. The reader becomes a character in the story. The book is circuitous; this is intentional. Why else call it Roundabout?

Okay, so sure: Why? Why write such a looping, unusual story?

Because, Nguyen believes, sometimes the best ways to confront the topics we avoid is by hyperbolizing that avoidance. Sometimes, to unleash the subconscious, we must give it limits. The English language has a power that will surprise us every time, if we allow it the power it deserves — and if we, as the wordsmiths, cede some control.