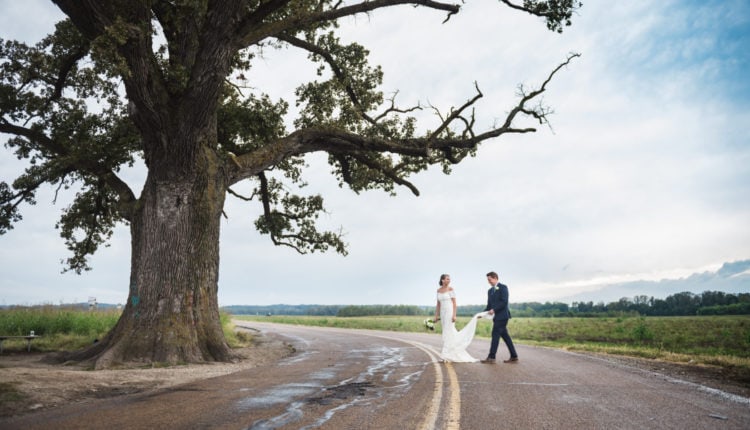 Rachael Renee Buxton and Kendall Lee Pearl chose a historic — and majestic — site for their wedding ceremony: The Big Tree, aka The Champion Bur Oak, in McBaine.

History is something of a common thread for the couple. They met in 2010 at a spot with a historical sounding name, the 1839 Taphouse. Rachael was bartending after graduating from Mizzou and Kendall became a semi-regular patron.

A sense of history and tradition also played a part when Kendall proposed in December of 2018. He booked a suite at the Intercontinental Hotel on the Plaza in Kansas City. Seeing the famous Christmas lights each year was one of the couple’s favorite things about their first home they shared together which was a few blocks west of the shopping district, but they had since moved to Overland Park, Kansas. Kendall proposed on the balcony, with the lights in the backdrop. 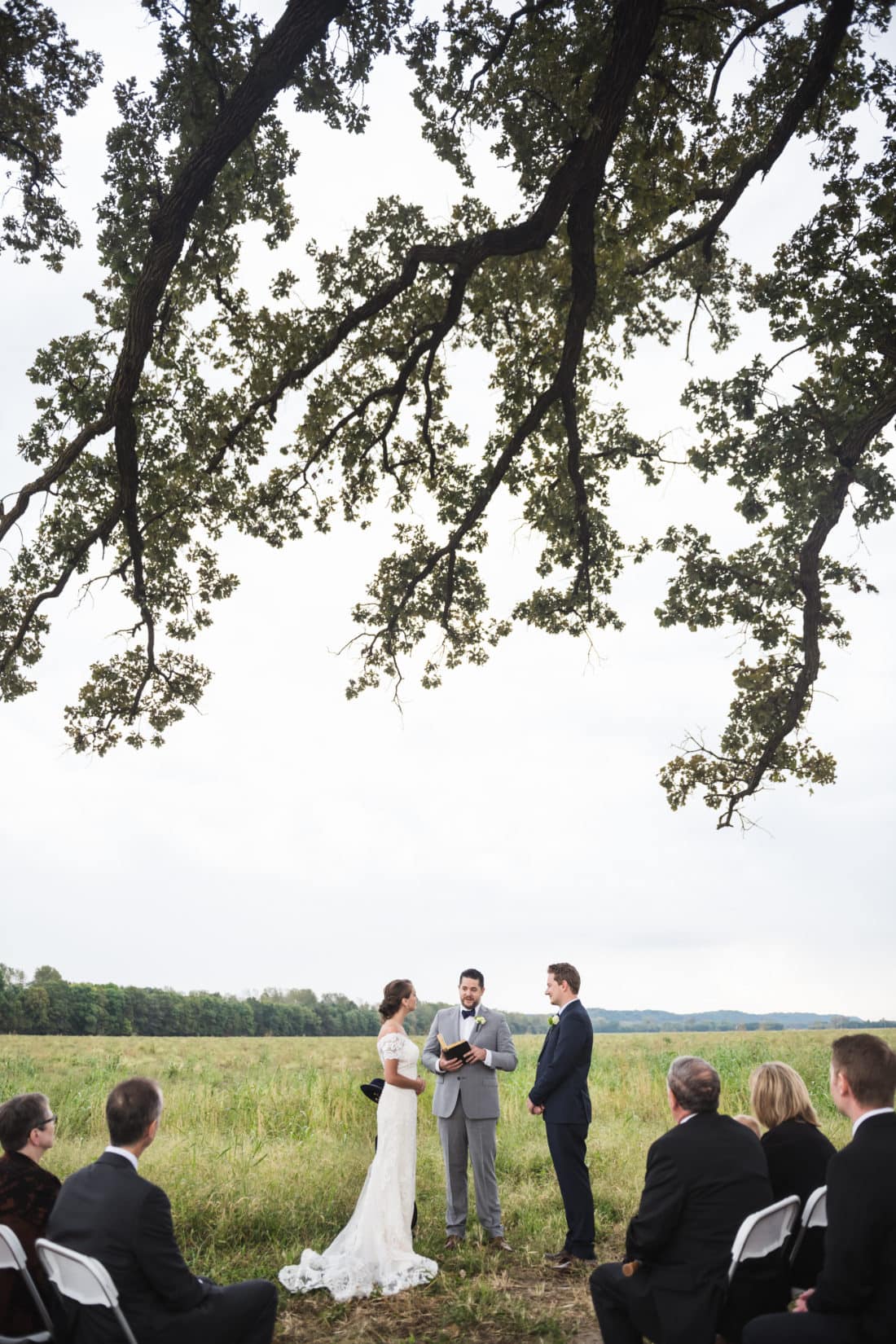 The couple let the natural beauty of The Big Tree and surrounding river valley provide the décor on Oct. 10, 2019, when they exchanged vows written by their officiant, close friend Aron Cowsert of Veteran’s United. It was a very simple and intimate civil ceremony and their only guests were immediate family and Aron and his wife, Jaclyn Benigno, a close friend of Rachael’s.

Rain was forecast on and off for the entire day, which had Kendall constantly checking the radar. Upon arriving early with Aron, he saw the clouds begin to part. Even more amazingly, they realized the 130-foot canopy of the sprawling tree had kept the ground beneath it completely dry.

“The 350-year old Champion Bur Oak has been there through the Civil War, floods, droughts and lightning strikes,” Kendall says. “Regardless of all it’s been through, it stands tall bearing its scars and protecting those that reside beneath. Having our loved ones nestled underneath it to share in this intimate moment amidst the vast flood plain gave us a great feeling of harmony and peace with the ones we love.”

The groom wore a navy and light blue checked slim fit suit by Calvin Klein. His boutonniere, which featured the same flowers as Rachael’s bouquet, was also created by Jaclyn.

Following the ceremony, the newlyweds traveled into Columbia to pose for pictures on Francis Quadrangle. They then enjoyed an intimate family dinner in the private Cellar Room at 44 Stone Public House, with a white cake with cheesecake filling and cream cheese frosting. After, they headed to 9th Street Public House for drinks.

The couple spent their honeymoon in Costa Rica riding horses on the beach at the Westin Playa Conchal and lounging in thermal hot springs deep in the jungle at of the Guanacaste province.