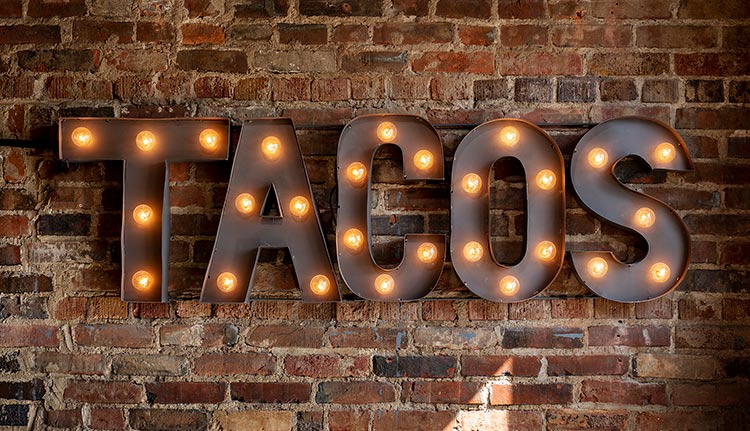 6 CoMo tacos that are good as shell.

Tacos are taking the country by soft-shelled storm. Whether you prefer yours atop a corn tortilla or tricked out with all the toppings, Columbia’s Mexican food scene is nothing to shake a side of salsa at.
You don’t have to be a Mexican food expert to know what a steak taco is, but what about carne asada? More authentic fillings and meats are in the national spotlight, and Columbia restaurants are right on trend. The below tacos offer a little something for everyone, including a vegetarian option, but if you’re like us, you’ll want — nay, need — to try all six. 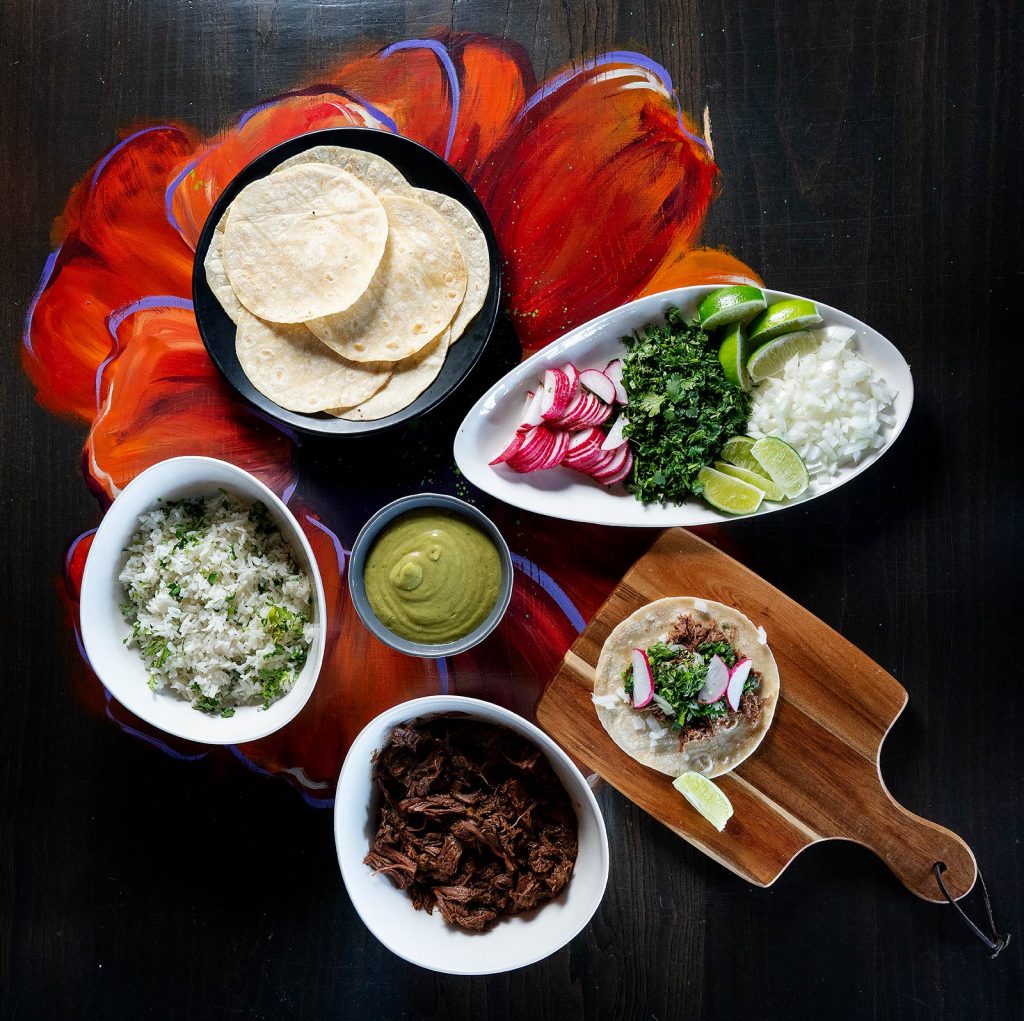 Casa Maria’s Mexican Cantina
The barbacoa tacos are the most popular menu item at Casa Maria’s, owner Crystal Umfress says. “Barbacoa is a very traditional Mexican meal that almost always makes an appearance at birthdays, baptisms and weddings.” What’s not to love about these festive, fiesta-worthy favorites? They’re cause for celebration in and of themselves!
Casa Maria’s barbacoa tacos are made with beef shoulder and topped with radishes, cilantro and onion and served with avocado salsa. Order the tacos family style and then amend them till you find them amicable to your liking.
Try it with: A tropical or lime mojito. 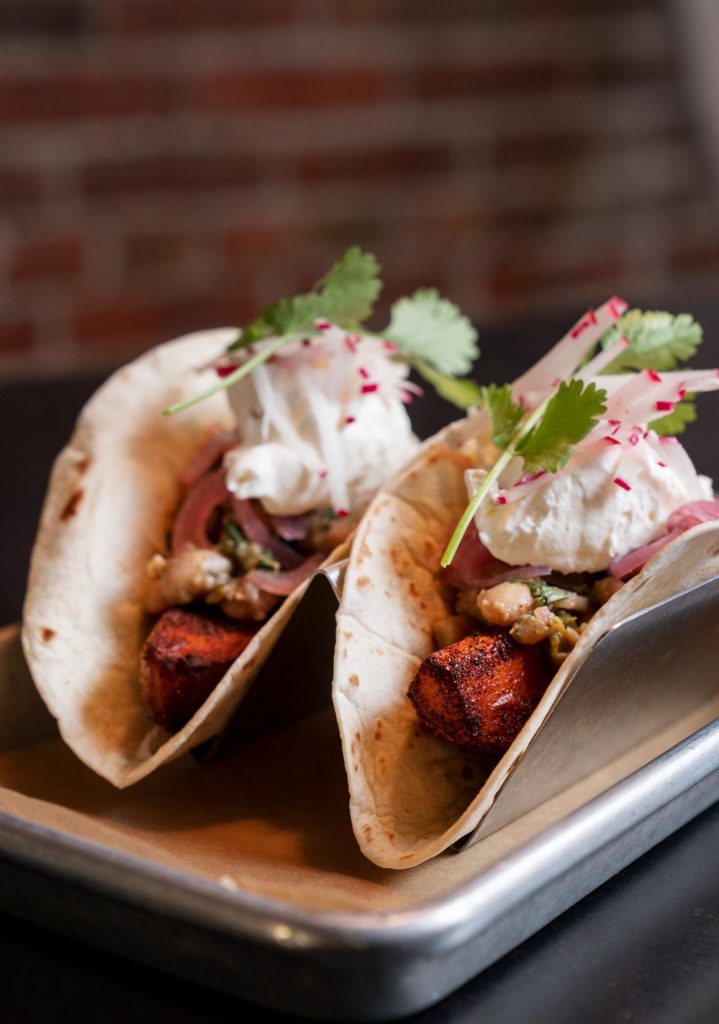 44 Canteen
The sweet potato tacos at 44 Canteen are one of the menu’s OGs. When it first opened, there were only three tacos on the menu, owner Mark Sulltrop says, but despite adding entrees and burgers, “tacos were what everyone wanted.”
The sweet potato tacos get tweaked a little depending on the season. When fresh corn is available, Sulltrop adds it into the roasted poblano topping. But no matter the time of year, the tacos are always topped with a house-made crema — what Sulltrop calls the Mexican version of sour cream.
Try it with: A Logboat Snapper IPA 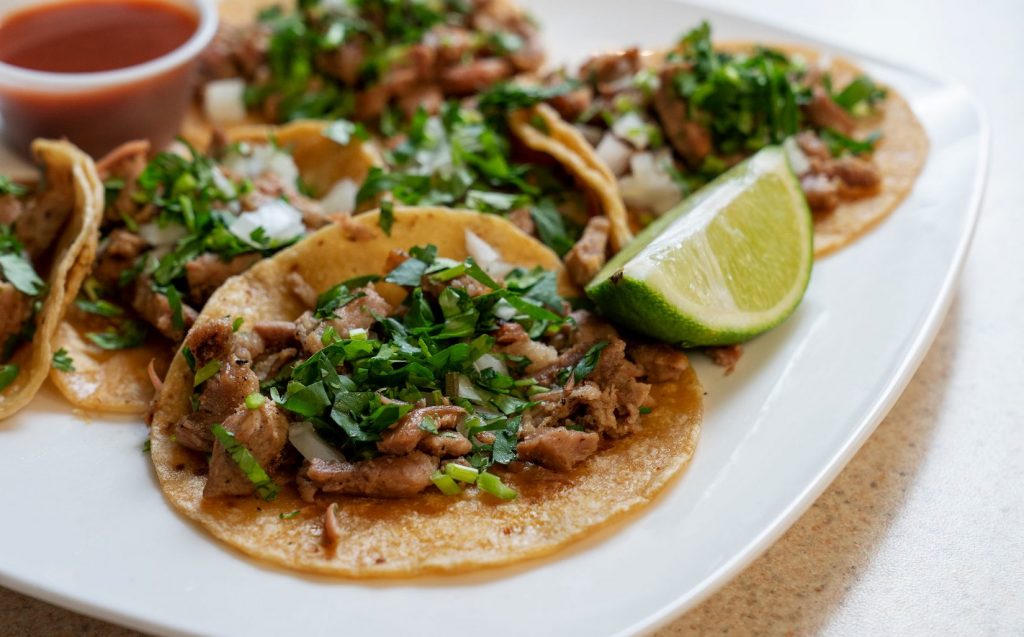 Their grilled carnitas tacos are made with — you guessed it — grilled pork and topped with their standard onions and cilantro as well as a red carnitas sauce. No wonder so many customers like to “pig” out on them! Try it with: An iced tea 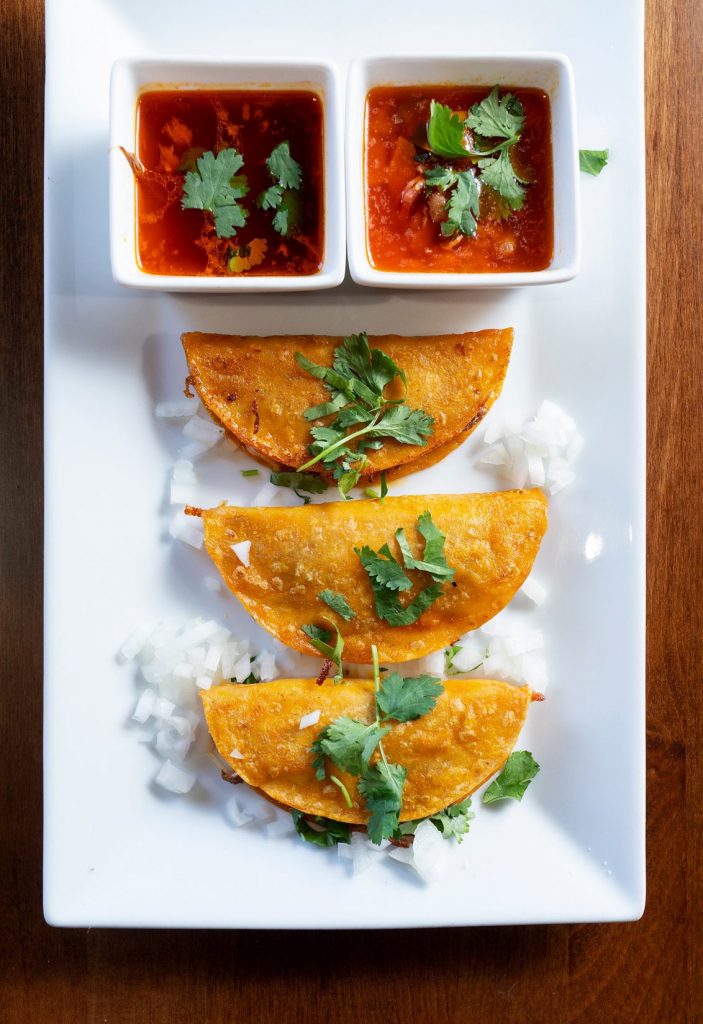 Delia’s Mexican Grill
Although birria is traditionally made with goat meat, Delia’s prepares their birria tacos with beef (good news for our cover model!) as it’s more readily available. Birria almost always comes with a dipping sauce, and Owner Delia Garcia says theirs is made with the spiced broth left over from cooking the beef.
A few of the spices include cumin, bay leaf, garlic and Guajillo chiles. The tacos are topped with cilantro and onion and served with dipping sauce.
Try it with: A Dos Equis 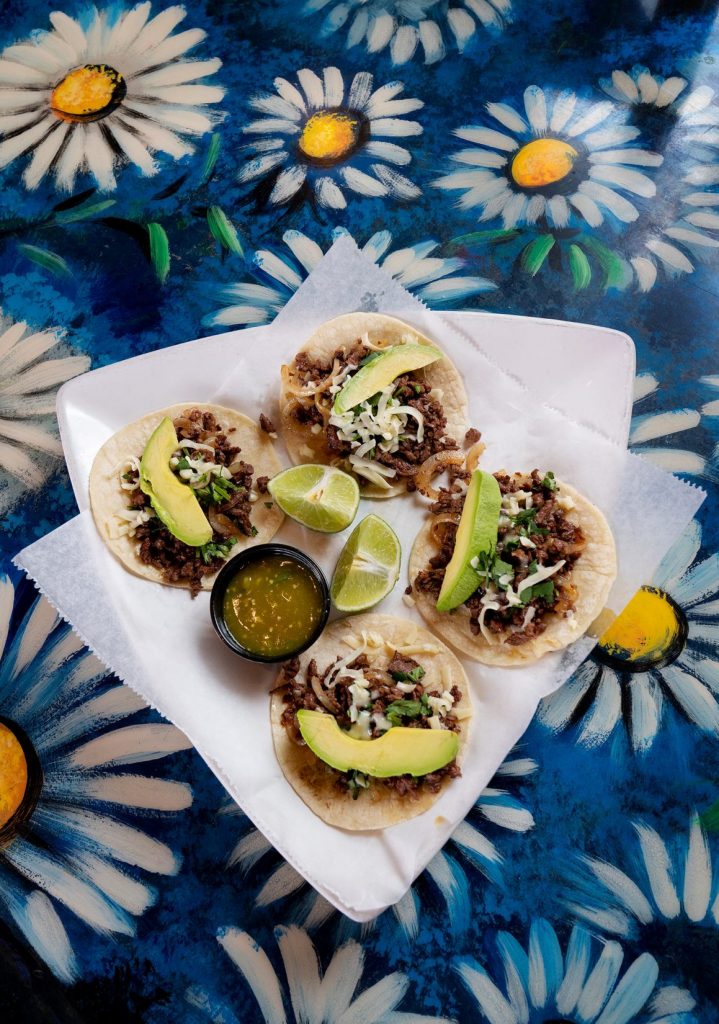 Las Margaritas
Traditionally, carne asada is prepared with steak, but Las Margaritas offers their version of this taco with either chicken or steak. Carne asada is usually cooked with a marinade and some searing to impart a
charred flavor.
Although their menu offers a wide variety of Mexican dishes, “Tacos are definitely a top favorite,” Owner Francisco Esquivel says.
For their carne asada especiales tacos, they’ve been using the same marinade since they first opened, he says. The tacos are topped with grilled onions, cilantro, queso fresco and sliced avocado.
Try it with: A classic top shelf margarita 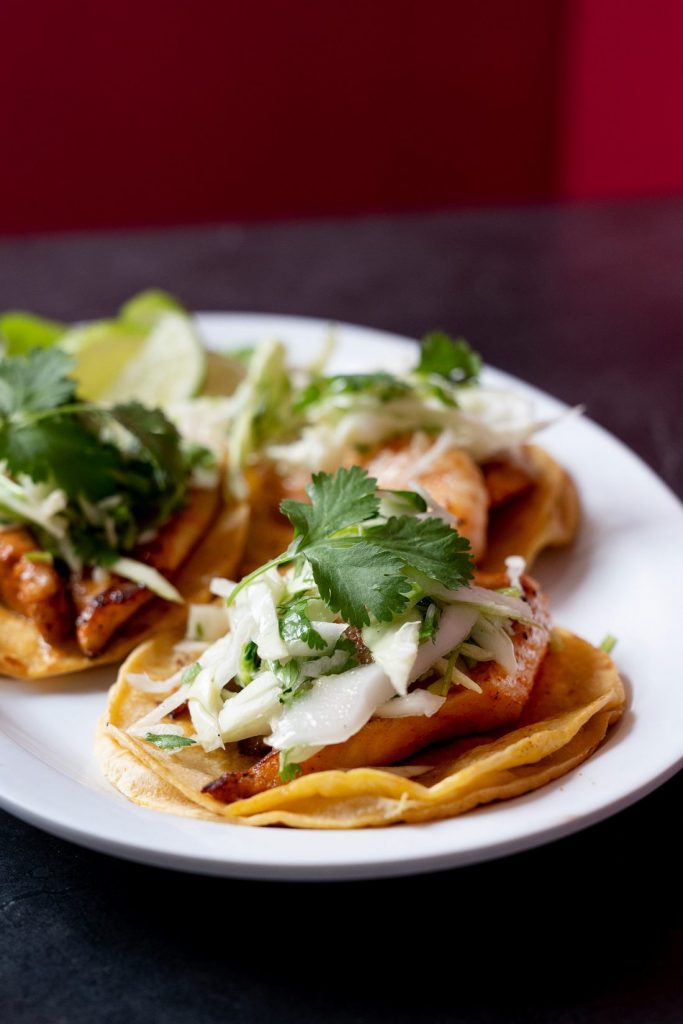 Taqueria Don Pancho
At Taqueria Don Pancho, the seafood tacos are served your way. You can order the taco trio either as all tilapia or all shrimp or do one or two of each. The tacos get topped with a pickled cabbage and cilantro mix, then the rest is up to you. It’s a “reel-y” great chance for you to finesse your fish or shape your shrimp.

Sauce options include avocado, chile de árbol or roasted jalapeño. Co-owner Francisco Rutiaga recommends either the jalapeño or chile de árbol sauce. “I like my food spicy, so I use one of the spicy sauces, and then a couple pickled onions inside the tacos as well,” he says. “I feel like it’s perfect.”
Try it with: A grapefruit Mexican soda