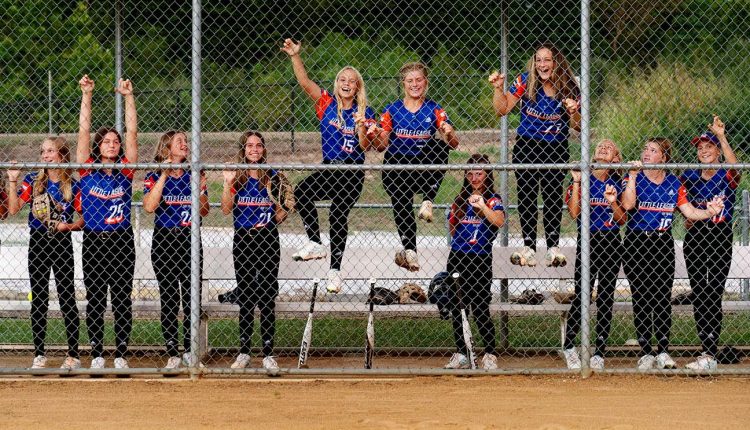 Talk about winning one for the home team. The Daniel Boone Little League (DBLL) softball team took home a history-making third place win in the Little League World Series this past August. 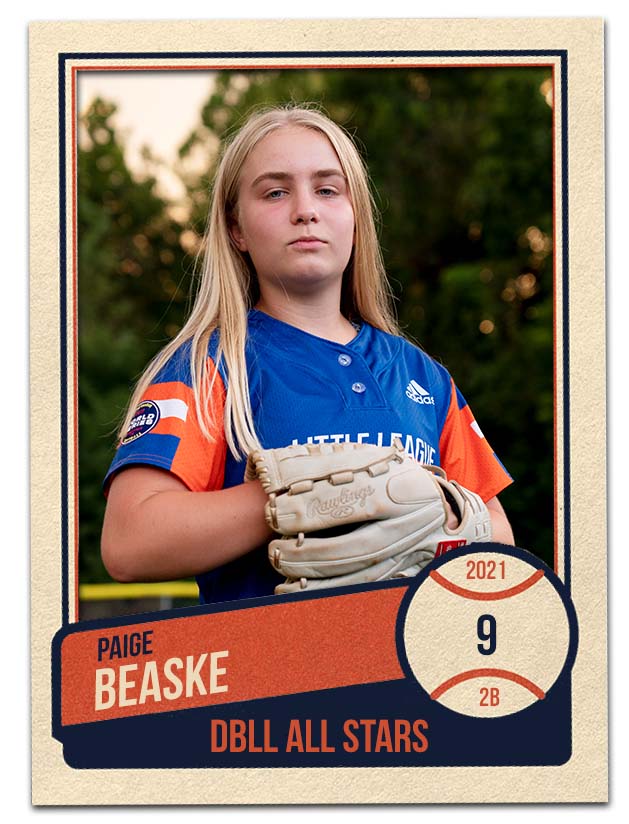 A LEAGUE OF THEIR OWN

Established in 1959, Daniel Boone Little League today has teams for baseball (boys) and softball (girls, added in 1974). The league owns and operates a 36-acre, 10-field facility at Chapel Hill Road and Scott Boulevard, inside The Columbia Insurance Group Sports Park. To be eligible for the league, players must live or go to school in Boone County.

In 2006, the league’s baseball team made it to the Little League World Series. Sadly, they failed to advance past regional play at the LLWS. Their day will hopefully come, and when it does, they’ll be following in the footsteps — or around the base path —  of the 2021 softball team.

Prior to playing at the World Series, the softball team, considered the DBLL All Stars, played at the state tournament. “What’s really cool about the All-Star team is that it’s voted on by the kids,” Britton says. “You’re being selected by your peers. The coaches take the voting and put the teams together, ultimately to be able to have as much success as we can.”

But, he stresses, it’s not all about winning. At the series he says, “We played 14 games total. We had a conscious effort among the coaching staff to get the girls as much playing time as possible, but still be able to win some games. Fortunately, every girl on the team got to start a game. Little League has mandatory player rules. For 13 girls on a team, the player rule is that every girl has to bat once in a game, which we were able to do.

“These girls play a lot of softball. Playing time looked a little different. All players contributed in some way to the success of the team.  Maybe not at positions they played all the time, on their travel teams, but everybody got to play a lot of softball at a high level,” Britton says. 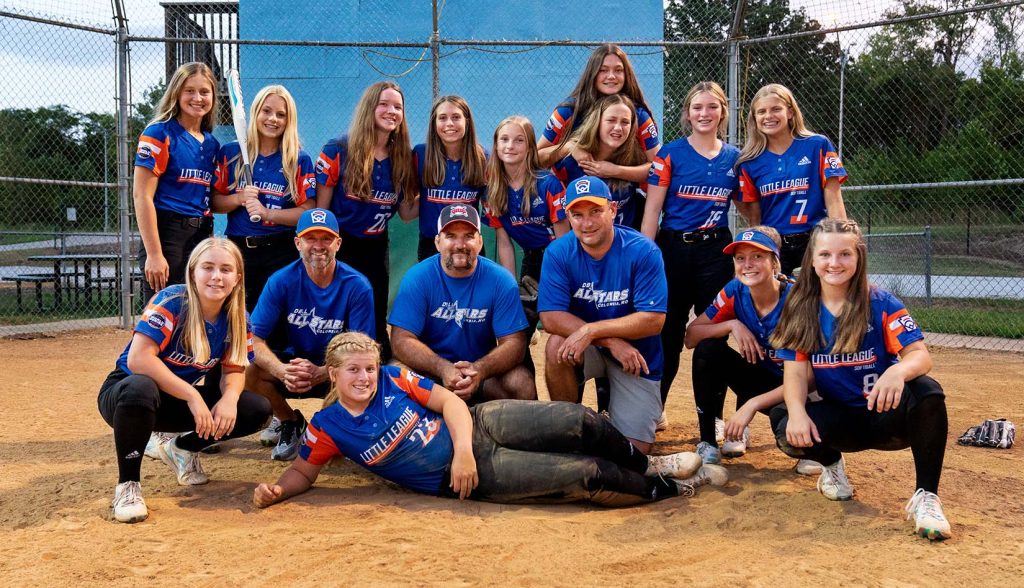 Britton first got into coaching the DBLL All Stars in 2015, when his daughter Gracie started playing with the local little league chapter after moving to Columbia. “From there, it’s really just been a growing relationship,” he says. He coached the LLWS team with fellow player parents Kerry Bush and Steve Regan. “Most of the girls on the team have been a part of an extended family for many years.”

Coach Britton’s passion for the team is apparent — and not just because he’s a parent: “Sports is something that transcends all socioeconomic backgrounds,” he says. “What’s nice about it is, it gives everybody the opportunity to do something.” It literally levels the playing field, if you will. “It’s an avenue for these girls, specifically the Little League World Series,” Britton says, “to do something that no one has ever done. They wrote history.”

As a former collegiate wrestler at Iowa State, then a coach, Britton feels that for him, coaching is a calling. “I wanted to coach because number one, it was my way to give back, and number two, I knew what type of coaching my kids were going to receive. Sports have taught me a lot of things and I wanted to pass some of these things onto others.” He has coached youth sports for nearly 20 years.

Britton explains the strategy behind the team’s World Series success. “We were fortunate to have four solid pitchers,” he says. “We needed Afton to play in the outfield. So while her preferred position might be at pitcher, defensively we were better as a team with her in the outfield. Hayden is one of our pitchers too, but she’s also our shortstop. So, again defensively, we had Kennedy Watson, who’s also a great pitcher, throw more innings than Hayden, only because defensively we’re better, and offensively, that gets Kaitlyn Romanetto’s bat in the line up.”

“It’s all been a whirlwind,” Britton says. “I mean, COVID protocol alone threw a wrench in the system. Normally, at the World Series, girls have been able to trade pins and interact with other teams. We were put into team pods. The team and the coaches, and my wife Sarah, who was actually our female advocate, traveled separately from the parents. These girls are 12 and 13 years old, so it’s the first time they’ve traveled for this long without their parents.” Regionals were five days in Indianapolis. When the team advanced to the finals in Greenville, North Carolina, they were gone for 12 days.

At the series, the sponsors of Little League provided team-issued Adidas uniforms and Easton provided equipment. “One girl equated it to a free shopping spree,” Britton says. The girls were treated like rock stars. Doing media interviews, ESPN and the network coverage made the team nervous. “But we just tried to make it about softball. The first game, we were flatter than a pancake,” he admits. “First, three days of travel, then equipment checkout, orientation, the first time away from parents — the emotional and nervous energy got to us. But once we started playing softball we got into a rhythm.”

The team faced COVID tests every other day and a fairly strict schedule. The coaches worked hard to find time in between for the tweens to have fun, with breaks such as a pizza party. “We had four straight days of pool play, then a day off, which could have not fallen at a better time,” Britton says. “Our day off fell right between pool play and bracket play, so thanks to the support of Boone County, we were able to charter a bus to take us all to the beach, about an hour and a half away. We surprised the girls. They actually got to spend time with their families,” Britton says. “That was one of our goals: for them to get as much experience as they could in softball but also in life experiences. We had one girl, it was the first time she’d ever seen the beach. That’s an experience she’ll never forget.”

The team lost to Oklahoma 0-7 in the semifinal game. But for Britton, the other coaches and the team, they felt the championship game actually happened in the semifinals. “I think the Oklahoma coaches would agree,” he says. “We didn’t take care of business right up front to be able to put us in a good position. Then we played Texas in the third place game. We put together a great game. Finally. Our hitting came alive, our pitching was great. Our defense was always solid. Everything kinda clicked. And we finally had the kind of game that everybody knew we could play. It just happened on the wrong day. But that’s sports. And we beat Texas 10-1.”

Of the whole experience and the team’s historic win, Britton says, “We were able to do, maybe, a little bit more philosophical work with the girls. Trying to get them to understand this is bigger than us.”