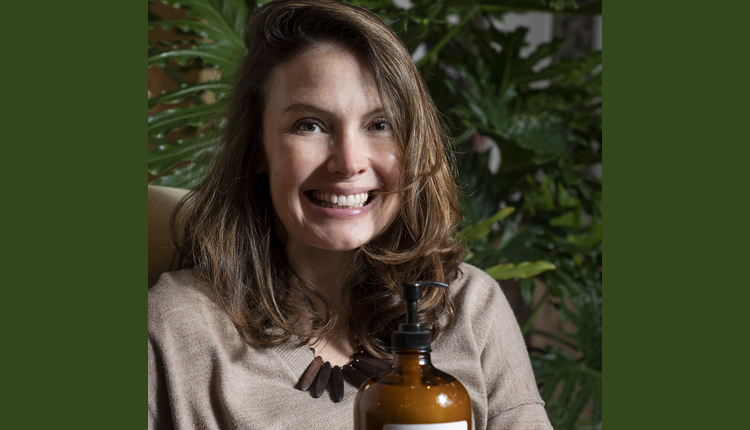 Leah Christian hopes to make impact through The Clean Refill.

L eah Christian has always been a bit of an environmentalist.

It was something she always had an interest in thanks to her parents, so it shouldn’t come as much of a surprise that Christian has taken that environmentalist bent and turned it into a business.

In August, Christian started The Clean Refill, which provides cleaning, bath and beauty products in reusable containers and seeks to reduce plastic waste.

But starting The Clean Refill wasn’t always the plan.

When Christian first moved to Columbia 12 years ago, she worked at the University of Missouri where she managed an Environmental Protection Agency (EPA) pollution prevention grant with a colleague. During her five years in that position, Christian says she learned so much about how businesses can reduce their environmental impact and how easy it could be, since most of it came down to the systems in place.

During that time, she also pursued her master’s degree in public administration. After graduation, Christian took a position with the city of Columbia as a management fellow, where she worked directly for the City Council. She says she learned a lot about the legislative process and even worked with former City Council member Barbara Hoppe, trying to initiate a ban on plastic bags.
It was during that process that Christian first began to really delve into the issue of plastics.

“There’s just so much single-use plastic and plastic doesn’t get recycled to the extent that we think it does. A very small amount of plastic actually gets recycled,” Christian says.

According to the EPA, less than 10 percent of the plastic that has been produced since 1960 has been recycled.

“Plastic is just so all pervasive and then it gets into our soil, it’s in our water, it’s in our air even,” Christian says. “We discovered that we actually had people that work at the landfill that chase plastic bags around and they get paid per hour.”

It was then that Christian began to cleanse her own home of much of the single-use plastic in her household items, replacing them with glass bottles that could be cleaned and refilled.

And that helped plant the seed of the business Christian would go on to create.

After working with the City Council, Christian says she was promoted and began to work as a transportation planner. But she also was starting to feel constrained and wanted to explore other options. 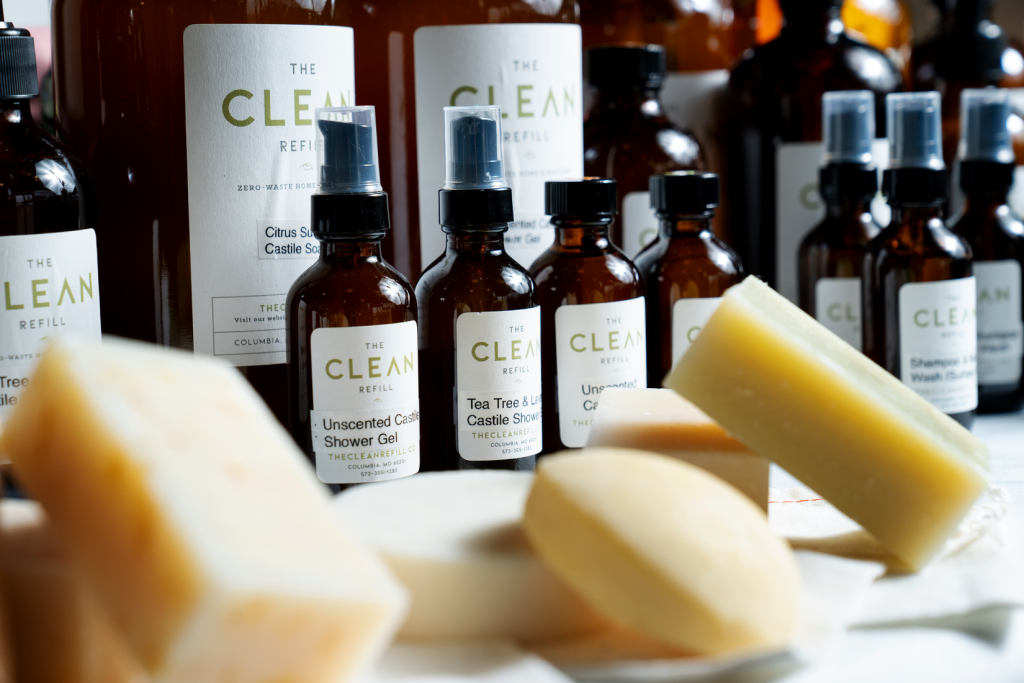 So Christian left her city job not knowing what she would do next, but with the support and encouragement of her longtime partner.

Then the COVID-19 pandemic began shutting down businesses and much of normal day-to-day operations — including recycling services in the city of Columbia.
In July 2020, the city indefinitely suspended curbside recycling citing staffing shortages and a declining market for recycled materials. The service was not restarted until February.

During that period, Christian says she saw the plastic being accumulated and came up with the idea for her own zero waste business: The Clean Refill.

“It took me forever,” Christian says with a laugh as she recalls the start of her home-based business.

Here’s how it works: Christian says she orders products that come in either 50-gallon containers or five-gallon buckets that she is able to return to the manufacturer to be reused. She then fills a variety of glass bottles with the different products, though customers can use their own containers if they would like. The idea is that the customer will keep the same container and use it for refills.

Used containers are brought back to Christian’s home, where she uses a high-pressure rinse before air drying and sanitizing using a UV light in an old sauna room in her basement. (For those using their own containers, Christian has included a guide on how to clean them between uses at thecleanrefill.co.)

“It’s pretty labor intensive,” Christian says of the process. “But it is satisfying.”

Right now, The Clean Refill offers delivery or customers can refill at one of Christian’s pop-up stores, which have included being at Main Squeeze on Wednesday evenings as part of Women-Owned Wednesdays and at 110 Orr Street on Thursdays and Saturdays. But Christian’s long-term plan is to have a storefront where people can easily come during store hours to refill containers or buy new products.

“For me, it’s about the initial impact of OK, here’s a bottle that we’re keeping out of the waste stream, but it’s also, in my mind, getting people to think about it,” Christian says.

The more people think about their own carbon footprint, the more aware they can be of how to make positive changes. And as more and more businesses incorporate green policies, the impact will only grow.

“The idea is for businesses to become more circular where everything that you use can either be reused or repurposed in some way,” Christian says. “And more businesses are starting to do that. … As a business owner, I’m hoping to be a part of that movement.”

Learn more about The Clean Refill at thecleanrefill.co or find them on Facebook.