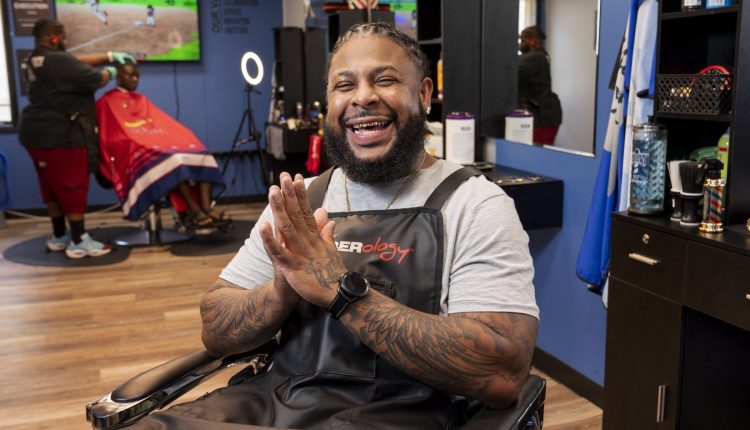 Tucked into an office building off Vandiver Drive, Johnny Johnson and his partner, Robert Bell, are quietly growing a business that offers good looks, good grooming and a positive attitude for their clients. About four months ago, they started IV (pronounced as the Roman numeral 4) Ever Faded Grooming Salon, a two-station salon that cuts, styles and grooms people of all sexes and ethnicity but serves a mostly male, mostly African-American clientele. Their focus is on making all their clients confident and pleased about the way they look. “Men like it when they feel sexy and well-groomed,” Johnson says.

But Johnson is concerned about more than what his clients look like. He cares about what’s going on inside them. “I want people to leave here feeling positive and inspired to reach their goals,” he says.

Johnson was raised in Columbia, where he developed a fascination with grooming. He graduated from Sam Brown’s Cosmetology Institute, and he credits his education there with his ability to provide more than just haircuts. Now, more than 10 years since graduating, he laughs about being in a school with mostly women, but his love of grooming was stronger than any discomfort he felt about being one of a few males among female classmates. “Men realize that grooming doesn’t make them more feminine,” he says. “It makes them feel confident and positive about themselves.” 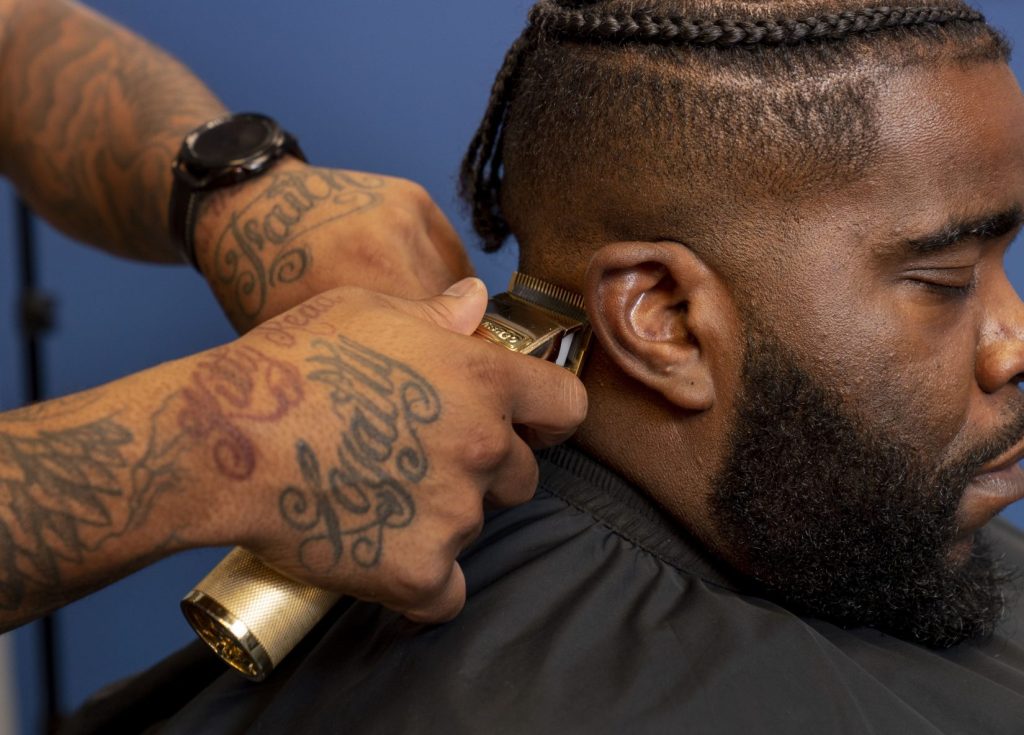 The salon’s name comes from the popular “fade” haircut. Depending on the variation of the cut, the fade can start high, near the top of the head, or lower, nearer the ears. The fade originated as a military cut but has gone on to become a cool men’s — and occasionally, women’s — style. It is just one of the many options that IV Ever Faded offers. As he describes the King’s Treatment, the top-level grooming option the salon provides, Johnson is as enthusiastic as a chef, explaining the mouth-watering main course of a meal. “We can do any cut, including a beard trim. Then we use aloe vera for a straight line on the forehead, finishing with a warm towel after a shave. Finally, we use shea butter oil for a sharp look.”

Clients find their way to IV Ever Faded Grooming Salon by word of mouth and the internet. Open six days a week (and occasionally seven when demand warrants it), Johnson and Roberts work by appointment only. Their salon doesn’t fit the stereotypical image of a barbershop where groups of men hang out and talk sports or pass on the latest male gossip. They rely on booksy.com to schedule those appointments.

Johnson tries to live his values — aesthetically and spiritually. He’s a stocky guy, and even wearing gym clothes and coming fresh off a basketball court, he has a style all his own. Everything he wears is color coordinated: gray leggings, black shorts and an MU shirt. A miniature striped barbershop pole hangs from his neck on a gold chain. “It’s a gift from my girlfriend,” he explains. His beard is trimmed, his skin looks healthy, and his dreadlocks are four-years long. His voice colors his conversation with a personable, genuine tone.

As he points out the two barber chairs and the surrounding grooming stations, he is framed by signs with positive messages on them, such as “Stay Humble and Hustle” and “Never Give Up.” Directly above his head is an inspirational poster that former MU Basketball Coach Cuanzo Martin gave him. It’s no coincidence that Johnson has a long history of cutting the hair of MU student athletes. To be on a winning team, the athletes need to maintain a positive attitude and a strong motivation to do their best. Johnson says that is as important as good grooming is to young people; a positive attitude is even more crucial to their success.

If Johnson is a model of good grooming, he’s also a role model for his younger clients. He is living proof that a positive attitude can lead to success. “I love what I do, and everything else has followed from that love,” he says.

Success in a grooming salon depends on attitude, skills and the ability to connect with people — honestly and with a genuine concern for their wellbeing. After spending 20 minutes talking to Johnson, people will understand they’ve spoken to someone who can take the message of success and respect for others and translate it into the mid-Missouri community.

Mizzou Wheelchair Basketball Tailgate To Dribble Into Your Weekend