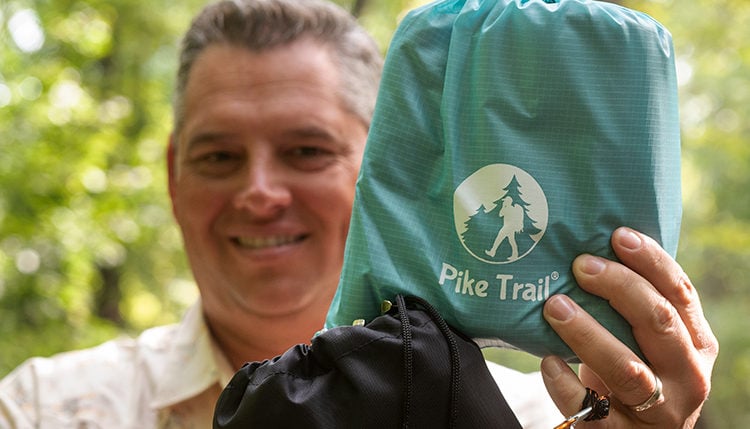 From Passion to Profit

What do spine surgery and camping gear have in common? A lot, according to Josh Hendershott. The spine-specialist turned inventor launched a line of pocket-sized camping gear in 2017 and recently one of his products was featured on “NewsWatch.” But, according to Hendershott, the idea for his company, Pike Trail, started much earlier than 2017.

“I remember carrying a Swiss Army knife when I was as young as 6 or 7,” he says. “My grandpa who fought in WWII gave me his old one and I carried it everywhere I went. It was my prized possession and became my first piece of pocket-sized gear that I couldn’t live without.” As Hendershott’s love for camping, hiking and fishing evolved, gear similar to the Swiss Army knife started amassing. “Since we usually relied on our feet as opposed to a motor to get us to our destination, lightweight packable gear was key. I was always thinking about how we could reduce weight and improve quality. From these experiences, Pike Trail was envisioned years before it was brought into existence.”

And after marrying his wife, Erin, and helping to bring three daughters in the world, his collection of outdoor gear continued to exponentially grow. “Gear took on a whole new meaning of importance!” he says, laughing. He and his family’s love for hunting, fishing, hiking, camping and kayaking not only helped inspire the concept of Pike Trail, but also the name. 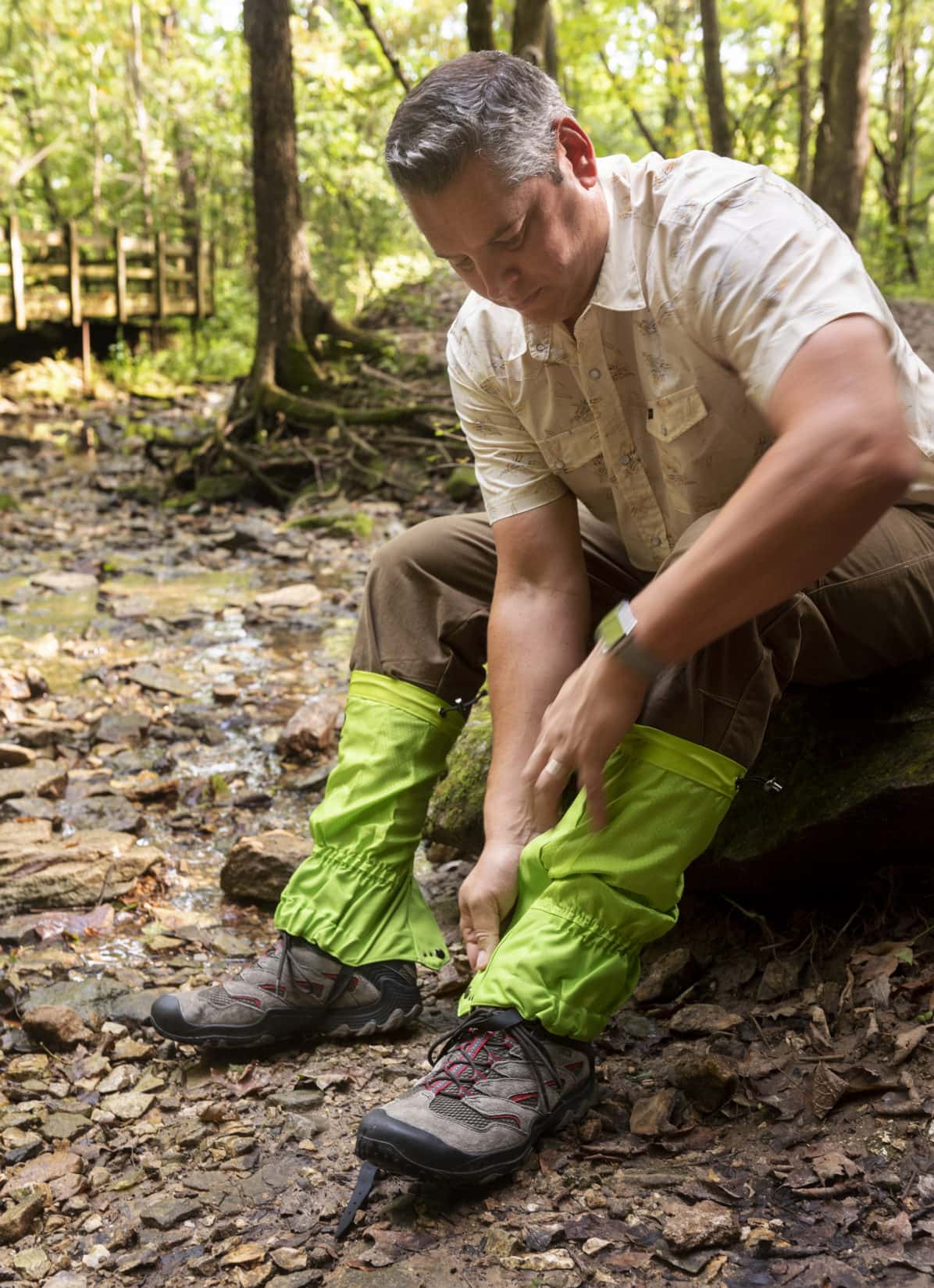 “My family (my three daughters, my wife and I) and a few friends hand-cut a trail on our property that wound through cedar trees and opened up to a bluff that overlooked the Missouri River. We had a lot of really great times on that trail — and put a lot of hard work into it. That’s where the name for the company comes from.”

Things were relatively calm in the world of Pike Trail until Hendershott received a call a few months ago from The American Movie Channel (AMC) Network, which produces and airs popular shows such as ‘Mad Men” and “The Walking Dead.” An executive had ordered a Pike Trail product off Amazon and liked it so much that he decided he wanted to learn more about the entrepreneur behind the idea. “I got a phone call from the AMC office saying that they wanted to do a shoot with our products, and that turned into a review lasting more than 2 minutes on a show called ‘NewsWatch,’” Hendershott says. The review aired on Aug. 26 and featured Pike Trail’s gaiters, which cover the gap between your shoe and pant and keep snow, dirt and water from going into your shoes and fold up and fit into a little bag and are ruggedly designed with stainless steel buckles to last longer.

When it comes to working both as an entrepreneur and as a spine specialist for NuVasive, Hendershott says it’s a big adjustment. “Dealing with international suppliers requires either staying up very late or waking up very early to answer emails and communicate my needs,” he says. “Since, I’m an early morning person I’ve dedicated the 4:15 a.m. to 6:15 a.m. slot of my day to handle this aspect of Pike Trail’s business. I feel both spine surgery and Pike Trail work perfectly in tandem. Both actually make me better in each particular field; I’m constantly looking for ways to improve surgical instrumentation for my surgeons and am in constant collaboration with Dr. Jeff Parker (a local Columbia spine surgeon) on ways to improve spinal implants and devices.”

For other entrepreneur-hopefuls, Hendershott has one piece of advice: Stick to what you know and are passionate about. “This will be the fuel that gets you through all the challenges, setbacks and obstacles that keep most from ever realizing success,” he says. “It must consume you and if it doesn’t, it probably isn’t for you, so find something you’re more passionate about and start the process over. It’s hard work for sure but I believe when you find it, you won’t really notice how hard it really is. It becomes an obsession and the effort required to make it a success will just naturally flow.”